NBC Reporter: The Kids Are Crossing Border Because Parents Believe They’ll Get Amnesty 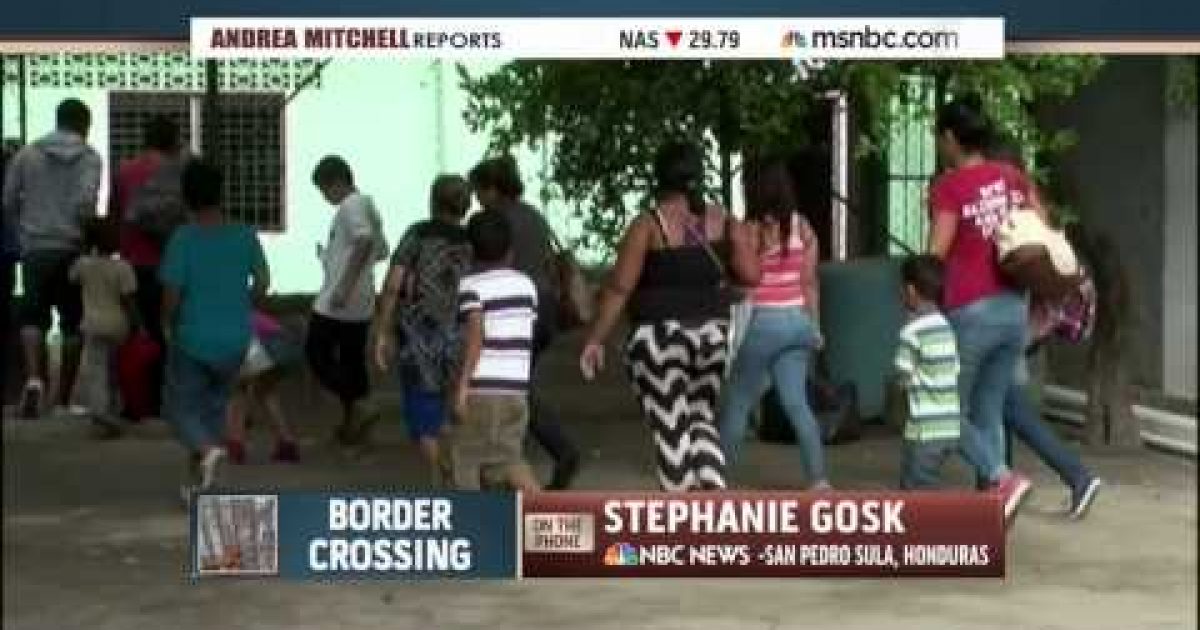 When Obama water carrier Andrea Mitchell invited Stephanie Gosk, who was in Honduras, to call her show Andrea Mitchell Reports, she might not have expected what she heard from the NBC reporter. According to Gosk, the surge in illegal immigration was caused by the rumor believed by many illegals that they won’t be sent back from the U.S., and “a misinterpretation of immigration reform language coming out of Washington that started some of the rumors.“

Gosk spoke about the violence in Honduras as one reason that children are making the dangerous trek to the United States, but then added that there hasn’t been a real spike in violence that would totally explain the surge in illegals. Much of it, she asserted, is the belief of a lot of women that if they showed up at the border at the official border crossing they would be allowed to stay, based on their understanding that immigration reform would include amnesty. Since many of the children haven’t been sent back, even if they are being held until their immigration hearings, it feeds the rumor that the kids are being allowed to stay.

Transcript and video below:

Gosk: The pressure on them just where they live and the violence they see every day is a very real part of their lives. And it is something that a lot of them talk about when they talk about reasons they are leaving. But the reasons are more complex than that as well. There has been for about a year now, this idea of flirting around places like Honduras, that when young people, when they arrive to the U.S., mothers of children when they arrive, that they are going to be allowed to stay. There was a director of one of the groups here who said that a lot of women believed if they could just show up at the border, the official border crossing and they would be allowed to stay. So there are a lot of reasons pushing people out the door here in Honduras.

Mitchell: Stephanie, it seems to have exploded this crisis with very little warning. Has the gang violence in Honduras, have the drug cartels become that much more violent recently? What’s been the precipitating factor?

Gosk: Well, the violence really has been increasing over the last five or six years. There hasn’t been a real spike in violence to explain this surge of immigrants entirely. And that’s why I add this idea that we spoke with — and this director of this particular center dedicated to kind of lead patriots, these women and children that are deported from Mexico before they make it to the U.S. And she said that it really was, in her words was a misinterpretation of immigration reform language coming out of Washington that started some of the rumors. Combined with that, you have the very real fact that there are Honduran minors who have made it to the U.S. after this treacherous journey and, by law, they stay until their deportation process is completed. And that could mean months and in some cases with backlogs, that could even mean years. So it’s going to look like to kids back there that they made it. And the kids we talk to say it’s worth the risk of this journey, which is incredibly treacherous, where they face bandits and drug cartels and just thieves to get to the border and try their chances in the U.S., even facing possible deportation.