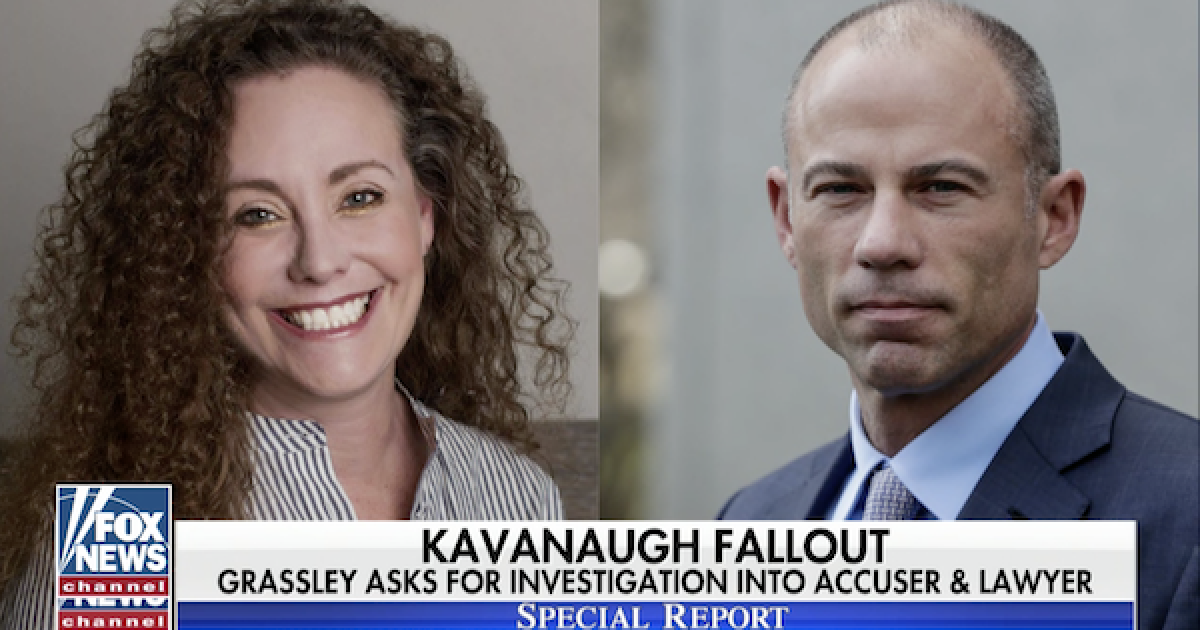 NBC has suddenly published a story totally undermining the claims by Michael Avenatti and Julie Swetnick who claimed that Justice Brett Kavanaugh spiked women’s drinks and led serial rape parties. But all its evidence was in hand as far back as Sept. 30 meaning NBC sat on the news while Kavanaugh struggled to prove his innocence.

Even as the network continued to post stories publicizing the wild-eyed claims by Avenatti and Swetnick during the confirmation hearings, NBC knew all along that the claims the two were making were suspect.

Despite knowing the claims were problematic, NBC let Avenatti and Swetnick make their claims without any contrary reporting.

This sudden publication of evidence ripping Avenatti and Swetnick only goes to show that NBC chose a side and is a partisan actor in Washington. And even worse let the hatred against Kavanaugh and those senators who voted for him build.

So, what is the story?

Well, this week, on October 25, NBC belatedly reported that during her NBC News interview on October 1, Avenatti client Julie Swetnick “back-tracked on or contradicted parts of her sworn statement.”

Swetnick alleged she witnessed Brett Kavanaugh “cause girls to become inebriated and disoriented so they could then be ‘gang-raped’ in a side room or bedroom by a ‘train’ of boys.”

NBC also just “reported” that it found another problem:

NBC News also found other apparent inconsistencies in a second sworn statement from another woman whose statement Avenatti provided to the Senate Judiciary Committee in a bid to bolster Swetnick’s claims.

In the second statement, the unidentified woman said she witnessed Kavanaugh “spike” the punch at high school parties in order to sexually take advantage of girls. But less than 48 hours before Avenatti released her sworn statement on Twitter, the same woman told NBC News a different story.

Referring to Kavanaugh spiking the punch, “I didn’t ever think it was Brett,” the woman said to reporters in a phone interview arranged by Avenatti on Sept. 30 after repeated requests to speak with other witnesses who might corroborate Swetnick’s claims. As soon as the call began, the woman said she never met Swetnick in high school and never saw her at parties and had only become friends with her when they were both in their 30s.

When asked in the phone interview if she ever witnessed Kavanaugh act inappropriately towards girls, the woman replied, “no.” She did describe a culture of heavy drinking in high school that she took part in, and said Kavanaugh and his friend Mark Judge were part of that group.

NBC knew from the beginning that the Swetnick claims were all garbage.

“But reached by phone independently from Avenatti on Oct. 3, the woman said she only “skimmed” the declaration. After reviewing the statement, she wrote in a text on Oct. 4 to NBC News: “It is incorrect that I saw Brett spike the punch. I didn’t see anyone spike the punch…I was very clear with Michael Avenatti from day one.”

When pressed about abusive behavior towards girls, she wrote in a text: “I would not ever allow anyone to be abusive in my presence. Male or female.”

So, why didn’t NBC post this story DURING Kavanaugh’s hearings when it would really have helped beat back the left’s base assumption that all the women accusing him of misconduct were telling the truth? Or before the full Senate vote on October 6th?

Well, you know why, don’t you? They didn’t want to help prove Kavanaugh’s innocence. They wanted to be part of Kavanaugh’s destruction, not become his savior.

NBC is not a news outlet. It is a partisan player for the left.

Most of this post was first seen at Eagle Rising