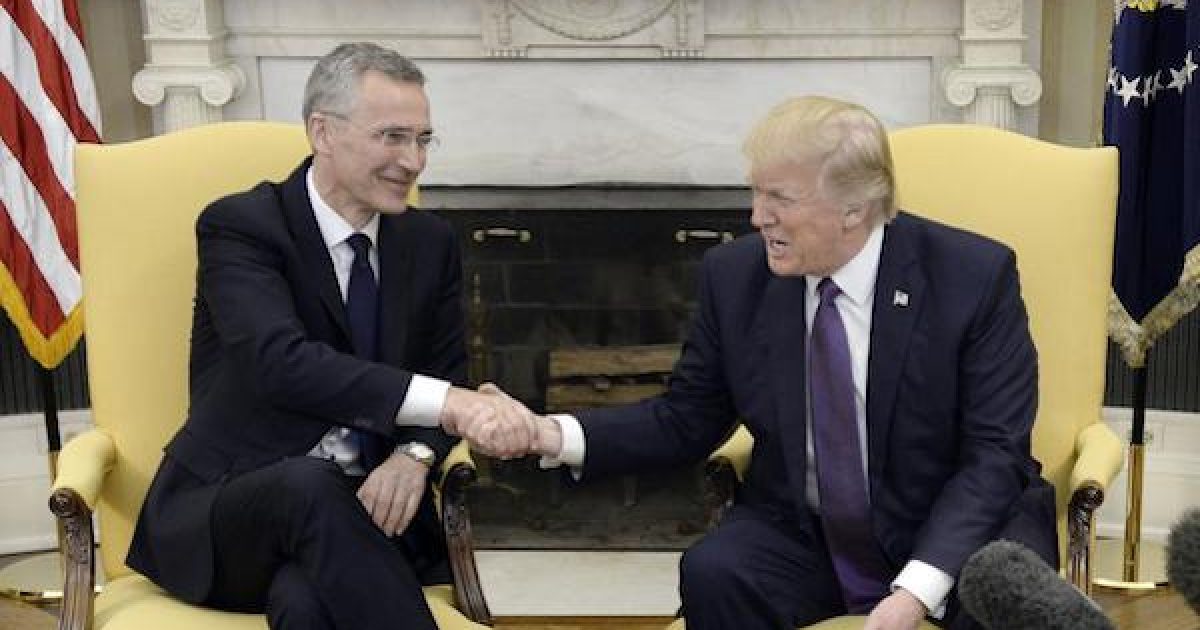 Destroying the liberal narrative that Trump is a danger to our military alliances, NATO Secretary-General Jens Stoltenberg recently praised Trump for his work with the alliance.

Liberals have said since day one that the president’s proclamations that our foreign NATO allies don’t pay enough into the military alliance have been dangerous for the organization, however, as usual, the liberals are wrong.

Calling US leadership “key” for the Alliance, the Secretary-General highlighted the “real results” seen over the past few years, including higher readiness, stepping up in the fight against terrorism, and better burden-sharing. He recalled that since 2016, European Allies and Canada have spent an extra 41 billion US dollars in real terms and that by 2020, this figure is expected to increase to $100 billion. All thanks to the American President’s leadership.

Secretary-General Jens Stoltenberg begs to differ doubled down on Fox News Sunday “So, President Trump has been very clear. He is committed to NATO,

The Secretary-General went on:

He’s stated this clearly just a few days ago and it is also at the NATO Summit in — in July. But at the same time, he has clearly stated that NATO allies need to invest more and therefore at the summit in July, last year, we agreed to do more to step up, and now we see the results.

By the end of next year, NATO allies will add 100 — 100 billion extra U.S. dollars for defense. So we see some real money and some real results and we see that the clear message from President Trump is having an impact. NATO allies have heard the president loud and clear and now NATO allies are stepping up.

So this is good news, meaning that we actually see more fair burden sharing.

“A more fair burden” shared? That sure does not seem as if Trump is destroying our alliance, does it?

The Fox host added that Trump has been excoriated for destroying the alliance. But Stoltenberg went on to deny the characterization.

“There is no doubt that his very clear message is having an impact,” Stoltenberg said. “The message on the summit last summer was very clear with all the leaders sitting around the table. And the message was that the U.S., President Trump, he’s committed to NATO, but we need fair burden sharing.”

Stoltenberg added that he is happy that the alliance is growing stronger as each of the allies get on a more even footing.

“I’m happy with the fact that he has helped us to now move the question of burden sharing within the alliance. And this is important for European allies, for a strong NATO. It’s good for Europe. But it’s also good for United States,” Stoltenberg said.

“What he’s doing is to help us adapt the alliance, which we need because we live in a more unpredictable world with a more assertive Russia using violence and force against a neighbor, Ukraine, And therefore NATO has to adapt.”

Wait a second! Trump is making NATO adapt to better defend itself against the Russian threat?  But the Democrats says the President loves Putin. Does that mean the Democrats are wrong? That will make the mainstream media very sad.

On the other hand,  President Trump liked what he heard.

Jens Stoltenberg, NATO Secretary General, just stated that because of me NATO has been able to raise far more money than ever before from its members after many years of decline. It’s called burden sharing. Also, more united. Dems & Fake News like to portray the opposite!