Our National Victimhood Fixation Will Be Our Downfall 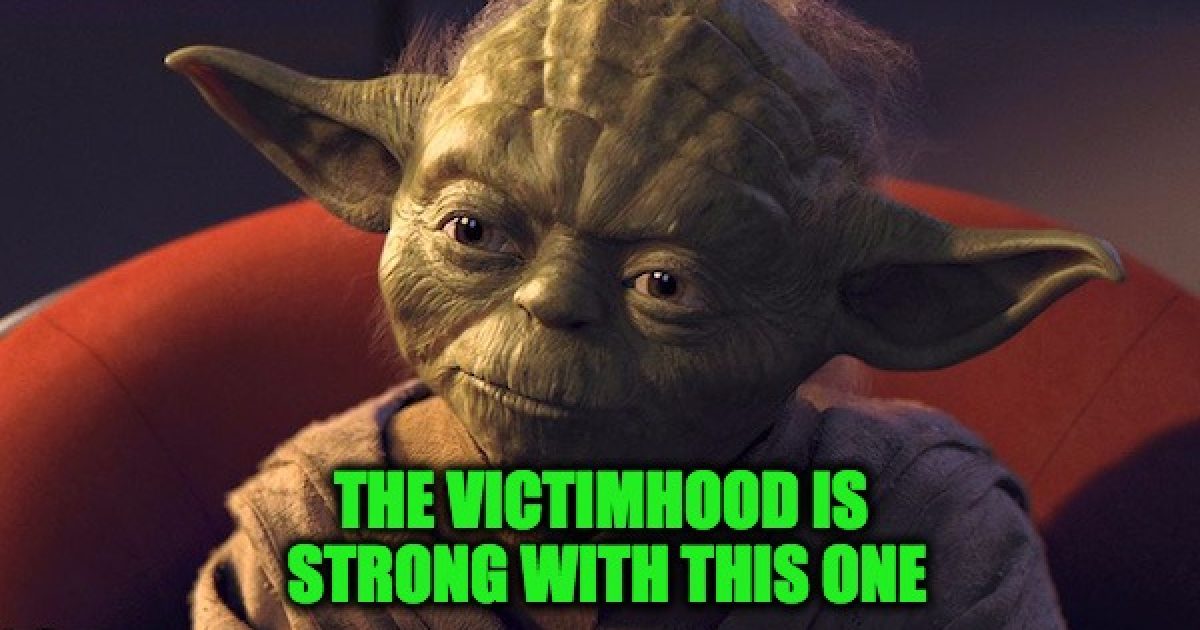 Here’s how it works: Kids (and it seems to be mostly kids) create bogus Facebook profiles and other online personae just so that they can douse their real social media accounts with vitriol. According to Sameer Hinduja, co-director of the Cyberbullying Research Center, about 6% of teens aged 12 to 17 have engaged in self-cyberbullying. This figure should be treated as a minimum because the data were gathered through self-reports. In other words, 6% of the aforementioned group admitted to self-cyberbullying. The actual number is almost certainly higher.

It occurs to me that I had in fact heard of self-cyberbullying several years before the release of this study, I just hadn’t known that the phenomenon has a name. In 2013, a University of Wyoming student, Meg Lanker-Simons, whipped her college campus into a frenzy after she anonymously posted an online rape threat against herself. Lanker-Simons was (and probably still is) a hard-left political activist.

“I want to hate f*** Meg Lanker Simons so hard,” wrote Meg Lanker-Simons. “That chick runs her liberal mouth all the time and doesn’t care who knows it. I think its so hot and makes me angry. One night with me and she’s gonna be a good Republican bitch.” [Spelling mistakes original.]

Outrage spread quickly. A rally against rape culture was held at which the “victim” Lanker-Simons spoke, followed by denunciations of the craven rape fantasist who was then still hiding behind a mask of anonymity. The coward was assumed to be one of those hated conservatives.

But then the police investigated and discovered that the threat had been posted from Lanker-Simons’ own computer.Whoops! That wasn’t supposed to happen. The coward had been hiding in plain sight all along.

It isn’t difficult to see what Lanker-Simons was trying to accomplish. First, she was portraying her political adversaries as evil misogynists. Second, she was exaggerating beyond all proportion the danger of sexual violence that women face on campus, something feminists like to do. And third, and perhaps most importantly, she was making herself a victim.

I suspect she was trying to do this because victimhood is a sought-after commodity in our society. It’s this year’s Tickle Me Elmo—people are trampling each other to get their own. Those who haven’t actually been victimized get jealous of people who have been and concoct ridiculous hoaxes to get the same degree of attention. This pathology is so bad it’s even infected the US Air Force Academy prep school.

I can hear the objections now: ‘But isn’t there such thing as a real victim?’

Of course. It would be foolish to claim that there are no real victims or that we shouldn’t try to do right by them. I myself have written about victims—of abortion, of affirmative action, and of evil, oppressive private sector nondiscrimination laws. Earlier this month, a strident atheist victimized a church of full of Christians in Sutherland Springs, Texas. But there’s a difference between helping victims and establishing victimhood as our national idée fixe. The first is admirable while the second is anything but.

This obsession with victimhood is a worrying trend. There’s no way Americans could have landed on the moon, much less prevailed at Iwo Jima and Normandy, if we had been a nation of pants-wetting victims. We would have been doomed to mediocrity or worse.

I know of no other nation, with the possible exception of post-Apartheid South Africa, that has exalted victimhood to quite the same level as we Americans have in 21st Century. In other cultures, particularly non-Western cultures, victimhood is not nearly as important or valuable.

In the Muslim world, for example, victims are held in contempt because victimhood is associated with weakness, a despicable trait. This is especially true for men. If a guy has his wallet lifted while walking home at night he’s more likely to pretend it didn’t happen than to be perceived as too unmanly to defend himself. There’s a cultural conundrum here because most Muslims won’t hesitate to tell you that they’re victimized by big bad Israel or big bad America but in their minds that’s different. It’s not personal victimhood.

There are even some subcultures within the United States such as the military in which victimhood is shunned, or at least that’s the way it used to be when I was in the Army in the late 90’s and early 2000’s. I recall being shocked when, during my first few days of basic training, the drill sergeant ridiculed those privates going to sick call as the “sick, lame, and lazy.” When some of the privates came back on crutches they were called “gimps” or worse epithets that I won’t repeat here. I couldn’t believe my ears. At that point in my life, which then totaled almost nineteen years, sick and injured people had always been given special care, reprieve from their duties, and above all sympathy. They were allowed time and space to recover. They were not barraged with insults.

Slowly I came to understand why the drill sergeant did this. Many of the privates werefaking. They wanted to be treated as victims because it meant ducking out of training for a while and resting in an air-conditioned doctor’s office. If they came back from sick call with a doctor’s note they could be excused from doing pushups, running, or marching which made their lives a lot easier. It hardly mattered that it interfered with the frenetic training schedule or that it was a very dishonorable thing to do; the important thing was that they would be able to garner some sympathy which had a lot of benefits.

I know this all sounds very cruel to a lot of civilians but trying to turn a bunch of teenagers raised on MTV and Nintendo into soldiers requires a hardass attitude. The drill sergeant wasn’t allowed to forbid the privates from going to sick call but he could extract a social penalty from them in order to discourage others from mimicking the same irresonsible behavior.

That was almost twenty years ago. I doubt very much that drill sergeants today are still allowed to call the sick call herd the “sick, lame, and lazy” though I wish they were. It would be nice if there was still some refuge from victim culture somewhere.

Just how did we get here? One explanation is that we’ve become a feminized society. Women, I believe, have a surplus of sympathy which makes them suckers for a sob story whether it’s true or not. Some men have the same soft spot in their hearts though most of these men were raised in feminized cultures. The majority of the world’s men still believe in “toughing it out.”

Another explanation is that our society has quietly and incrementally succumbed to Marxism. No other political philosophy sees the world in such stark categories of victim (the “exploited”) and victimizer (the “exploiter”). Without victimhood, Marxism has no basis and no meaning.

n classical Marxism, exploitation is understood in terms of class—workers suffering at the hands of the cigar-chomping boss man. That was the world as Karl Marx understood it, living as he did during a period of intense industrialization. Since the late 20th Century, however, many other “exploited” groups have become stand-ins for workers. Women, for example, have made their claim to being an oppressed class. So have blacks, homosexuals, and illegal aliens. Together this victim coalition hopes to topple the system that supposedly oppresses them.

This victim/victimizer dichotomy has so thoroughly saturated our society that we can hardly make sense of the world we live in without it. Just as a fish doesn’t know that he’s wet, we don’t know that we’re swimming in the toxic sludge of victimology. We think we’re observing the world outside our windows with clarity and objectivity.

I wish I knew how to put a stop to victimhood mania because it’s tearing us apart as a nation. Each time there’s a phony baloney “bias incident” that turns out to have been a cry for attention, our societal fabric deteriorates just a little more. My suggestion would be swift and harsh punishment for hate hoaxers, though that probably won’t happen. Regardless, we can’t continue to reward this behavior.