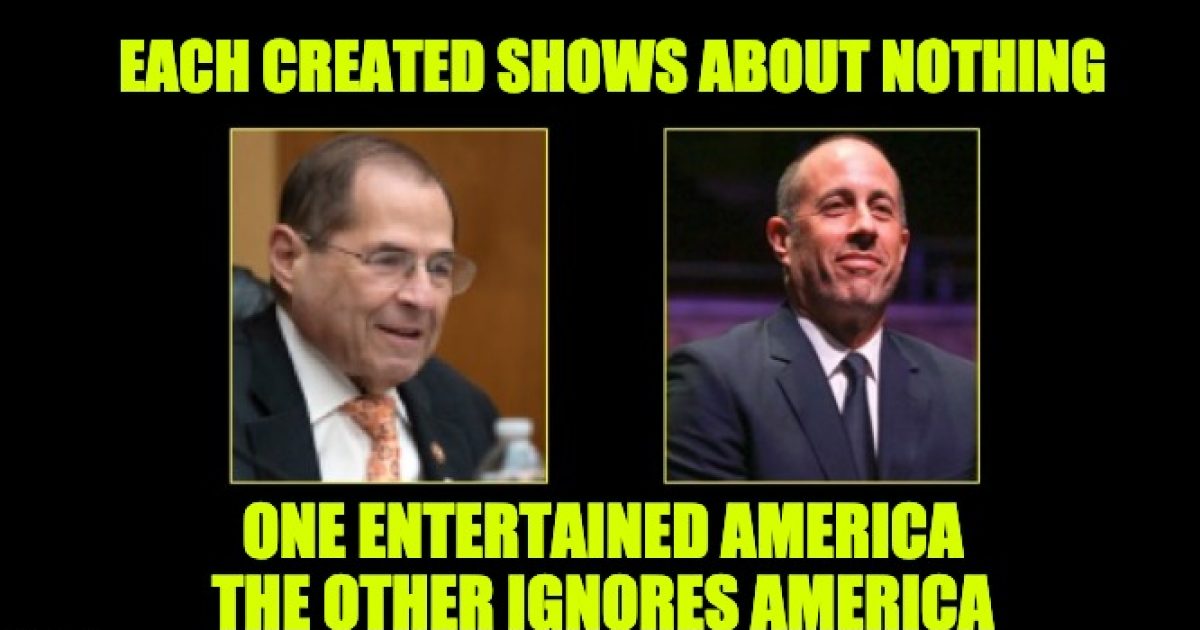 “Seinfeld” has been described as a show about nothing. Rep. Matt Gaetz (R-FL)  mocked Democrats on the House Judiciary Committee comparing their latest impeachment push as “low-T,” “low energy,” and akin to a “Seinfeld hearing” about nothing. The Committee on Friday voted to launch a formal impeachment investigation. It marks the first vote conducted by the group regarding the potential impeachment of President Trump.

Gaetz (R-FL) lit into his Democrat colleagues during a hearing on the rules governing the investigation.

“The chairman mentioned he wouldn’t be debating the lexicon as to whether this was an impeachment inquiry or investigation,” Gaetz said before providing his own nomenclature.

Rep. Gaetz then pivoted to further mockery of Judiciary Chair Jerry Nadler (D-NY), alleging that he was simply playing to his far-left base in New York as a means to stem threats from potential challengers. It was an assertion that prompted groans from the gallery.

“Hey, moan and groan all you want!” he shot back. “We’ve got circumstances here where you guys can’t move the country. You don’t have any support for this endeavor … it’s like a Seinfeld hearing, it’s a hearing about nothing.”

He’s right, of course. Democrats dragging this out right up until the election is only helping the President.

Why? Impeachment is not supported by the people, with swing voters making it clear they want nothing to do with Democrats’ obsessive hatred towards President Trump.

“Instead of delivering on their campaign promises House Democrats have spent every week in the majority pushing this disastrous vanity project,” NRCC Spokesman Michael McAdams said in a statement.

Democrats own internal polling shows “just 10% said investigating Trump should be a top priority for Congress,” while a recent Monmouth Poll found the vast majority of Americans oppose impeachment. Yet, they’re doing it anyway.

“Today’s vote means nothing — it is a farce meant to distract the country from the fact that the Democrats have starved the American people of leadership for over two years,” Gaetz said.

A Florida doctor in 2016 suggested that Hillary supporters suffer from low-T, while a study three years earlier claimed men with strong upper body strength tend to support conservative policies and platforms. “Men who are strong are more likely to take a right-wing stance,” the Daily Mail reported, “while weaker men support the welfare state.” Based on that study the low-T men must be the ones who support impeachment.

Below is a video of Rep Gaetz’s mockery of the House Judiciary Committee’s nothingness.