Nadler (In 1999): Perjury And Obstruction Of Justice Not Impeachable Offenses 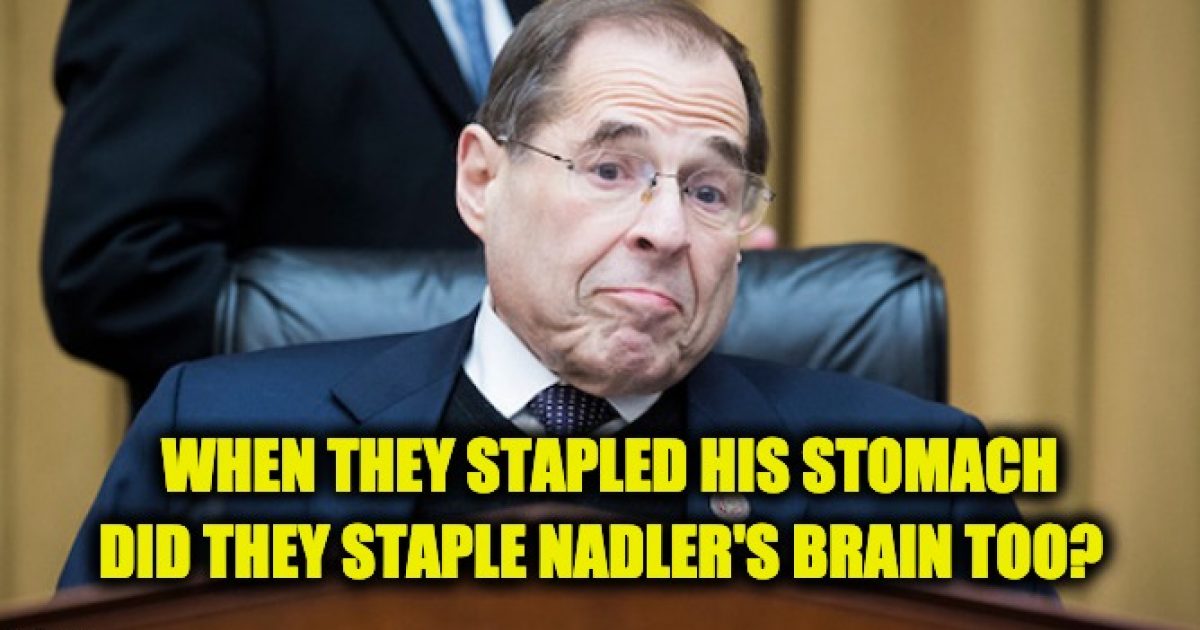 Perhaps when the doctors stapled Jerrold Nadler’s stomach, they put a few into his brain also. Either that or he puts his party before the truth. Putting aside that his bloviations about President Trump are totally bogus, in 1999 when Bill Clinton was being impeached Nadler’s views about what offenses should lead to impeachment were totally different.

A NY Times article on Feb. 1, 1999, celebrated Nadler as the leading voice in the house fighting against the Clinton charges.

Thanks to all-impeachment-all-the-time television, Mr. Nadler has won national prominence for his ardent — critics say strident — defense of the President in the House Judiciary Committee last year. And while his performance, which included calling impeachment a ”partisan coup d’etat,” unleashed a flurry of catcalls from conservatives, it also endeared him to scads of New York voters.

Whether one believed the Clinton impeachment was deserved or not, there is a big difference between the action against Bubba, where we knew what he did, but America was divided on whether it reached the level of impeachment, and Nadler’s attempt to get President Trump which is a plot to overturn the 2016 election developed by some unknown Trump-haters in the “deep state.”

In 1999 Nadler’s defense of Clinton was that neither perjury or obstruction of justice is an impeachable offense.

Mr. Nadler said he was not convinced that Mr. Clinton committed perjury or obstructed justice, but that even if the President did, the offenses would not be impeachable.

”An impeachable offense is an abuse of Presidential power designed to or with the effect of undermining the structure or function of government, or undermining constitutional liberties,” he told several hundred people at the recent town hall meeting at the Fashion Institute of Technology.

Gee but Nadler criticized President Trump for saying that Mueller’s team was biased. He also claims that just about everything President Trump said or did was meant to make witnesses stay quiet. But when Clinton was being investigated:

For instance, when Republicans theorized that Mr. Clinton gave Monica Lewinsky a teddy bear to signal her to stay quiet about their affair, Mr. Nadler said, ”I think the bear was a warning from the President that the stock market was going to tank and she should put her money in bonds.”

Jerrold Nadler may have changed all of his beliefs about impeachment, but one thing described about the Congressman in the Times article hasn’t changed:

Mr. Nadler, himself an unabashedly liberal Democrat who has represented the area in Albany and Washington for 22 years .

Nadler is still an unabashedly liberal Democrat and thanks to his push for impeachment today, and his support of Iran deal in 2015, has proven again that he doesn’t care about this country, only his career, and his party.