NAACP Substitutes One Racist For Another (Sterling For Sharpton) 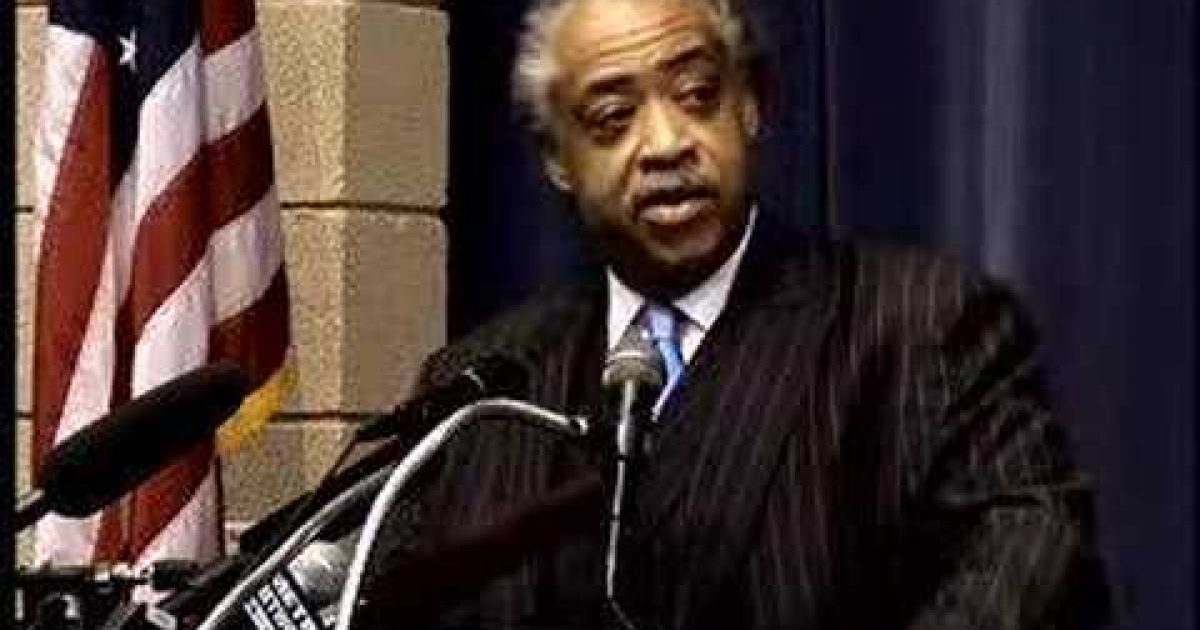 The Los Angeles NAACP chapter that withdrew its lifetime achievement award to the bigoted L.A. Clippers owner Donald Sterling last month, honored the bigoted Al Sharpton with its “Person of the Year” award on Thursday evening.

“We walk shoulder to shoulder with you and this chapter,” said Al Sharpton, “Sterling may be rich but he’s not as rich as the history of this organization.”
According to the NAACP’s stated mission its purpose is clear: to “eliminate race-based discrimination”:

The mission of the National Association for the Advancement of Colored People is to ensure the political, educational, social, and economic equality of rights of all persons and to eliminate race-based discrimination.

What is unclear is which race-based incitement or act of hatred by Al Sharpton the NAACP considers ensuring“the political, educational, social, and economic equality of rights of all persons and to eliminate race-based discrimination.”

Was it the two anti-Semitic pogroms; inciting the Crown Heights riot and the fire bombing of the Jewish-owned Freddy’s Fashion Mart in Harlem? Perhaps it was ruining a young DA’s life by making false charges that he raped a young African American girl, or the case of the “Central Park Jogger”​ who was raped and beaten within a hair’s breadth of her life. Sharpton claimed she was raped by her boyfriend and lead demonstrations calling the victim a whore.​

Or maybe it was Al Sharpton’s strong record on gay rights:


Maybe the NAACP is honoring Mr. Sharpton for the dozens  of false charges of racism he has uttered since October 2013, when TruthRevolt began to track his bigoted public remarks.

The Los Angeles chapter of the NAACP was entirely justified when they decided to withdraw their honor of Donald Sterling, but by honoring Al Sharpton they simply replaced one racist with another.