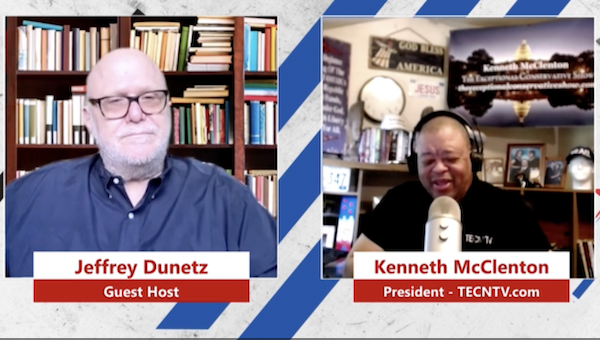 Today (May 12), I had the honor of being the guest host of the Schaftlein report.

To make sure the show would be special, I invited my good friend Ken McClenton to be the show’s guest. Ken’s the President of The Exceptional Conservative Network ( TECNtv.com ). He lives in our nation’s capital, but unlike the other president in Washington, Ken is not suffering from dementia.

Ken is a great conservative pundit providing insight into the day’s political news. Also…well…let’s just say when Ken and I get together, along with the political insight, things tend to get funny. We like to make each other laugh about politics, after all, he’s my brother from a darker mother.

Below is the list of topics we discussed is below and under that is a video of the show.

Enjoy the program below.

Make sure to watch/listen to Mark’s program every Monday-Thursday. It’s always a great show, but to be honest, it’s a little more extraordinary on Thursdays when I’m the guest. No matter who’s the guest, you will enjoy the “insider” discussions when you tune into the Schaftein Report every Mon-Thurs. You can find the latest episodes with videos on the show’s website https://schaftleinreport.com/ and the Schaftlein Report’s Facebook page, which can be found here. You can listen to  every show without video on Apple Podcasts here, Audible Podcasts by clicking here, or iHeart Radio at this URL