MUST WATCH VIDEO: California Universities Are A Hot Bed For Terrorism Support 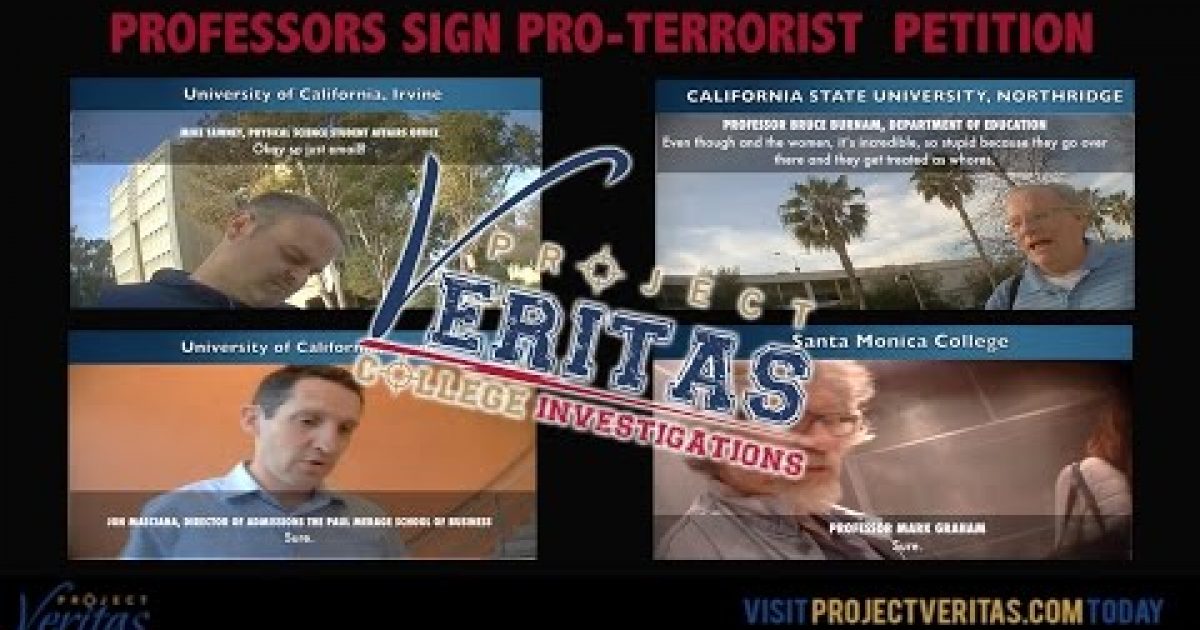 Over the years this site has published many posts about anti-Semitism and anti-Israel propaganda and events in California’s colleges.  Now thanks to the latest James O’Keefe/Project Veritas video we know why.  California’s schools are a breeding ground for support of terrorist groups like ISIS, Hezbollah, and Hamas.

As O’Keefe describes the video:

Today’s video reveals a multitude of professors, administrations, and students at numerous California state universities signing a petition pledging financial support to ISIS, Hamas and Hezbollah. Professor Bruce Burnam of California State University, Northridge had no problem signing the petition pledging economic support to ISIS, Hamas, and Hezbollah. Nor did, Jon Masciana, Director of Admissions at the Paul Merage School of Business at the University of California, Irvine who gladly signed the pro-terror petition.

“I was encouraged by the fact that many of the people we approached refused to sign our faux petition, however, I was disturbed by the amount of professors, administrators, and students across California who had no ethical qualms whatsoever about supporting ISIS, Hamas, and Hezbollah,” said Project Veritas President James O’Keefe. “There were far too many people who were far too willing to support these recognized terrorist organizations. It is truly frightening just how many supporters these organizations have on our college campuses and the affect it is having on our nation’s youth.”

Watch the video below and understand one of the failures of our university system.