If You Oppose Antisemitism And Support Israel, You Must Vote Trump! 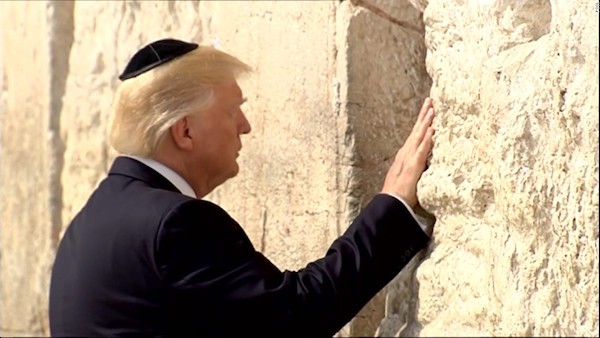 Liberal publications and websites have been posting op-eds from people who are considered Jewish leadership, telling jews to reject President Trump and vote for Joe Biden.  For example, one recent essay came from Abe Foxman, the former head of the ADL. Under his leadership, the ADL stopped being an organization protecting the rights of Jews and became a group trying its best to sell progressive politics and policies.

For example, in his book “Ally: My Journey Across the American-Israeli Divide” former Israeli ambassador to the United States Michael Oren reported that at his first meeting with Foxman and supposed Jewish Leaders in America, President Obama told them that he was going to drive a wedge between the U.S. and the Jewish State. Neither Foxman nor the other supposed leaders warned American Jews what was coming.

What followed was the first four years of Obama’s anti-Israel (and anti-Semitic) policies.   Instead of leading the charge to protect American Jews, when Obama ran for reelection, the ADL and the American Jewish Committee released a joint statement. with the message, “If you don’t support Barack Obama, shut the heck up!” That appeared to be the leading secular Jewish organizations’ message, the Anti-Defamation League (ADL) and the American Jewish Committee (AJC) in a joint statement released on in October 2011 asking American Jews not to criticize Obama’s Israel policy.

In 2015 Foxman retired and was replaced by Jonathan Greenblatt, who was part of the Obama Administration. Based on the politics of their leadership, you will rarely see the ADL criticize a Democrat, and why they endorsed Biden.

Anyone who follows the news and/or investigates the candidates should know there is only one choice for Pro-Jewish or pro-Israel voters, re-elect President Trump.

Joe Biden and the Democrats claim they are pro-Israel. Along with some of his other policies, a pro-Israel Bidenwouldn’t have warned the Jewish State during his first VP run that they should get used to a nuclear Iran.

If Biden cared about the Jewish State, his platform wouldn’t include getting the U.S. back into the awful JCPOA nuke deal, especially since it allows Iran to go nuclear in 2025. The democratic party has leaned toward antisemitism and anti-Israel policies for over a decade.  Their presidential nominee Joe Biden has never been a big supporter of Israel. As V.P. never fought against Barack Obama’s blatant Antisemitism or the anti-semites in his party that have come out of the closet in recent years. As his party’s base consists of extreme leftists and socialists, if (God-forbid) he is elected, the wind will blow Biden even further against the Jews and Israel. There’s more, but we will save the fact that he’s ignored his party’s Antisemitism for another day.

The reason to vote to re-elect Donald Trump goes way beyond Biden’s deficiencies.

Donald Trump is the most Pro-Jewish and Pro-Israel president–ever. And it’s not because of politics. He has been a supporter of Jewish causes and Israel his entire life.

Let’s start with the biggest influence in Donald Trump’s life, his father. Fred C. Trump welcomed plenty of Jewish tenants to his properties, and, perhaps, as a result of these relationships, Fred became a generous donor to Jewish and Israeli causes.

Fred made generous donations to the Long Island Jewish Medical Center, supported Israel bonds, and served as the treasurer of an Israeli benefit concert. He was so active in Jewish causes that some believed that he belonged to the Jewish faith.

In 1956, Fred Trump also donated land to the Talmud Torah of the Beach Haven Jewish Center in Flatbush, New York. The Center is still active today and offers programs for the youth and elderly, as well as an active synagogue. A plaque in the Beach Haven building reads: “Fred C. Trump, Humanitarian: A Sagacious Man Person Deserving of Every Plaudit and Tribute given by Our Community”

During the 1980’s, Fred Trump became friends with the Israeli Ambassador to the United Nations in Manhattan at the time, Benjamin Netanyahu. And his son Donald and Bibi became fast friends.

In March 1983, Trump was awarded the prestigious “Tree of Life” award by the Jewish National Fund (JNF), an organization that raises money to finance large projects in Israel.The award is the highest humanitarian award that honors individuals and families “in appreciation of their outstanding community involvement, dedication to the cause of American-Israeli friendship, and devotion to peace and the security of human life.”

JNF officials said that Trump was part of a consortium of donors involved in various projects in Israel, including financing a playground in the town of Yokneam and another in Sufa, a kibbutz in southern Israel.

Trump also donated to help build new infrastructure in the Israeli Negev for Jews from the Sinai that were forced to evacuate under the terms of Israel’s peace treaty with Egypt in 1979.

Trump’s donations were used to build greenhouses, homes, and roads for evacuees. A plaque bearing Trump’s name in English and Hebrew appears on a wall in Moshav Dekel, in the Eshkol region, to honor all the donors that contributed to the resettlement.

In 2003, Trump was part of a group of New York donors who gave to JNF to finance the construction of a reservoir in the western Negev. In 2005, Trump also contributed toward the creation of new communities for Israeliswere evacuated from the Gaza Strip.

According to former JNF chairman Effie Stenzler, the Israeli govt requested assistance from Jewish organizations, like JNF, to help pay the costs of resettlement. JNF “sought donations in the U.S. and one of them was Trump, who is considered to be an avowed supporter of Israel,” Stenzler said.

According to TheGivingTrump.com,in 1985, the future POTUS was Chairman of JNF’s Annual Real Estate Divisions Dinner Dance where over $700K was raised, the largest fundraising affair ever for any JNF event.

In the 1990’s, Trump tried to convert his Mar-a-Lago mansion in Palm Beach, FL into a country club, but the town council placed restrictions on his club. He filed a lawsuit claiming the council was discriminating against his club, partly because his club was open to Jews and blacks,while other established clubs excluded Jews and blacks. “The episode shook the Palm Beach establishment, unaccustomed to having its linen, dirty or not, aired publicly.” Trump had “elevated the issue of discriminatory policies at social clubs.”

In addition, “Trump gave a $10,000 donation to the Museum of Jewish Heritage in 2003, according to spokeswoman Lisa Safir, and a gift in 2012 for general operating expenses amounting to $100,000, an amount which puts Trump’s name on the museum’s wall of contributors.”

He has also been a regular contributor to Friends of Israel Defense Forces, according to a spokesman. Trump’s son-in-law, Jared Kushner, is a member of that organization’s national board.

“In 2014, Trump donated $3,750 to the Institute for Jewish Humanities; $5,000 to the Jewish Community Relations Council of NY; $2,500 to the Gurwin Jewish Geriatric Center; and $18,000 to the American Friends of the Jaffa Institute, a nonprofit child welfare agency in Israel.”

In 2003, Trump donated $10,000 to American Friends of Beit El Institutions, a fund for religious institutions in the Jewish community of Beit El in Samaria. Trump made the donation in honor of his lawyer, David Friedman, who served as its President.

In 2004, Trump was chosen to be the grand marshal of the Salute to Israel Parade,which was the largest single gathering in support of Israel, with an estimated 1 million spectators, 40 floats, 16 marching bands and dozens of entertainers.

In 2006, Trump announced plans to build “Trump Tower Israel” in Ramat Gan, a city on the outskirts of Tel Aviv. The tower, the tallest in Israel when completed, was supposed to be a 70 story luxury apartment building.
Trump also had plans to build the first Trump luxury hotel in Netanya. In 2008, Trump sent his daughter, Ivanka, to Israel to study the local real estate market. In 2013, Trump announced plans to build Israel’s first Trump golf course in Ashkelon,which would have included a resort village, convention hall, country club, and commercial shops.

The Israeli govt released a file in 2017, called the “Trump file,” which detailed Trump’s visit to Israel in 1989. Trump was interested in visiting Israel because he was considering several business deals.

Although all these attempts to bring the Trump brand name to Israel fell through, for various reasons,Ivankawas quoted in 2016 as saying, “we will definitely continue looking into luxury residence and hotels in Israel in the future.”

In 2013, Trump appeared in a video from his Manhattan office endorsing Israeli Prime Minister Benjamin Netanyahu. “My name is Donald Trump and I’m a big fan of Israel.” “Frankly, a strong prime minister is a strong Israel.”

In 2014, Trump pledged to donate more than $100,000 to the Israeli emergency rescue service, United Hatzalah, for the purchase of four ambulances that each cost $26,000, according to the Algemeiner Journal, a Jewish newspaper based in New York.

In 2015, Trump received the Liberty Award from The Algemeinerfor his contributions to U.S.-Israel relations. Trump accepted the award at “The Algemeiner’s ‘Jewish 100’ Gala” in NYC and was introduced by his daughter Ivanka.

At that event, Trump said “I have a Jewish daughter. This wasn’t in the plan, but I‘m very glad it happened.” He also added, “We love Israel. We will fight for Israel 100 percent, 1000 percent. It will be there forever.”

In late 2016, Ivanka visited a Florida synagogue & spoke to the audience about her father’s reaction to her conversion to Judaism in 2009. “There was no question, there was no argument,” she said, adding that her father supported her “from day one.” www.algemeiner.com/2016/10/28/
ivanka-trump-a-florida-synagogue-my-father-called-before-jewish-high- holidays-and-said-you-better-pray-hard-for-me/

And that support and affection continued after Donald Trump became president. Some of his acts in support of Israel and the Jewish community include:

There is only one good choice for Jews in the 2020 election, re-elect Donald J. Trump.  And at the same time, put more Republicans in the House and Senate to control the Anti-Semites in the Democratic Party.