Must Listen: Cruz Vs. Hewitt “Would You Abolish The Filibuster If Necessary To Kill Obamacare” 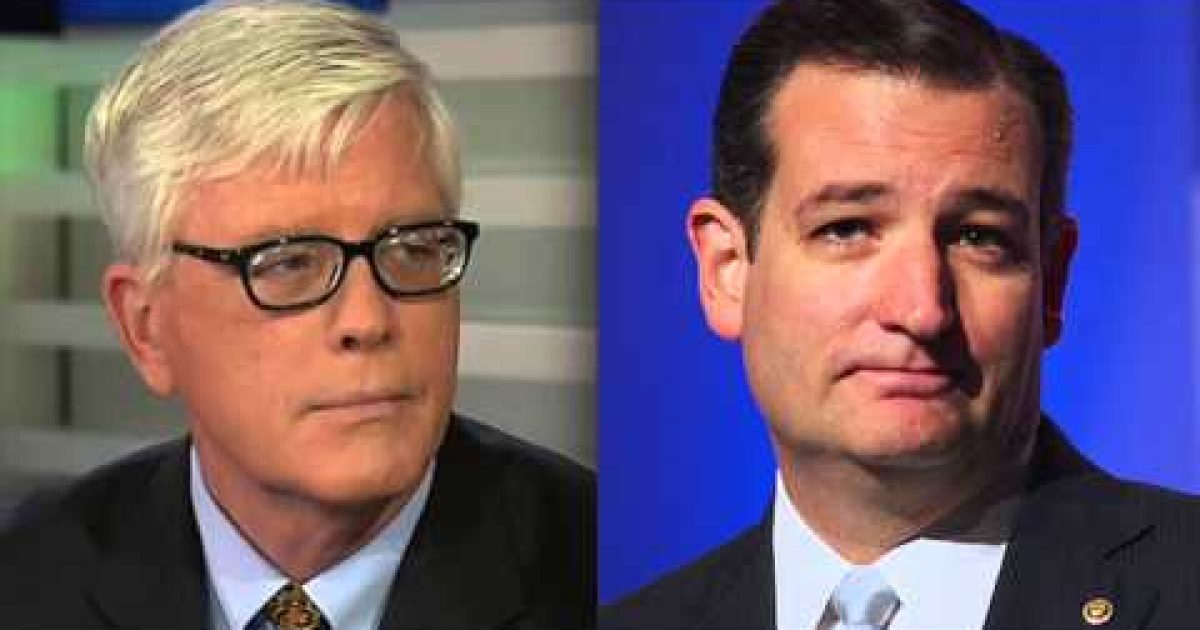 One of the reasons I am a regular listener of the Hugh Hewitt Show is that the host is by far the best interviewer on radio. And Hewitt’s interview with Ted Cruz on Monday night was one of his best.  Hugh a legal professor asked Cruz who has a 4-0 record in his argument’s before the Supreme Court “If it came down to breaking the Senate filibuster in order to uproot,
root and branch, Obamacare, would Ted Cruz support breaking the
filibuster to do that?”  What followed was an incredible game of “cat and mouse,” constitutional law, political strategy and a slam against Scott Walker which I get the feeling will be repeated when Hewitt is one of the questioners in the second GOP debate:

Hewitt: And that brings me to the second issue of Obamacare. I have asked Jeb Bush and Scott Walker and Rick Santorum, though Rick was not on the record. He was off the record in a green room. If it came down to breaking the Senate filibuster in order to uproot, root and branch, Obamacare, would Ted Cruz support breaking the filibuster to do that?

Cruz: I believe ending the legislative filibuster would ultimately undermine conservative principles, because if you look historically, there have been three major periods where you have had Democratic supermajorities. The first produced the New Deal. The second produced The Great Society. And the third produced Obamacare and Dodd-Frank. I think the legislative filibuster, the supermajority requirement in the Senate, more often than not slows bad liberal, radical ideas that I think as the framers described it, the Senate serves as a saucer to cool the heat of the House. And so I think we would regret it if we got rid of the supermajority requirement in the Senate for legislation. So what does that mean for Obamacare? As I’ve said in the wake of the Supreme Court’s decision, the consequence of this decision is it makes 2016 a referendum on repealing Obamacare. And any Republican candidate who’s not prepared to lead that fight to repeal every word should step aside. I intend to make it a referendum. And let me note something, Hugh.

Hewitt: But Senator Cruz, let me interrupt. You understand that sometimes justices come in at your weakest point in the argument. Scott Walker on Saturday night declared to me in front of 4,000 people he would urge the ending of the legislative filibuster if that was necessary. So I’m saying to you if you’ve got 56,57, 58 Republican Senators, and they’re voting for repeal and replacement, and 42 Democrats are stopping that, will you go then to the leader, Mitch McConnell, and say we need to invoke the Reid Rule and break this, because Obamacare is that bad for our country, we have to do away with this extraconstitutional protection in order to get rid of Obamacare?

Cruz: I believe we can repeal Obamacare without doing that. For one thing, the Democrats…

Hewitt: But that’s not, but that’s, if you can’t, Senator, if you can’t, this matters, because Scott Walker was unequivocal. He said absolutely, he would advocate that. And I’m hearing you say…

Cruz: But you know what’s interesting, Hugh, it’s easy. Talk is cheap. I mean, I would note that when Mike Lee and I were fighting tooth and nail to stop Obamacare, that a number of politicians, including Governor Walker, were publicly criticizing us for doing that. So when you’re campaigning for president, it’s easy to talk about what you’d do against Obamacare. But I think every one of the candidates should be asked not what would you do but what have you done.

Cruz: There is nobody in this race who has fought harder, who has fought longer, who has invested more blood, sweat and tears, who has endured more vilification, standing up to Obamacare, than I have. And there is nobody who is campaigning harder every single day. Let me encourage you to do something, Hugh. Go back and listen to the announcement speeches of the other 2016 candidates. A whole bunch of them don’t even mention the word Obamacare. Now we don’t need to override the filibuster to defeat Obamacare. Reid didn’t do that to pass Obamacare. He used reconciliation. What you can pass with reconciliation, you can repeal with reconciliation. The key to get it done is it’s got to be a grassroots movement. It’s got to be a mandate from November, 2016, like the Reagan revolution. And I will say this. In the three months since we launched our campaign, we’ve seen over 100,000 people come online to www.tedcruz.org, www.tedcruz.org, make financial contributions, sign up to volunteer. And I want to mention to your listeners, tomorrow at Midnight, June 30th at Midnight is the end of our fundraising quarter. I would ask every listener if you support courageous conservatives across this country getting back to the Constitution and free market principles, please, please, please come to www.tedcruz.org. Make a contribution online, and stand up to turn the country around.

Hewitt: Okay, Senator, I encourage them to do that, because I think you, I want you in this race, and I want you making these arguments. But I’m going to try a third time. If it came down to you’ve got to break the legislative filibuster to repeal root and branch, I understand what you and Rick Santorum say, reconciliation passed it. But there are parts of it that will not be gotten rid of in reconciliation. Will you break the filibuster? Or will you let those parts of Obamacare stay in place?

Cruz: There is no one in this race who has fought harder to repeal…

Cruz: You know, the nice thing is, listen, when you’re in a court of law, you’re told not to fight the hypo.

Cruz: In politics, you can fight the hypo. And I’m not accepting the hypo.

Hewitt: Okay, I’m going to come back at you in front of 900 million people, or whoever, how many are asking the presidential debate, because this matters to me, because I think the answer is absolutely yes, you’ve got to break the filibuster to get rid of this cancer. I really do.

Cruz: And if we had followed your advice, we would have cap and trade, we would have some of the most egregious left wing legislation. Under majority leader Elizabeth Warren, Hugh Hewitt would be looking back going why on Earth did I remove our ability to stop radical socialist policies that are destroying this country?