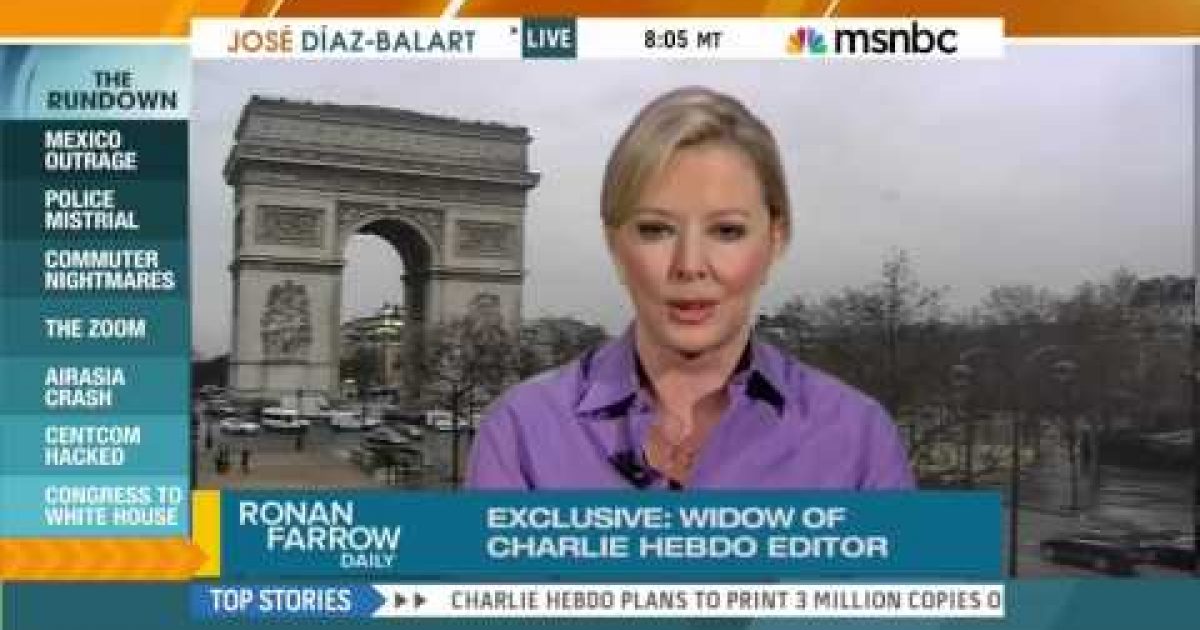 DAMN! We Jooos Are Good!! I just wish someone had told me we had these powers, I could make myself look much skinnier.

Dana Kennedy of the Daily Beast spoke to a “cross section” of French Algerian Muslims in suburban Paris and learned “they felt the attacks were actually a conspiracy by the Jews to make Muslims look bad. One person told me that in fact they weren’t just regular Jews that were doing this, in fact they were a race of magical Jews, shape shifting Jews”

Its not all French Muslims, but obviously this puts a dent in the news media’s account of French Muslims united in their love of Jews, desperately searching for someone wearing a yarmulke so they can hold hands and sing Kumbahya.

The Daily Beast reporter who lives in France was a guest on Tuesday’s Jose Diaz-Balart program on MSNBC to report that the feelings of French unity expressed in Sunday’s march was not felt by all of the Muslims in the country. Additionally she expressed that the reports that the suburban projects where many Muslims live were horrible slums were simply not true:

Diaz-Balart: You talked, Dana, to some of these French Muslims who say this was all a conspiracy. What do they mean?

Kennedy: Well, I went out to what they call the suburbs of France which are not what Americans think of as the suburbs, really the housing projects they’re outside Paris and there are a couple of areas inside Paris where a lot of poor Muslims live. I talked to cross section of mainly French Algerian young men who said to me it was pretty much they felt the attacks were actually a conspiracy by the Jews to make Muslims look bad. One person told me that in fact they weren’t just regular Jews that were doing this, in fact they were a race of magical Jews, shape shifting Jews, master manipulators that could be everywhere at the same time.

You know Jose; I spent a lot of time at one time in my career in housing projects in places like the South Bronx, and Bed Sty, and Brownsville in Brooklyn, and Harlem. And you know the housing projects in outside Paris are often referred to as, you know, gritty, hard scrub, these places of desperation, not saying it isn’t tough to live there, for an American to go out there, we’re talking anywhere from five to ten miles outside the city, these housing projects are nothing that you would compare to anything in America or to a Favela in Rio, or the Scampìa ghetto outside Naples. They look actually sort of nice. I was in one of the most dangerous towns in France supposedly, and the McDonald’s was so pristine, you could almost eat off the floor. In fact the server came and served hamburgers and French fries in a pristine booth. It was shocking to see young Muslims with so much hatred toward the Jews and also to America, but they’re also in areas which while portrayed as being these desperate areas are in fact — they don’t look really so terrible.

Diaz-Bilart: And Dana, the fact is appearances aren’t always exactly what they seem to be. You can be surrounded by a very comfortable looking situation but feel despair because you feel you are so isolated within a society that has clean restaurants and nice buildings, but that ignores you and ignores your dreams and aspirations. Surely not all Muslims in France feel that same way. Have these attacks strained relations between the Muslim community and others in France?

Kennedy: First of all, I agree and don’t agree with some of what you said. This is not a cross section of Muslims; these are cross sections of what I call you know kind of punks, people that were the same ages as the Kouachi brothers. Certainly this is not representative of all Muslims in France, to say the very least, nor do the people I spoke to say they were for the attacks. They didn’t say they think it was really good. But at the same time I have to say that my ancestors in Boston, the Kennedys, had to come when there were signs saying, “no Irish need apply. These are not the first immigrants in the world that came up against difficulties in assimilation; you know that came up against a little racism. So I don’t think it is totally fair to say that just because they are in nice surroundings they don’t have a difficult time. I’m sure they do. I’m trying to make the point that the housing projects, which everybody reads about being so terrible, Just simply are not that bad. I think it is important to let at least American viewers know that.