Muslim Cleric On Official Palestinian TV: Jews Are Behind All Bad In The World 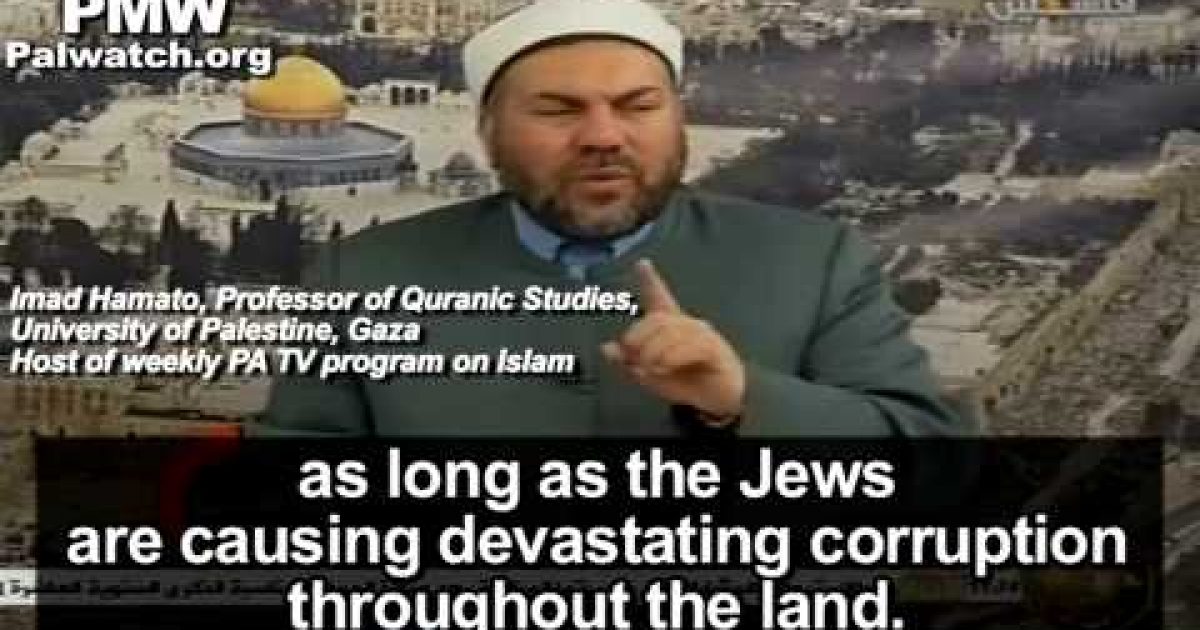 Facebook Twitter Flipboard
While Barack Obama continues to fixate on statements the Israeli Prime Minister Netanyahu never said, he continues ignore the daily racism occurring on Palestinian TV. Unlike American TV which skews toward the liberal President voluntarily, on the official Palestinian TV network they only broadcast positions approved by the Palestinian govt.  One of the approved positions is to teach hatred of Jews.

The video below from PA TV shows Muslim preacher and professor of Quranic Studies, Imad Hamato explaining the Palestinian Authority’s position on Jews:

The Jews are behind all that is wrong in the world, according to the host of a weekly Palestinian Authority TV program on Islam, Muslim preacher and professor of Quranic Studies, Imad Hamato. Even when fish fight in the sea, “the Jews are behind it. “To back up this Antisemitic hate speech, Hamato went on to say that the Quran teaches that humanity will never “live in comfort… peace or fortune or tranquility” as long as “the Jews are causing devastating corruption throughout the land.” The solution for Muslims, according to the professor, is to fight Jews: “Our real Jihad is to take revenge.”

“Humanity will never live in comfort as long as the Jews are causing devastating corruption throughout the land. Humanity will never live in peace or fortune or tranquility as long as they are corrupting the land. An old man told me: If a fish in the sea fights with another fish, I am sure the Jews are behind it. As Allah says: ”Every time they kindled the fire of war [against you], Allah extinguished it. They strive throughout the land [causing] corruption, and Allah does not like corrupters” (Sura 5:64).”