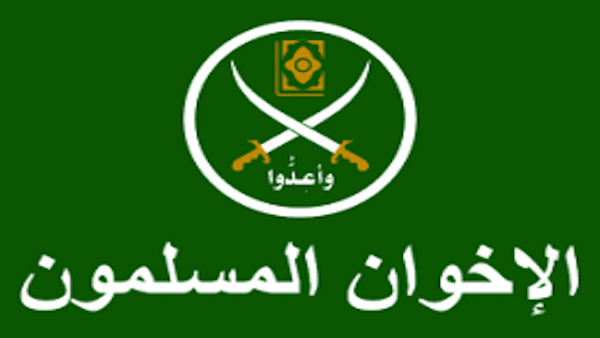 The United Arab Emirates has officially denounced the Muslim Brotherhood in a fatwa and urges Muslims to reject any connections with them. Some of their neighbors, on the other hand, not so much. Muslim Brotherhood as terrorist group

While some of their motives for rejecting the Muslim Brotherhood may not exactly align with Western priorities and sensibilities, the fact that they are denouncing them is still an excellent thing. (For example, MB likes elections — not because they have any great love for the governed’s consent, but they see opportunities to exploit elections to gain power like they did, for example, in Egypt after the so-called Arab Spring.)

Why is this denunciation a good thing?

The Muslim Brotherhood’s stated goal in North America is as follows:

The process of settlement is a “Civilization-Jihadist Process” with all the word means. The Ikhwan must understand that their work in America is a kind of grand Jihad in eliminating and destroying the Western civilization from within and “sabotaging” its miserable house by their hands and the hands of the believers so that it is eliminated and God’s religion is made victorious over all other religions. Without this level of understanding, we are not up to this challenge and have not prepared ourselves for Jihad yet. It is a Muslim’s destiny to perform Jihad and work wherever he is and wherever he lands until the final hour comes, and there is no escape from that destiny except for those who chose to slack. But, would the slackers and the Mujahedeen be equal.

That particular subset of Islam is not coming here simply to be one among many equals in a system that allows everyone to flourish according to their own merit. They have an agenda to break down what we have and replace it with values and systems more agreeable to their own. It’s worth noting that we have no shortage of elected officials, secular and otherwise, who hold a similarly dim view of America, and will willingly work together with such people to tear down what is, in hopes of building what might be.

A little about the role MB has been playing in America…

Although the Fatwa Council of the UAE urged Muslims to steer clear of the MB, the situation is just the opposite in Western countries, where Muslim Brotherhood affiliates have managed to position themselves as the chief representatives of Muslims. A lengthy list of Muslim Brotherhood-affiliated organizations (designated “unindicted co-conspirators” in the Holy Land Foundation trial, see the list HERE) was discovered to be funding the violent Muslim Brotherhood offshoot Hamas. These groups nevertheless have been heavily involved in Leftist government initiatives, as was seen in the Obama administration.

Last year, there were attempts by the Trump Administration to designate the Muslim Brotherhood in America a terrorist organization, which would serve to ends its affiliated groups’ persistent political interference, including their lobbying against the freedom of speech and promotion of the “Islamophobia” subterfuge. Ultimately, however, this was not done. The failure of this initiative was unsurprising given the complex dynamics of the Muslim Brotherhood and its influence, which can be seen at almost every level of society, and the ever-shifting role of Muslim Brotherhood operatives from country to country, as they continue to manipulate the rule of law against the West in both the public and private sectors. –JihadWatch

One of those Muslim Brotherhood associated organization is CAIR.

A little more about the denunciation itself and how it was received regionally:

The UAE Fatwa Council, a state led religious body which critics say is used by the repressive Gulf monarchy to rubber stamp its policies, has declared the Muslim Brotherhood a terrorist organisation.

The highly controversial decision came during a virtual meeting on Monday led by Sheikh Abdullah Bin Bayyah, chairman of the council. The move follows a similar pronouncement earlier this month by Saudi Arabia’s Council of Senior Scholars.

Eighteen scholar and ulama unions, including the International Union of Muslim Scholars (IUMS), issued a joint statement against the decision of the Council of Senior Scholars rejecting the designation of the Brotherhood as a terrorist organisation.

Meanwhile, Israel’s Foreign Ministry Arabic Twitter account hailed the Saudi council’s statement and said that it was “pleased” with the decision.

In its decision, the UAE Fatwa Council declared its full support for the Saudi council statement and called on all Muslims to reject the Brotherhood which they claimed “works to divide the ranks and inflame discord and bloodshed”.

We should take note of which countries are denouncing it and which ones are actively supporting it.

Denouncing it are nations like UAE, Saudia Arabia, and Egypt.

Strengthening and arming it are nations like Qatar and Turkey.

Turkey is allegedly a NATO ally. That could be an issue, don’t you think?’