Good news for the GOP. According to a Rasmussen poll released this morning shows that Senator Lisa Murkowski’s write-in effort to hold on to the Alaska senate seat, actually helps fellow Republican Joe Miller. In the last poll completed in late August, Miller had a six point lead over Democrat Scott McAdams, but this latest poll taken on 9/19, two days after Murkowski announced her spoiler campaign, Miller has the support of   42% of Alaskan voters, 15% higher than Murkowski’s 27% and 17% over Democrat McAdams’ 25%.

Alaska is a strong GOP leaning state, and according to the underlying numbers Miller is dominating the GOP with 65% of voters, McAdams is projected to have 74% of Democrats and independents are split almost evenly three ways. Where Murkowski is hurting McAdams most is with independent voters.  Since the incumbent launched her write-in effort,  McAdams’ support amongst Democrats is down 16% and amongst independents by 24% while Miller is down 14% in his own party and only 4% among independents.

Voters in Alaska seem to be driven by their negative feelings toward the Obama agenda.

There is still plenty of time before election day, but right now it seems as if the desperate attempt by Lisa Murkowski to hold on to her senate seat despite losing the primary by a very thin margin, will make it easier for the Republicans to hold on to the Alaska seat in the upcoming elections.  Considering the fact that GOP candidate Joe Miller is much more conservative than Murkowski, it would be a net gain for the United States. 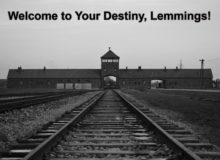