The War In Ukraine Should Mug Israel Of Its Reality 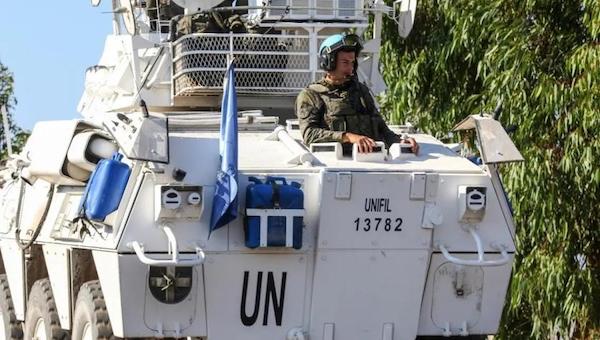 mug Israel of its reality

The famous neoconservative Irving Kristol once coined the term “mugged by reality.” It means that regardless of one’s theories or ideologies, sometimes the reality of a situation forces a dramatic rethink.

The war in Ukraine should certainly promote a reconsideration in Israel of many positions that were thought of as “gospel” over the last two decades.

The first and most apparent is that we cannot and should not expect any international forces to fight for Israel or provide any type of defense should it be under attack. For too many years, Israel relied on a strange notion that international or peacekeeping forces should be placed in or along borders of conflict to keep the peace.

Whether UNDOF, UNIFIL, TIPH, EUBAM, or many others that have been stationed in or near Israel, all were completely ineffective, even when enemies fire from right under their noses.

During 2004, in the lead-up to the Gaza Disengagement, President George W. Bush and Prime Minister Ariel Sharon exchanged letters of assurance. The letters contained a firm American guarantee to help Israel defeat and “dismantle terrorist organizations, and prevent the areas from which Israel has withdrawn from posing a threat that would have to be addressed by any other means.”

We now know that during its many operations to root out Hamas and other terrorist organizations, backing for the Jewish State has been weak and short.

Another reality is that despite Israel hearing from the West constant talk of international law and recognized boundaries being sacrosanct, these issues are largely meaningless for most of the world. Russia just invaded another nation’s sovereign territory, and there is no serious UN Security Council resolution, no investigation by the UN Human Rights Council, and no plans to raise the issue in the International Court of Justice or the International Criminal Court.

NGOs like Amnesty International and Human Rights Watch, who have spent the last couple of years obsessively making the case that the State of Israel is the ultimate and unique global evil and an Apartheid state, are quiet, weak-willed, and vacillating on Russia.

Finally, the ideas of compromise negotiated solutions and concessions are terms that excite certain think tanks and foreign ministries in the West. Still, in the real world, the overwhelming majority of the international community does not believe in or hold by them.

It is irrelevant whether one thinks this is a good or bad thing. It has been the stock principle throughout most of history and is still the guiding principle globally.

Condemnations, threats, and sanctions do not work either. They will not stop the determined autocrat with a powerful army at their command.

Of course, it remains to be seen how the war in Ukraine will play out.

Nevertheless, it is clear that the West underestimated Vladimir Putin, obsessed with notions of compromise, negotiations, and peace.

I think the event that encapsulated this the best was when all Secretary-General Antonio Guterres could do with news of the Russian invasion was quote the 1969 song by John Lennon, “Give peace a chance.”

This statement, nor the dozens of others by Western or global leaders, affected the Russian war machine. It rolled over these inconsequential declarations as easily as its tanks crossed the Ukrainian borders.

While Israel is not Ukraine, like much of the world, it should be learning the lessons of this unprecedented attack. It is almost certain that facts on the ground will be made through the use of force.

Putin has exposed the West’s cobweb of hopes and dreams about conflict resolution.

Thus, Israel’s conflict with the Palestinians has to be looked at differently. The Jewish State is inarguably a more dangerous and unpredictable neighborhood than Eastern Europe, and what is true today may not be so tomorrow.

Trying to negotiate a solution to our conflict without completely and permanently breaking Palestinian violent rejectionism of Jewish sovereignty and their will to continue their war will just mean at some point it will start up again.

No one thought that after the fall of the Iron Curtain and the end of the Cold War in the late 1980s, Russia would try and conquer former Soviet states, but here we are. It is now clear that expansionist dreams are still a mainstay of the Russian leadership. They were not ended by conferences or signed agreements.

The only way to ensure that the Israel-Palestinian conflict is ended once and for all is through victory. Anything less ensures that, while there could be periods of relative calm and quiet, the conflict will not end. The Palestinian dream of eliminating the one Jewish State will remain, and who knows what will come in the future that can give them greater hope of achieving their war aims.

The Russian invasion of Ukraine should be a sharp wake-up call that concepts such as defeat and victory are not a thing of the past but very much part of the global lexicon. Putin might be attempting to conquer Ukraine, but he is also mugging the West of its reality. Israel should take note.

Karma Feinstein Cohen Is Executive Director of World Herut and a member of the Board of Governors of the Jewish Agency.

HERUT is an international movement for Jewish Unity, Zionist pride, protecting the Jewish people worldwide, and Zionist education. HERUT operates per the ideals of pre-World War II Zionist leader and philosopher Ze’ev Jabotinsky. In this world where Antisemitism and hatred of Israel are at pandemic levels, it is important to be part of HERUT, a critical movement dedicated to protecting Israel and the Jewish people worldwide.

Jeff Dunetz (The Lid) is an active member and on the board of the Herut.  More about Herut can be found at www.HerutNA.org–Please click on this link and consider joining Karma and me in this great organization.

mug Israel of its reality