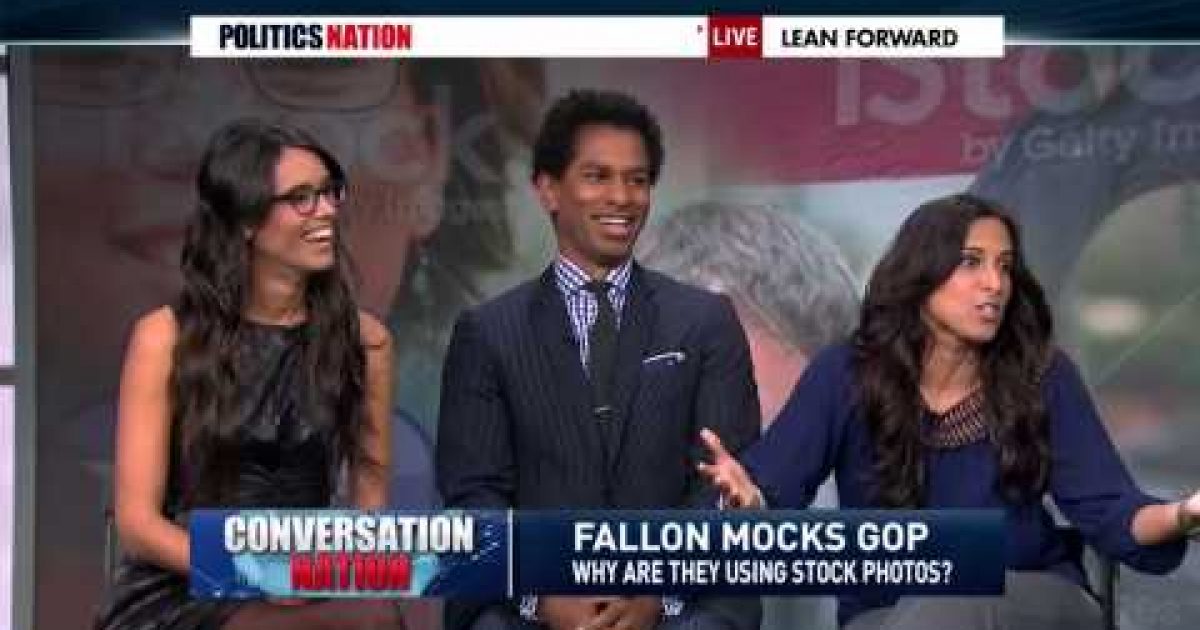 As Neblett put it,  “When you go to the RNC, there’s always going to be some chocolate chips in the sea of vanilla ice cream.”

Neblett’s comment is part of the progressive tradition of segmenting Americans specific groups, such as racial, religions and gender groups

The RNC has plenty of African-Americans supporting the party such as those mentioned above and working for the party also .

One example is Azarias Reeda a highly talented data guy who happens to be black and was recruited by the party to run revamped data efforts, not because of his background or color of his skin, but because of his talent. Reeda was profiled in Saturday’s Wall Street Journal:

Mr. Reda, Ethiopian by birth, American by choice, was recruited by the RNC in November as its chief data officer. He and the nearly 50 data scientists and engineers he has recruited to an in-house tech incubator—Para Bellum Labs—are a mind-blowing sight at RNC headquarters. Hipsters in T-shirts and jeans wade through besuited politicians toward a digital room that sports rows of computers and dry-erase walls.

This room is where I met Mr. Reda last week and pointed out that Democrats are already ridiculing the Republicans’ big-data effort, claiming that there’s no way the GOP can catch the Obama turnout machine. The comment causes the otherwise serious young engineer to break out in a mischievous grin. “I don’t want to catch up to a presidential campaign from 2012,” he says, making 2012 sound like so last century. “What we’re doing here is what a tech startup would do in 2014. Data science has traveled a lot in just the past few years.”

The RNC line is that it intends to leapfrog Democrats in the technology of turnout, and a lot is riding on the claim. Twenty years ago the GOP created the first voter “file” on millions of Americans. Democrats spent years catching up, only to get outpaced again in 2004 by the Republican innovation of microtargeting, which allowed campaigns to contact and turn out subgroups of voters. The left then jumped forward in the run-up to 2008, creating a private outfit, Catalist, to serve as a data hub for the Democratic universe, harnessing the info of labor unions, activists, donors, campaigns. In 2012 the Obama campaign built on this by empowering its universe of volunteers with tools that let them use social media (Twitter,Facebook) to leverage this vast data store.

This summer I visited the offices of the RNC (where my daughter was an intern) and while Raffi wasn’t there, there were many other “people of color” working in key position at party headquarters. Probably much to Toure’s chagrin, I didn’t count them as conservatives judge people by what’s in their hearts, and their personal accomplishments rather than their gender or ethnicity.


The bottom line is that Toure and other progressives believe people should be placed in categories by race, and religion, and/or ethnicity. They push the meme that everyone in those progressive-defined categories has homogeneous beliefs and actions. This makes it easier for them to explain their simplistic view of the world where people need the government to tell them how to live their lives, but it is inherently bigoted.

The progressives believe that people can easily be led based on their gender, race, etc. It saves them the effort of coming up with intelligent rationale behind their potions. Instead they can say, Republicans hate Blacks, Women, Latinos, etc.. It’s so much easier that having to think and have a debate where they defend their positions on their merits. It’s also easier than learning about individuals and judging them on their personal views and professional accomplishments.

That’s why they feel free to call African American Republicans “chocolate chips in the sea of vanilla ice cream.”

Can you imagine the fire storm if a Republican said any black person who is not an anti-Semite like Al Sharpton and Louis Farrakahn are simply tokens?

Below is a video of the segment in question. As you watch the video notice the “token” conversation, but also notice they criticize GOP policies as being bad for African-Americans without giving any explanation, facts, or even mentioning which policies. That is because they don’t believe voters are smart enough to care about specifics.
Touré Neblett, Sharpton and the rest of the panel are ignoring that the use of stock photos is a common practice of all political parties. Indeed it was my personal experience having spend thirty years in the advertising business (the last ten working for magazines), use of stock photos is a practice of many non-political advertisers also -it happens to save lots of money. In fact many of the pictures you see in magazines and websites are stock photos. Remember the “mystery’ healthcare.gov lady? She was a stock photo.

The truth is depending on your political point of view, there are reasons for people of color to become Republican, as explained by Dr. Alveda C. King, niece of Martin Luther King Jr. this 2013 video below.
Facebook Twitter Flipboard