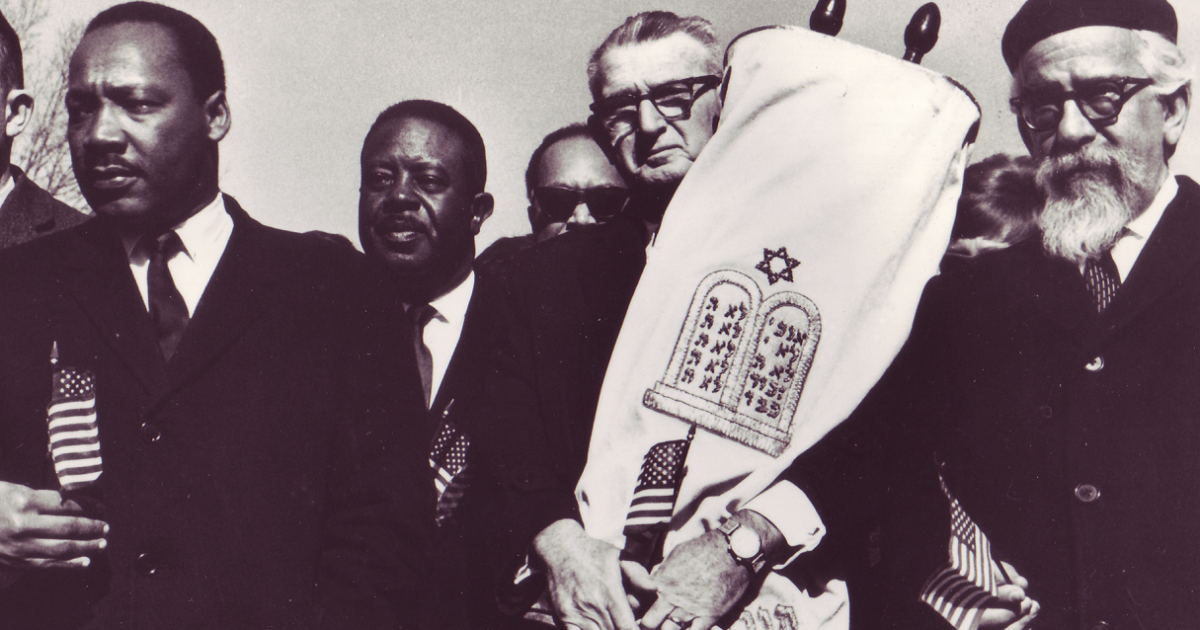 It’s like two old men sitting together and discussing their aches and pains, each insisting theirs malady is worse than the other other guy’s. MSNBC host Toure’ played that game on twitter Friday, but it wasn’t about backs or bunions, it was about whose people suffered worse, African Americans or Jews.

Toure’ started by posting about what he said “great” article about slavery reparations:

Someone with the twitter handle of  @hope_and_chains that if their family could still prosper after the holocaust, then American blacks should be able to do the same after slavery and Jim Crow.

@Toure How much do I owe for what Dems did in the first half of the century, while my family was in Eurppe running from Nazis, or in Dachau?
— Dat’s Racis’ (.com) (@hope_and_chains) May 23, 2014

I would have gone back even further, before some of my family went to Europe to be murdered by the Nazi, they were in Russia being murdered by Cossacks.

Then when he pointed out that his family survived a concentration camp came to the US with nothing and made it work….Toure’ answered that it was the power of whiteness. To prove his point Toure’ felt it necessary to marginalize the Jewish experience.

The power of whiteness: RT @hope_and_chains: My family survived a concentration camp, came to the US w/ nothing, LEGALLY, and made it work.
— Touré (@Toure) May 23, 2014

I would never deny the horrors black people have faced in the US for hundreds of years, I wouldn’t even deny the fact that while things are much much better, racism still exists, in the United States.

But for Toure’ to deny that Jews have faced hatred in this country and/or the rest of the world, and still face it today is to belie the truth.

And the Holocaust wasn’t simply perpetuated by Hitler, he was helped by the British and the US.

During WWII despite the dire warnings coming from Germany, at the Evian Conference of 1938, Britain refused to allow further Jewish refugees into their country, you see they already had enough Jews.

Also Jews were denied the ability to escape the Nazis and immigrate to the British-controlled Palestine. As more and more Jews were facing the final solution Britain strictly limited immigration. This limitation became nearly absolute after the White Paper of 1939 all but stopped legal immigration. During the War, Jews organized an illegal immigration effort, conducted by “Hamossad Le’aliyah Bet” that rescued tens of thousands of European Jews from the Nazis by shipping them to Palestine in rickety boats. Many of these boats were intercepted and some were sunk with great loss of life. The efforts began in 1939, and the last immigrant boat to try to enter Palestine before the end of the war was the Struma, torpedoed in the Black Sea by a Soviet submarine in February 1942. The boat sank with the loss of nearly 800 lives.

In his book, “FDR and the Holocaust: A Breach of Faith.” historian Rafael Medoff says Franklin Delano Roosevelt failed to take relatively simple measures that would have saved significant numbers of Jews during the Holocaust, because his vision for America only encompassed having a small number of Jews.

“In his private, unguarded moments, FDR repeatedly made unfriendly remarks about Jews, especially his belief that Jews were overrepresented in many professions and exercised too much influence and control on society. This prejudice helped shape his overall vision of what America should look like — and it was a vision with room for only a small number of Jews who, he said, should be ‘spread out thin.’ This helps explain why his administration went out of its way discourage and disqualify would-be immigrants, instead of just quietly allowing the immigration quotas to be filled to their legal limit.”

And things haven’t gotten much better today.  Pat Buchanan was fired from MSNBC because of what he said about Black people.  No one cared that he denied part of the Holocaust or wrote articles saying there were too many Jews on the Supreme Court.

Al Sharpton let two anti-Semitic pogroms in New York City and he gets a prime time show.  News people think of nothing passing along the anti-Semitic meme that Jews control foreign policy, or Hollywood, or Congress.  One idiot at a tea party rally brings a confederate flag all tea party supporters are racists. Yet no one bashes the Democratic Party for its support of the occupy Wall Street protests even though there were hundreds of posters complaining about the Jewish-owned banks.

Then there is the obviously anti-Semitic BDS movement they target the Jewish State, while ignoring the real human rights offenses by countries such as Saudi Arabia, China, North Korea, Egypt, Russia and others. The fact they target Israel instead of those countries and others, is just one more example of targeting the Jewish State because it sounds nice than targeting Jews.

How about the Antisemitism on campuses such as UCLA, Brandeis, Vassar.. Jews have been attacked and harassed on each of those campuses over the past few weeks.

And what about Antisemitism, it’s worse in Europe than the US. The two people beaten up after they left synagogue on Saturday and the shooting at the Jewish Museum in Belgium are not that unusual. A recent poll reported that 75% of French Jews are considering moving to Israel because of the French Antisemitism.  Britain and Greece are bad also. And Poland is returning to its long history of Jew-hatred. That’s just for a start. A recent international poll reported that one out of every four people in the world was an anti-Semite.

After surveying over 50,000 people in 102 countries in what it termed
the “most comprehensive assessment ever of anti-Semitic attitudes
globally,” the ADL came to a number of surprising conclusions.


The First International Resources poll determined that 26 percent of
respondents are “deeply infected” with anti-Semitic attitudes while only
a little more than half of those polled have heard of the Holocaust.
Two thirds of those asked stated that they have either not heard of the
Nazi genocide or do not believe that accepted historical accounts are
correct.

Jews are banned from Saudi Arabia, not banned from practicing their faith…we are talking banned from setting foot on their oil-rich sand.

And while a police office has never stopped me for DWB (driving while black), I have been attack for WWYWL (walking while a Yid Wearing a Lid).

As I said at the beginning of this post I would never deny the horrors black people have faced in the US for hundreds of years, I wouldn’t even deny the fact that while things are much better, racism still exists, in the United States. I also would never try to compare the suffering of the African American in the United States to the suffering my people have faced since the second temple was destroyed 2000 years ago.  It’s apples and oranges.  Both people faced horrible suffering both people still face bigotry.  Each group suffering was/is different from the other, but to deny one’s by saying they had the advantage of “white privilege” is being insensitive to all suffering.

When Jews saw the suffering of African Americans in the 1960s they marched along Martin Luther King Jr. to fight for equal rights. Rabbis across the US taught their congregations if they didn’t do all they could to ease the suffering of the Blacks then they were denying the suffering the Jewish people faced.  Perhaps it’s time for people like Toure’ to begin to recognize that others have, and continue to suffer also.