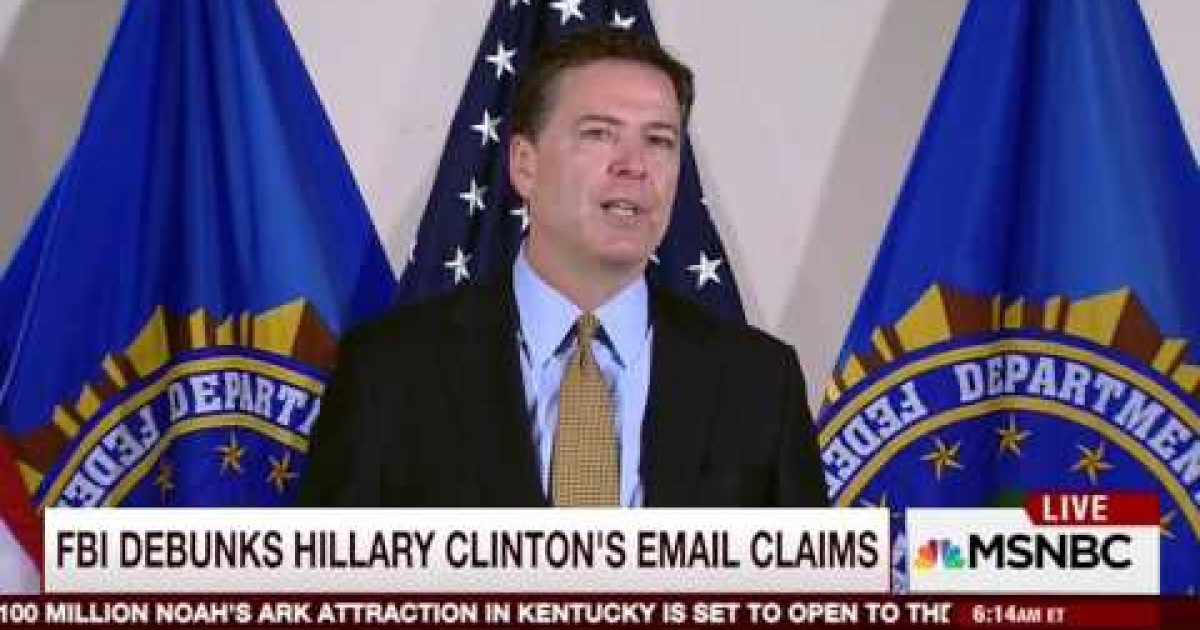 Things must be bad if the folks at MSNBC are willing to tear into Hillary Clinton and the Obama administration the way they did on Wednesday. In a powerful segment on MSNBC’s Morning Joe, cohosts Joe Scarborough and Mika Brzezinski took turns ripping Clinton, Obama, FBI Director James Comey, and Attorney General Loretta Lynch to shreds. Clinton was called a “liar,” Obama was called a meddler, Comey was called a “coward,” and it was implied that Lynch may be corrupt! It was an awesome display of righteous indignation and one that seems to be mysteriously lacking among other mainstream media news outlets.

Nicole Sullivan may have had the best line of the segment when she argued that if the bar had been set any lower it would have been underground!

“I’m shocked because he clearly found a direct violation of 18 United States Code section 793, which does not require intent. It requires only “gross negligence” in the handling of anything relating to the national defense. When he determined that she was extremely “careless.” The definition of gross negligence under the law is extreme carelessness. It’s the first definition that comes up in the law dictionary. It’s the definition the judges give to juries when they charge injuries on gross negligence. Negligence equals carelessness. Gross negligence equals extreme carelessness. So that is a clear absolutely unassailable violation of 18 United States Code, section 793, which is not a minor statute, it carries ten years in prison.”

In fact, FBI Director Comey’s press conference may have actually created more questions and cause more problems for the Clinton campaign than it solved. By Comey’s own admission in his press conference Hillary Clinton lied time and time again, she also showed extreme carelessness in the handling of classified materials, and has proven herself to be unfit for classified clearance… so how in the world could Americans be considering her for the highest office in the land?

Young Not Stupid: My Grandfather's Legacy of Living the American Dream Deserves to Live On
June 21st, 2021 Flag And Cross