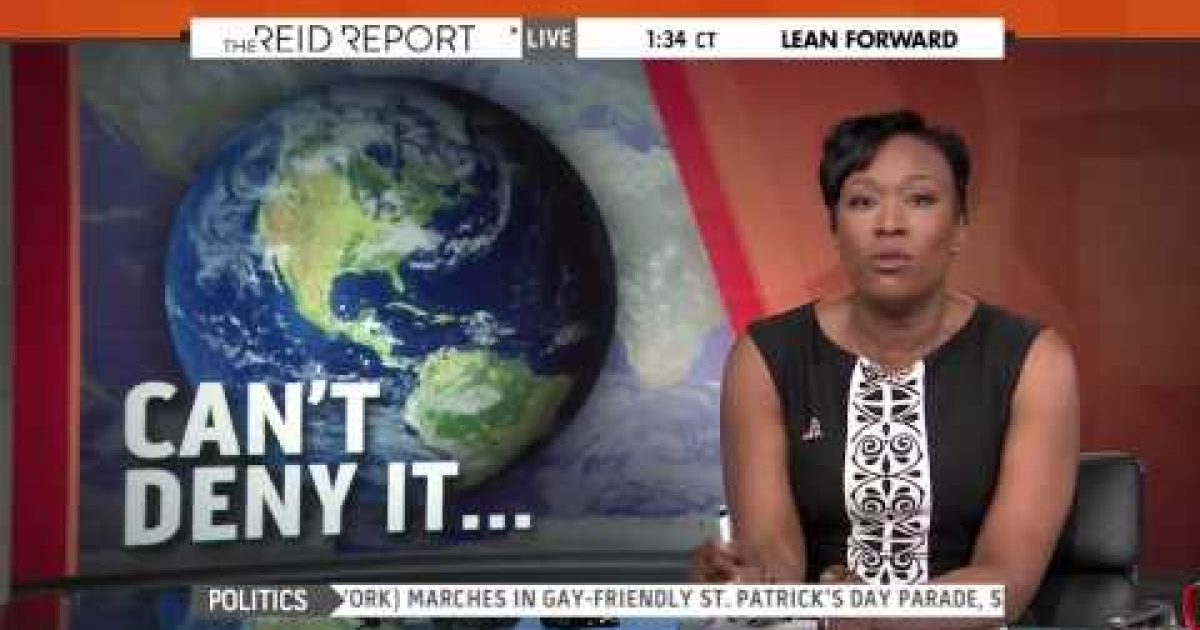 Even the IPCC the UN’s climate change watchdog recognizes that there has been no “warming” since 1997 which means per her definition there is no climate change.

Okay, that’s the weather forecast. It’s cold and getting colder. So much for global warming, right? I mean, if it’s this cold out, the earth can’t possibly be getting warmer, right? Now, it’s an easy mistake to make. Even your local TV weather forecaster can get confused by the concept. In fact, this is a list of weather forecasters compiled by forecast the facts, part of the Center for American Progress, thinkprogress.org, who have gone on record denying global warming exists. And in a 2010 survey, more than a quarter of TV meteorologists called global warming a scam. But here’s the thing, global warming is not a weather forecast, and there is a big difference between climate and weather. For the record, Webster’s dictionary defines weather as the state of the air and atmosphere at a particular time and place. For example, rain, snow, cloudiness, whatever’s happening outside your window right now. On the other hand, climate is defined as the average of weather conditions, including temperature, wind and precipitation that occurs over a period of years. So, let me repeat. Climate is the average course of weather over a period of years. So, when we talk about global warming, we’re talking about the conditions of earth’s atmosphere over a long period of time. We’re not talking about the weather outside. Confused? Well, know that there are people and interests who want you to be confused, in part because of the political opposition to making the changes that would curb greenhouse gases and global warming. Think big oil, big coal and other fossil fuel industries. There are people who cultivate global warming denialism, and they even have a language for that, created by this guy, GOP consultant Frank Luntz, who in 2002 advised Republicans and then President George W. Bush to just stop talking about global warming because it’s scary and start using a less scary phrase, climate change instead, because change isn’t always so bad, right?

When she was done, Reid brought her two experts into the conversation, Bill Nye, who was labeled by the progressive Washington Post’s chief meteorologist as giving the “most flawed discussions of meteorology I’ve ever seen on a national network,” and Michael Mann, whose “hockey stick model” was published even though it was considered suspect by the Climate Research Unit of the University of East Anglia, considered by many to be the leading proponent of the climate change theory.