Guest On MSNBC’s AM Joy: GOP Is A ‘Domestic Terror Group’ 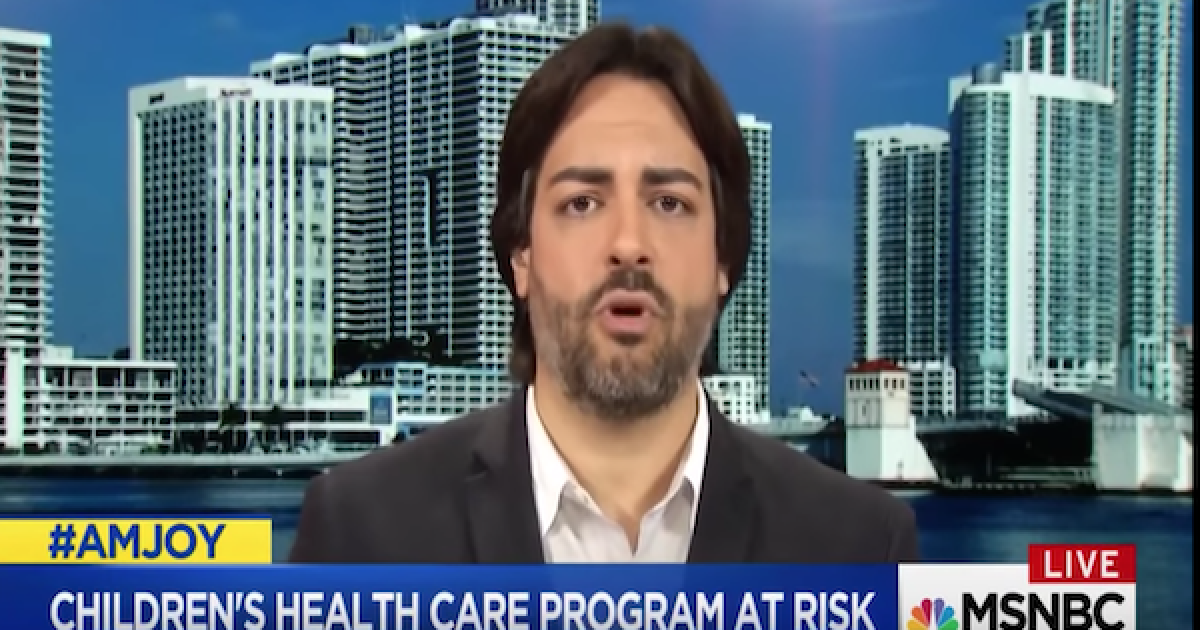 On Saturday, Fernand Amandi, a Democratic pollster and frequent guest on MSNBC’s “AM Joy,” declared the Republican Party is a “domestic terror group” and went so far as to say that Republicans should be locked up.

“You know, Florida and many other states would be decimated — Florida’s children, other children. And I think it leads to the question: Is it any surprise that the party that is pro-pay-for-play, pro-Putin, and now with Roy Moore, pro-pedophilia, the fact that they’re anti-children, is that any surprise? I don’t think it is. And I think, Joy, this is emblematic — this CHIP scenario where you mentioned nine million children — children — without health insurance,” he told Reid in response to a question about the number of children on CHIP in Florida.

The Democratic pollster — known for making wildly over the top statements on the show — made his hyperbolic comments about locking up Republicans not in response to any sort of charges of legal wrongdoing, but instead in response to simply having a policy disagreement about how to handle the CHIP program.

The rest of the panel behaved as if the off the wall remarks were simply a normal conversation as no one commented on his absurdity, with even Republican panel member Katon Dawson just calmly responding that he believed the CHIP program would be renewed.

Reid, the Daily Caller added, “didn’t challenge or question Amandi’s talking points, and instead quickly pivoted to the next guest, Katon Dawson. Dawson, a Republican politician, even seemed unfazed by Amandi’s outburst.”

“I would predict to you that the party or the politicians will find a way to make this palatable and affordable. And they already have addressed it in the House. It’s pretty tough to leave nine million children behind, and that won’t happen,” Dawson said.

Here’s video of his offensive statement:

It’s difficult to say what is more of a concern — Amandi’s desire to see all Republicans locked up for disagreeing with him, or Reid’s failure to challenge him or rein him in.

Of course, we now know that Reid sees rural Americans as a “core” threat to U.S. democracy who should be disenfranchised, so her non-reaction is really no surprise.

But Amandi’s statement tells us pretty much what we need to know about the modern Democratic Party. They don’t seek to work with Republicans to get things done — they demand everyone think like them or else. And if they had their way, there’s no doubt they would toss Republicans into jail — or worse.