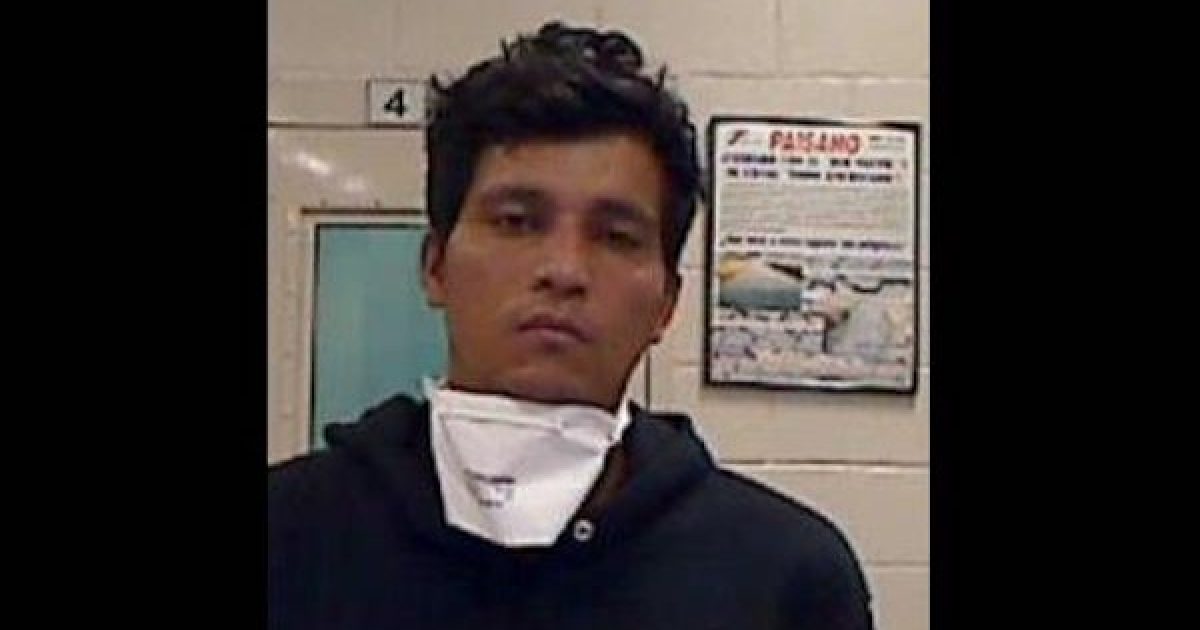 But wait a second how could it be? The MSM says all the people in the caravan are a pure as snow.

Border Patrol agents arrested an MS-13 member who claimed he traveled through Mexico with a migrant caravan. The arrest was after he illegally crossed the border from Mexico into California.

According to the Washington Examiner, an active member of the MS-13 gang admitted to U.S. Border Patrol officials that he joined a caravan of migrants in the hopes of reaching the border and crossing into the United States. Jose Villalobos-Jobel of Honduras was arrested on Nov. 24, after being spotted standing on the U.S. side of the border.

Border Patrol agents assigned to the El Centro Sector in California arrested a previously deported MS-13 member who claimed he traveled through Mexico with a migrant caravan. The agents made the arrest after he illegally crossed the border from Mexico into California.

El Centro Station agents patrolling east of the Calexico Port of Entry came upon a suspected illegal immigrant who just crossed the border from Mexico. During an interview, the agents learned the man is a Honduran national who claimed membership in the hyperviolent MS-13 (Mara Salvatrucha 13) gang, according to El Centro Sector Border Patrol officials.

The Honduran national told agents he traveled through Mexico as part of a large group of caravan migrants coming from Central America with the intention of filing for asylum in the U.S., officials stated.

The agents transported the gang member to the El Centro Station for further investigation and a biometric background check. The agents identified the man as 29-year-old Jose Villalobos-Jobel, a citizen of Honduras. More

Just because this one bad hombre was alone when he was caught doesn’t mean he traveled alone or that there aren’t more of them mixed in the mobs.

https://t.co/0ZRMPNXrDS via @BreitbartNews. Of course he CAN’T be MS-13 or that would negate the entire idea democrats have that all immigrants are harmless! A TX Teacher must have run over herself, Steinle shot herself & Mollie just laid down in a field & died! Coddling fools!

In case the libs think the migrant caravan is just women & children ( it’s not ) mostly work age males who are not applying for asylum. MS-13 Member Says He Traveled with Migrant Caravan to California https://t.co/zbAmq0rmHq

Hey @CNN, @NBCNews, and @MSNBC! You told us they weren’t coming. Then you said there aren’t criminals in the imaginary caravan?

MS-13 Member Says He Traveled with Migrant Caravan to California https://t.co/yMY7zInEZh via @BreitbartNews

MS13 gang member arrested as he illegally crossed the border. He was arrested in 2006 and deported to Honduras but joined the caravan as a cover. https://t.co/p4YFRadpsm

HEY DEMOCRATS, here’s one of your innocent caravan members!!

MS-13 Member Says He Traveled with Migrant Caravan to California https://t.co/jAsPosRwPz via @BreitbartNews

https://t.co/9Ww2EPXCvC
All these caravans want is a good place to live, eh?
Hey, Acosta, can this guy stay at your house for awhile?
.

Pelosi would call him a patriotic dreamer. How many in the caravan are gangbangers already deported and coming back here which makes them felons?

Per the Department of Homeland Security, there are more criminals in the caravan than the one MS-13 guy

“[W]e cannot confirm the backgrounds and identities of all caravan members which possess a national security and public safety risk to our country. However, at this point we have confirmed that there are over 600 convicted criminals traveling with the caravan flow. This includes individuals known to law enforcement for assault, battery, drug crimes, burglary, rape, child abuse and more. This is serious,” Nielsen wrote. “Additionally, Mexico has already arrested 100 caravan members for criminal violations in Mexico.”

But the mainstream media still claims the caravan gives ups nothing to worry about. I wonder how many of those reporters will invite some of those 600 criminals to their house.