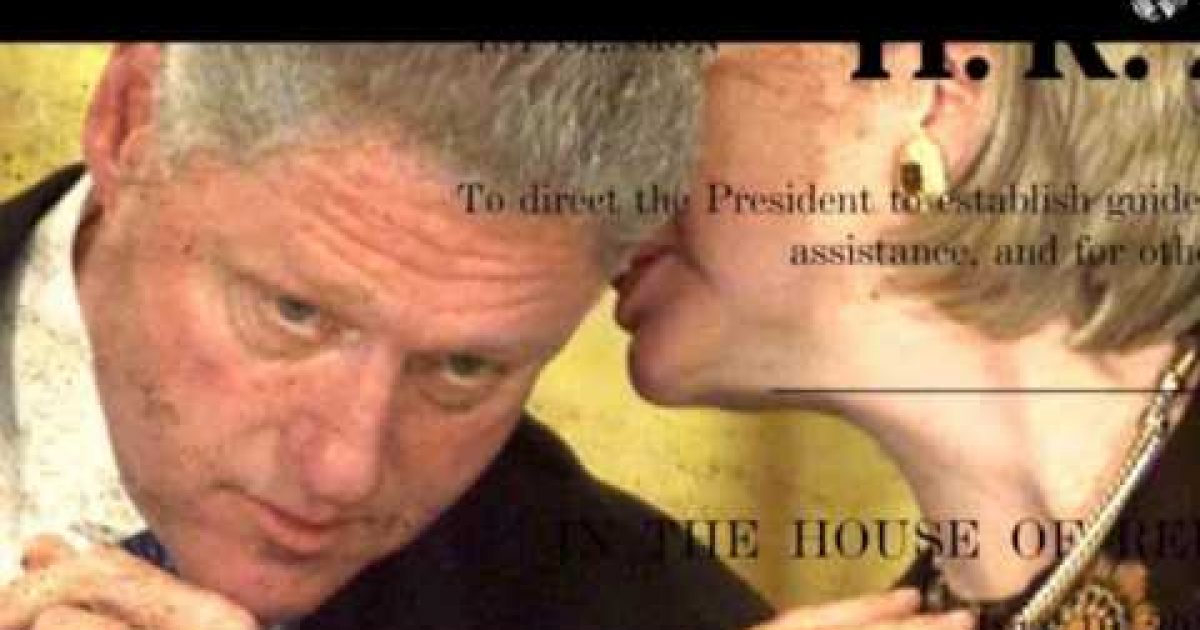 Clinton Cash: The Untold Story of How and Why Foreign Governments and Businesses Helped Make Bill and Hillary Rich was more than just a best seller. This investigative book by my former Breitbart editor Peter Schweizer dominated the political discourse for months and taught the mainstream media that it was okay to investigate Hillary Clinton. I dare say if there was no Clinton Cash there would be no coverage of Ms. Clinton’s email and other scandals. Now the book’s been made into a documentary movie to premiere at a special distributor screening at the the 2016 Cannes Film Festival in mid May.

For those who haven’t read the book as of yet, Schweizer’s opus, Clinton Cash is was a well-documented quantitative-based case investigating how Bill and Hillary Clinton went from being “dead broke” after leaving the White House to amassing a net worth of over $150 million, with $2 billion in donations to their foundation. Schweizer was able to tie the wealth accumulated during Mrs. Clinton’s tenure as Sec. of State through lucrative speaking fees and contracts paid for by foreign companies and Clinton Foundation donors, to corresponding actions by the State Dept. Critics of the book make the legitimate claim that there is no direct proof the actions at State were done because of the donations, one would have to believe in an amazing set of coincidences to believe they were unrelated.

Thanks to the revelations in the book, separate from the email scandal the FBI is investigating Ms. Clinton’s State Dept. tenure for corruption:

“The agents are investigating the possible intersection of Clinton Foundation donations, the dispensation of State Department contracts and whether regular processes were followed,” one source said.

The development follows press reports over the past year about the potential overlap of State Department and Clinton Foundation work, and questions over whether donors benefited from their contacts inside the administration.

Additionally, according to the reporters inside the FBI, pressure is growing to pursue the case.

One intelligence source told Fox News that FBI agents would be “screaming” if a prosecution is not pursued because “many previous public corruption cases have been made and successfully prosecuted with much less evidence than what is emerging in this investigation.

“It’s a story that resonated with people on the printed page,” said Schweizer. “We felt we needed to look at other platforms, too. The key is to engage voters. If you look at what’s motivating Trump and Sanders fans, it’s disgust with cronyism and corruption in Washington.”

Indeed! As the the book was an important tome, Clinton Cash, the movie will inform voters the truth about the corrupt Clinton dynasty. I for one can’t wait to see the film.