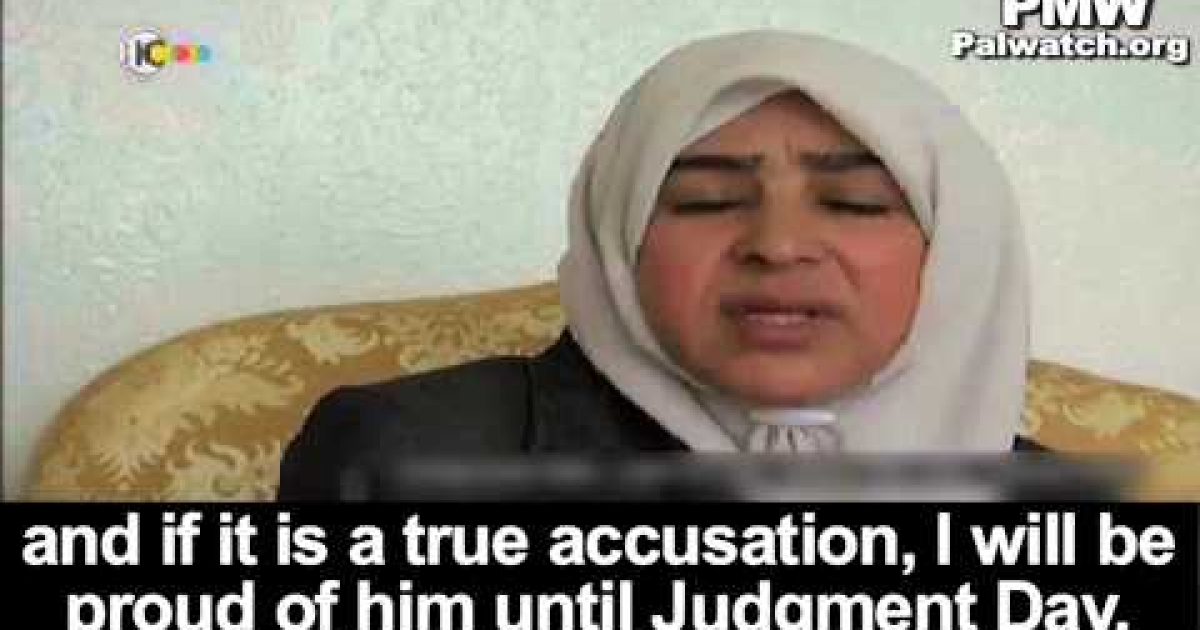 The mother of one of the alleged Palestinian kidnappers of three Israeli boys, Amer Abu Aysha, appeared on Israeli Channel 10 on Sunday and expressed doubt that her 33-year-old son was involved, but asserted that if he was, “I will be proud of him until Judgment Day.”

On June 12, 2014, Israeli teens Eyal Yifrach, 19, Gilad Shaar, 16, and Naftali Frenkel, 16, were kidnapped while hitchhiking in the West Bank. On Monday, June 30 the bodies of the children were found. They appeared to have been shot to death soon after the abduction.

Last Thursday, Israeli security officials named two Palestinians from Hebron, Amer Abu Aysha, 33, and Marwan Kawasme, 29, as the key suspects in the abduction who disappeared at the same time as the kidnapped teens and have not been seen since. Both are reported to be Hamas members.

“If they [Israel] accuse him of this (the kidnapping), and if it is a true accusation,” said Aysha’s mother, “I will be proud of him until Judgment Day. If the accusation that he did it is true… My boys are all righteous, pious and pure. The goal of my children is the triumph of Islam.” The mother, whose name wasn’t reported, said that Abu Aysha told his wife on the morning of the kidnapping that he might be late coming home from work.