NY Times: Wanting to Be A Mother And Housewife Is White Supremacist 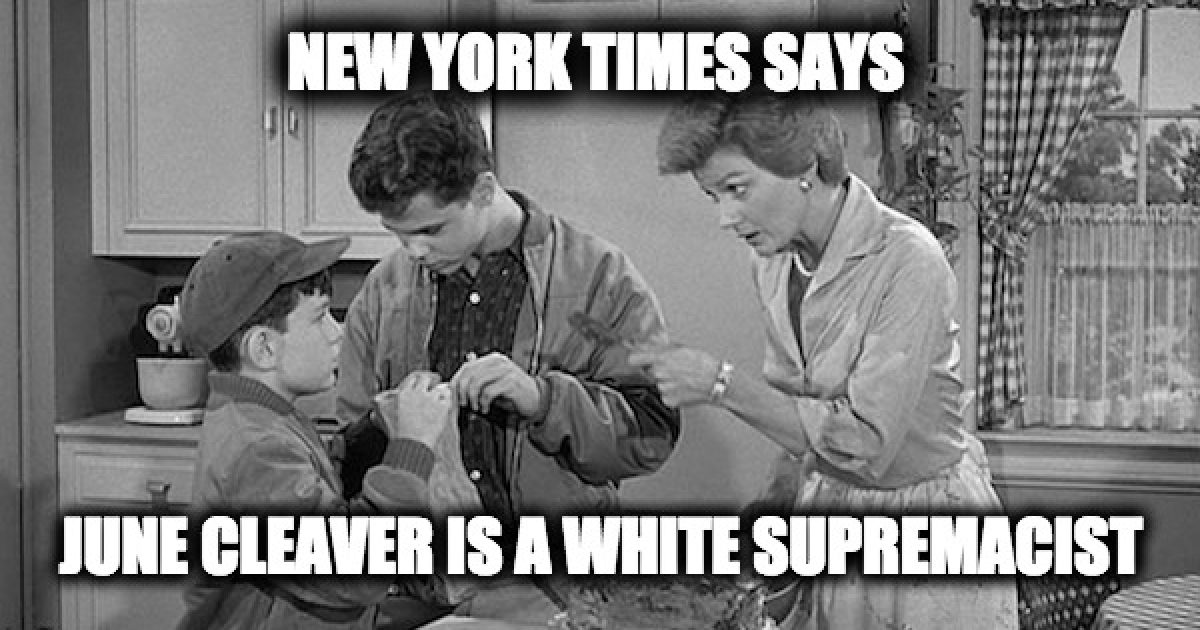 In a classic guilt-by-association move, a New York Times columnist equates goals to be a housewife and mother to racism.

That’s the kind of juvenile reasoning you get the deep state PR firm calling itself the New York Times. The writer equates the alt-right throughout her piece with the racist fringe, though simultaneously treating all conservative thought on the internet as the same thing to make it seem like a significant deal.

Annie Kelly thus writes about “The Housewives of White Supremacy.”

In a podcast interview posted last spring, Nicole Jorgenson, a singer and former schoolteacher in North Dakota, explains to her host that she has never been happier since marrying and having children. And yet between cute pastoral anecdotes of growing her own vegetables and making banana bread, it soon becomes clear that Ms. Jorgenson is advocating something sinister — not just a return to agrarian motherhood.

She lived in Germany temporarily, she says, but left just before “an influx of refugees took over the country.” She just had a child and thinks the new baby is beautiful — but maybe not quite in the same way all mothers do: “I always wanted children that looked like me,” she says, “blond-haired, blue-eyed babies, but I kind of had to say it under my breath.”

By the time the interviewer begins to gush about how wonderful it is that Ms. Jorgenson and her husband are both of Norwegian heritage — “you guys come from the same blood” — it’s clear what political demographic both women are catering to. Ms. Jorgenson is being interviewed on Radio 3Fourteen, a white supremacist talk radio program; it is interviewing her because she considers herself a tradwife.

Over the past few years, dozens of YouTube and social media accounts have sprung up showcasing soft-spoken young white women who extol the virtues of staying at home, submitting to male leadership and bearing lots of children — being “traditional wives.” These accounts pepper their messages with scrapbook-style collections of 1950s advertising images showing glamorous mothers in lipstick and heels with happy families and beautiful, opulent homes. They give their videos titles like “Female Nature and Advice for Young Ladies,” “How I Homeschool” and “You Might be a Millennial Housewife If….”