The Truth Behind The Most IDIOTIC Kavanaugh Hearing Tweet 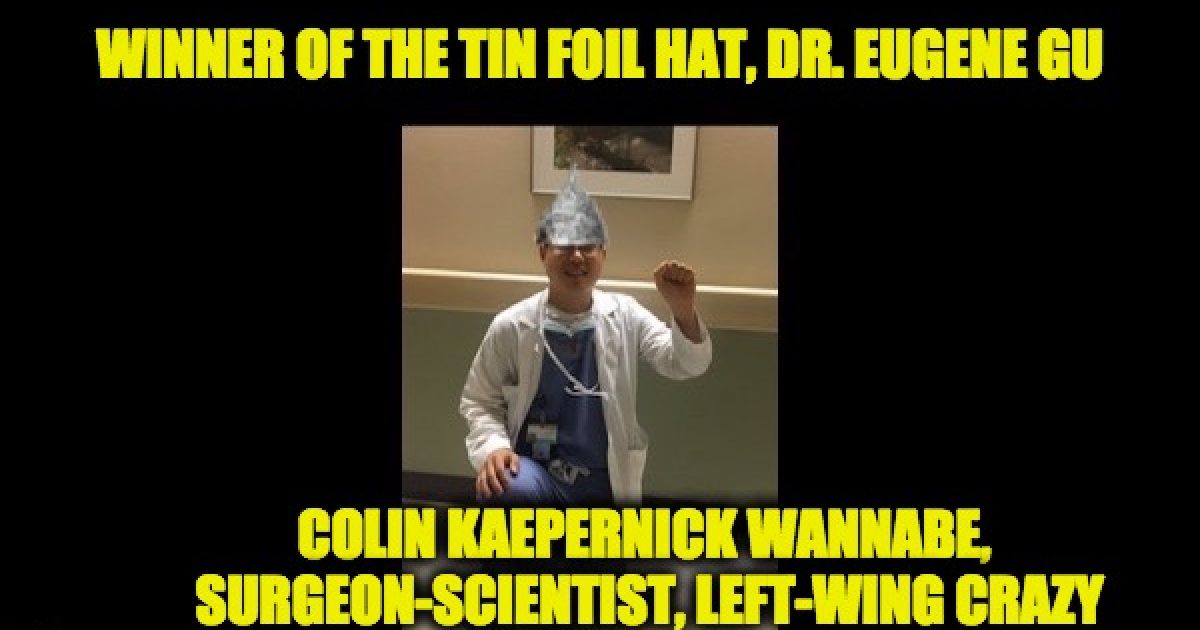 The Winner of the Dumbest Tweet About The first day of Kavanaugh hearings goes to Eugene Gu, MD. Mr. Gu is Surgeon-scientist hoping to cure heart and kidney diseases in babies, a noble cause.

However, he would probably make much more progress in his medical quest if he didn’t act as if he had an extra-thick tin-foil surgeon’s hat on his head. To be honest, If my kids needed medical help the last place I would go is to an MD who was a Surgeon-scientist-conspiracy theorist.

This is what Dr. Gu came up with:

Kavanaugh’s former law clerk Zina Bash is flashing a white power sign behind him during his Senate confirmation hearing. They literally want to bring white supremacy to the Supreme Court. What a national outrage and a disgrace to the rule of law. pic.twitter.com/uQGOpNa6xg

Really? Signaling white supremacy.  To me, it looked as if Dr. Gu’s tweet was indicating that he was having mental issues especially when one considers that Zina Bash the woman Dr. Gu is accusing is Mexican & Jewish.

Others also thought the surgeon’s tweet (or the surgeon himself)was a bit odd:

On the other hand, the sign means something else to the ASL crowd… pic.twitter.com/24VmytT89m

Wow, thanks to Chibi above and Eric below, I now know one word of sign language:

It’s also sign language for “asshole”. I wonder which Democrat was talking?

Well if it is a white supremacist signal then I guess this proves it:

Maybe it’s not the doctor’s fault:

Heck ever the leftist ADL the Doctor’s tweet is meshugeh: 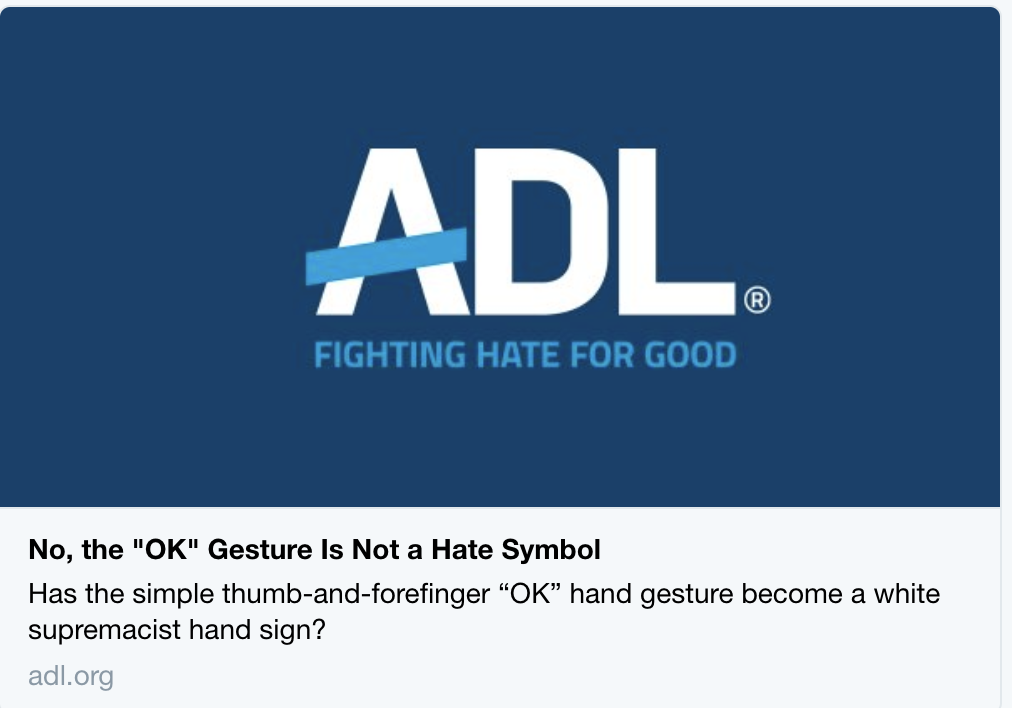 In the end, I defer to Eddie Murphy to make the decision, Eddie do you agree? Is the doctor a bit crazy?

I wonder why Mr. Gu didn’t point out the real bigots at today’s hearing. Senator Feinstein’s even gave a shout-out to one, Al Sharpton, who among his bigoted acts is leading two anti-Semitic pogroms in New York City.  The other bigot got thrown out,  Linda Sarsour who claimed that women who support the Jewish State of Israel should not be considered feminists.

. Screaming Protesters lead by Linda Sarsour at the confirmation hearing. This is a Disgrace and circus! All the Left does is cause disruption and obstruction! Kavanaugh’s Family Is there! Have some respect! #ConfirmJudgeKavanaugh. pic.twitter.com/WqOFhVYiCS

Congratulations Dr. Gu, your tweet certainly showed you to be a strange conspiracy theorist.  So tell me, do you take the tin foil hat off before you go to sleep?