Moscow To Stage Bogus Ukraine Annexation Votes: West Warns They Will Not Recognize

Rumor That Biden Asked "Where's Russia Again?" Is Not True. 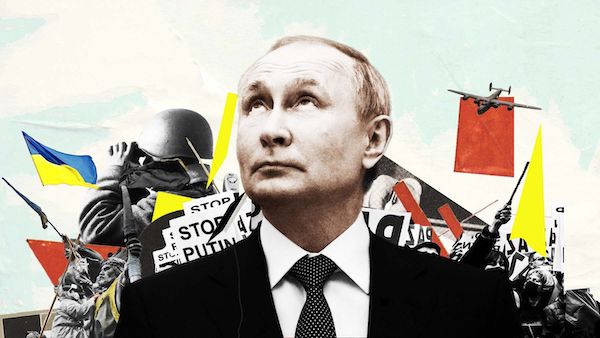 The Russian military has been humiliating to watch, at least for Vladimir Putin. But, as with far too many aspects of the Russian war machine, their continued failures have made them desperate. Those who haven’t dropped their rifles and fled for the border are ramping up their genocidal efforts, actively looking to eradicate Ukrainians just because.

As Russia is set to execute some sham “annexations,” Ukraine’s leadership is effectively shrugging it off.

Russian-controlled regions of eastern and southern Ukraine announced plans Tuesday to start voting this week to become integral parts of Russia. The concerted and quickening Kremlin-backed efforts to swallow up four regions could set the stage for Moscow to escalate the war following Ukrainian successes on the battlefield.

The scheduling of referendums starting Friday in the Luhansk, Kherson, and partly Russian-controlled Zaporizhzhia and Donetsk regions came after a close ally of Russian President Vladimir Putin said the votes are needed. As Moscow is losing ground in the invasion, it began nearly seven months ago, increasing pressure on the Kremlin for a stiff response.

Ukrainian Foreign Minister Dmytro Kuleba denounced them as a sham and tweeted, “Ukraine has every right to liberate its territories and will keep liberating them whatever Russia has to say.”

US secretary of state Antony Blinken called the referendums “the sign of Russian failure”. “If these referenda proceed, and if Russia purports to annex Ukrainian territory, the United States will never, never recognise it,” he said during the UN General Assembly in New York.

“The EU strongly condemns the planned illegal ‘referenda,’ which go against the legal and democratically elected Ukrainian authorities, are in violation of Ukraine’s independence, sovereignty, and territorial integrity and in blatant breach of international law.” “The results of such actions will be null and void and would not be recognized by the EU and its member states,” he added.

A spokesman for Lithuanian President Gitanas Nauseda quoted him as saying: “These regions are and will be Ukraine, and Russia’s sham referendums are illegal. Lithuania will never recognize them.”

Russia similarly “annexed” Crimea back in 2014, and Ukraine’s recent military successes have some suggesting that they’ll push to retake the region as Russians continue to retreat.