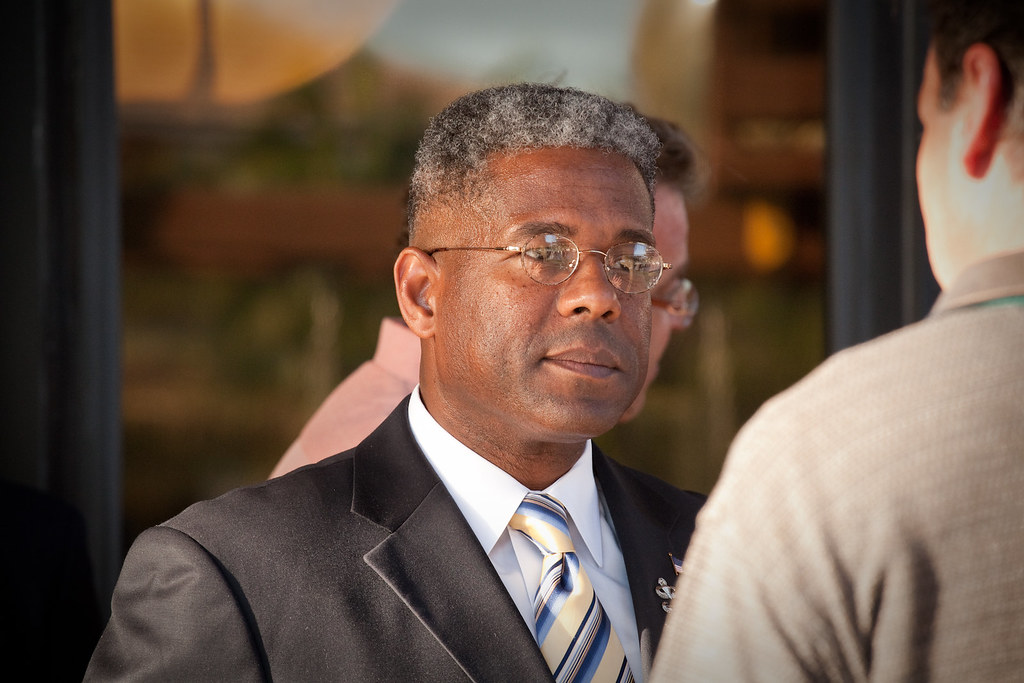 One of the highlights of my trip to CPAC 2010 was getting the opportunity to meet with Lt. Col. (retired) Allen West, GOP candidate for Florida’s 22nd Congressional District. West was unusual among the politicians I met, no false bravado, just a quiet confidence and a look into my eyes that convinced me, here was a guy who was legit.

Besides being a candidate with conservative positions, Allen West just radiates honor and morality, he says what we need in this country is principle

I look around in this room. And you’re right. The majority of people in this room are Caucasian. But that has nothing to do with your love of this country. It has nothing to do with your sentiments toward me. And when we have people who want to try and pit us against each other by saying that you’re racist for standing up on principle,…that is only them being divisive because they know what’s at stake. And we cannot allow that to happen.

However a poll released today by Sunshine State News Poll shows Lt. Col West taking a slim 3% lead, 47-44%. There is still a large group of undecided in the race (9%) Florida’s 22nd Congressional district is rated D+1, which means it leans slightly toward the Democratic party.

“West has to be the slight favorite here simply because of the turnout differential,” said Jim Lee, president of Voter Survey Service, which conducted the poll for Sunshine State News.

According to the same poll Obama’s approval in the district is only 43% (vs 52% not approving) which should mean that the “stars” favor West. However it is a very small lead and there is still plenty of time for Klein to catch up.

Klein, a two-term congressman, has blanketed the airwaves with attack ads highlighting West’s alleged personal financial problems and plastered pictures of West hanging out with a leather-clad motorcycle group.

Allen West is the ideal tea party candidate, fiscally conservative, with the sense of honor and integrity to see it through.