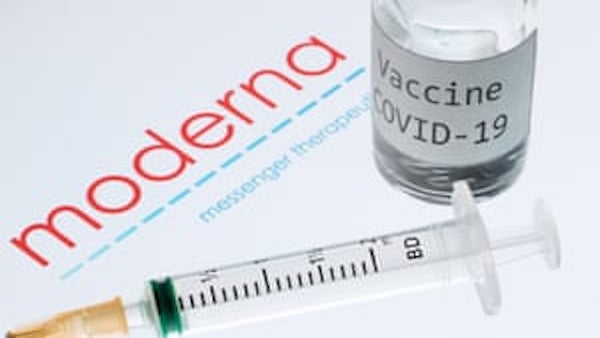 Remember when the MSM said it would be a miracle if there would be a COVID vaccine by the end of the year, as the President promised? U.S. biotech company Moderna announced Monday they will seek an emergency use authorization (EUA) from the FDA  for its COVID vaccine after clinical trials confirmed it is 94% effective. Beginning late last week, the vaccine developed by Pfizer and BioNTech was sent to distribution sites allowing for quicker delivery once approved by the FDA for EUA on at its December 10th meeting.

If approved at the FDA’s vaccine advisory committee at its December 17th meeting, the Moderna vaccine will begin distribution as soon as Dec. 21 if the process goes as planned, per the company’s CEO.

Both Pfizer and Moderna used a new process to develop their vaccines. Traditional vaccines use weakened or dead virus cells to elicit an immune response. The new process proves that humans’ immune response does judge a virus by its cover. They use “a gene-based technology known as messenger RNA after the molecules that carry DNA instructions for making proteins. The vaccines carry genetic code that teaches human cells how to produce a protein resembling the spike protein found on the coronavirus’s surface. Production of the spike protein, researchers say, will trigger an immune response that can ward off disease if a vaccinated person subsequently is exposed to the virus.”

Both the Moderna and Pfizer vaccines require the recipients to get two doses to be effective. Additionally, they each need to be frozen until just before use, but the Moderna one needs to be cooled only at the temperature equal to that of home freezers. Pfizer’s product needs to be frozen at lower temperatures. “Once thawed, the vaccine is expected to remain stable at standard refrigeration temperatures of 36 to 46 degrees Fahrenheit for up to 30 days. It can stay at room temperature for up to 12 hours.”

The Moderna vaccine is another validation of the President’s Operation Warp Speed. Operation Warp Speed doesn’t cut efficacy or safety corners as some liberals and the MSM contend.  The program speeds the development of vaccines via federal funding for R&D and federal pre-purchasing of millions of doses before the vaccine is fully tested.  These funds allow vaccine developers to conduct all the normal steps of traditional drug development. Still, instead of doing step one, then step two, etc. Under Operation Warp Speed, all steps proceed simultaneously, such as starting manufacturing the vaccine at an industrial scale well before demonstrating vaccine efficacy and safety.  Thus, the government takes a big part of the financial risk that the investment may not lead to a successful vaccine. BUT the product is still deemed safe and efficacious before it is distributed to the public.

Via Warp Speed, the federal government has agreed to purchase 100 million doses of Moderna’s vaccine for about $1.5 billion, with an option to buy additional doses. The government also has supply deals with other leading vaccine developers such as Pfizer, Johnson & Johnson, and AstraZeneca. As part of the purchase agreement, the government will direct how the vaccines will be distributed (at no cost to recipients).