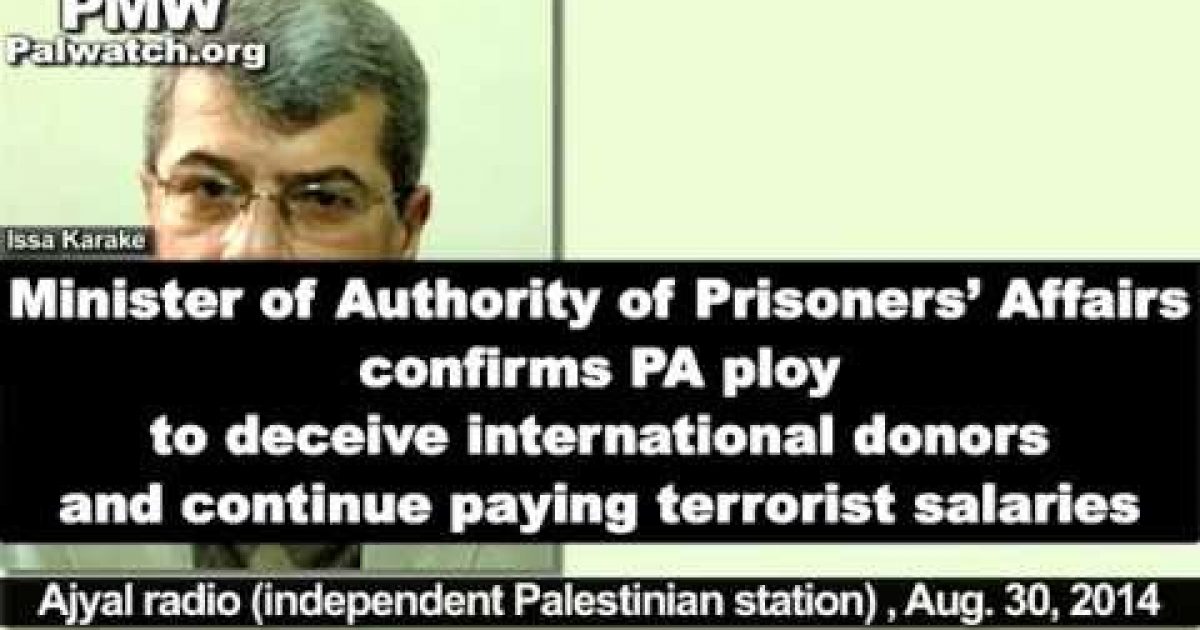 We have previously reported, the “moderate” Palestinian Authority was evaluating ways to avoid Western pressure and continue providing income to terrorists while receiving Western Aid. At the end of August, President Mahmoud Abbas issued a decree making that subterfuge official.

Here’s the way the trick works: Abbas changed the name of the Ministry of Prisoners’ Affairs, which had been part of the PA government, to the Supreme National Authority of Prisoners’ Affairs, part of the PLO. The Ministry of Prisoners’ Affairs was sending salaries to terrorists who were jailed, but the U.S. Congress and the parliaments of Holland, Norway, Britain and others told the PA they had to stop the practice. Now, instead of paying terrorist salaries fromthe PA general budget, the money will come from an ostensibly different organization, the PLO. Since the PLO does not receive EU or U.S. funding, the PA expects that international donors will no longer criticize its payments to imprisoned terrorists and their families.

On Wednesday, the official Palestinian Authority newspaper Al-Hayat Al-Jadida reported that the new agency “will be subordinate to the PLO and supervised by it and by the Palestinian presidency.”

This week, newly-appointed Minister Karake affirmed that nothing will change under the new Authority, and the same “services,” i.e., payments and other benefits to the prisoners, will continue:

“The Palestinian leadership, President Mahmoud Abbas and the members of the [PLO’s] Executive Committee confirmed that this change would in no way affect the importance and significance of the prisoners’ issue, neither in terms of politics and the struggle nor in terms of the services [provided to the prisoners].”