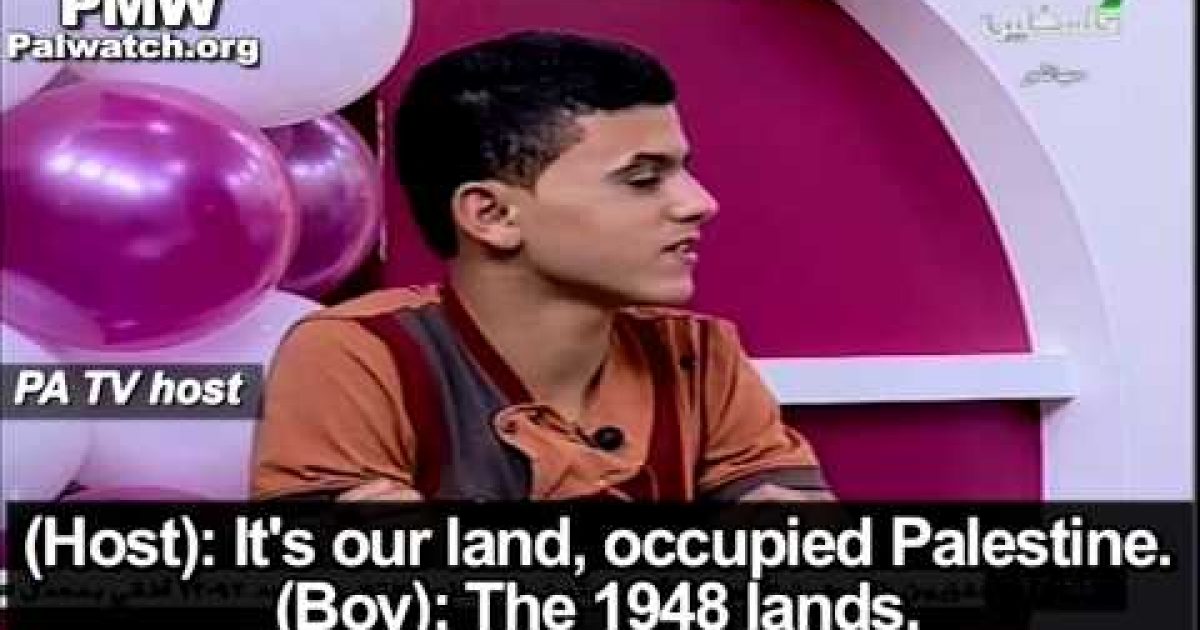 The Palestinian Authority run by President Mahmoud Abbas, seen by the Western world as both moderate and a peace partner, is inciting the continuation of hatred by the next generation, teaching their children that all of Israel is their land on their official TV station. The video below is from a children’s TV show appearing on the October 3 broadcast on the official Palestinian TV station.