Mitt Romney On Clinton/Russia Uranium Scandal ‘It Looks Like Bribery’ 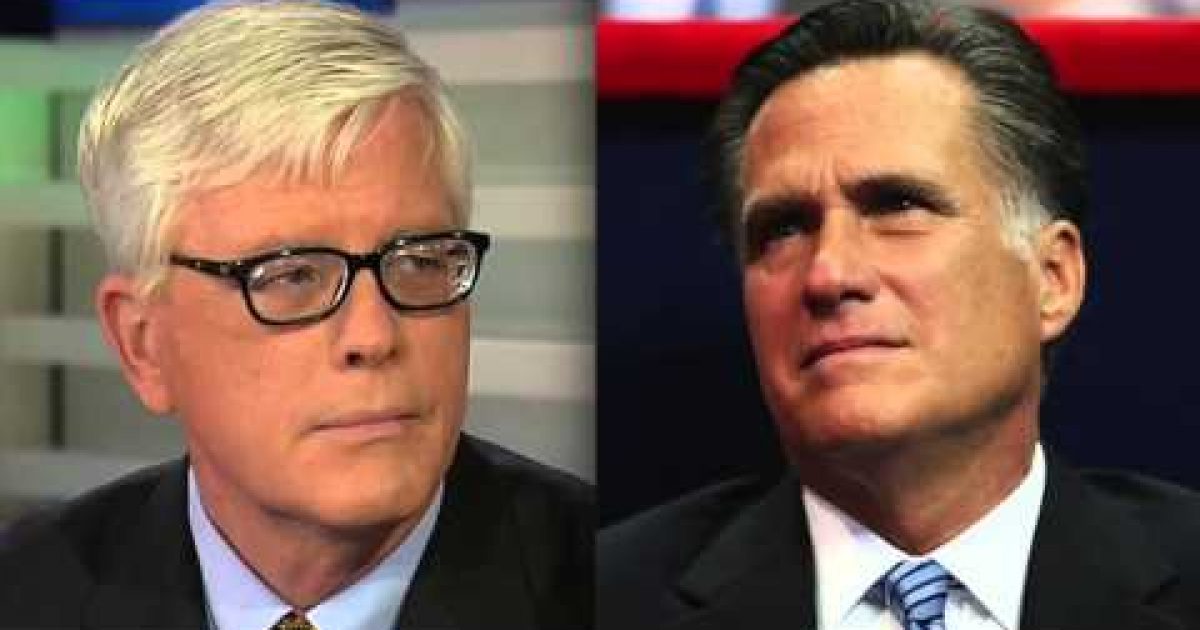 GOP 2012 standard bearer Mitt Romney was a guest on Thursday evenings Hugh Hewitt Radio Show. The conversation began with a discussion of the latest Hillary Clinton/Clinton Family ‘Foundation scandal involving Russia getting a hold of a big part of the United State’s uranium supply and the Clinton Foundation getting a big stack of money.

Interestingly Romney who usually avoids being too critical (which is one of the reasons he lost the election) did not hold back when it came to Hillary, saying more than once that the uranium story sounds ad if the Clintons were bribed:

Transcript and video below:

Hewitt: Pleased to welcome back to the program former Massachusetts Governor and 2012 Republican nominee for president, Mitt Romney. Governor Romney, always a pleasure, welcome back.

Romney: Thank you. It’s good to be with you, Hugh.

Romney: You know, I’ve got to tell you, I was stunned by it. I mean, it looks like bribery. I mean, there is every appearance that Hillary Clinton was bribed to grease the sale of, what, 20% of America’s uranium production to Russia, and then it was covered up by lying about a meeting at her home with the principals, and by erasing emails. And you know, I presume we might know for sure whether there was or was not bribery if she hadn’t wiped out thousands of emails. But this is a very, very serious series of facts, and it looks like bribery.

Hewitt: I just asked Senator Lindsey Graham last hour if they would hold hearings into the donors to the Clinton Family Foundation, because if the Russians can give them that much money, is it possible the Iranians have as well, Governor Romney?

Romney: Well, we don’t know who gave money, and the IRS apparently is making it known that the filings of the Clinton Foundation did not include the fact that foreign governments were making contributions. And they had misstated their filings over the past several years. This is obviously a very troubling setting. But even what we do know, based on what was written by the New York Times, and is being reported by Fox and others, it has every earmark of bribery. And this is from the office of Secretary of State. This is a very troubling set of facts, and clearly, there’s got to be some kind of investigation to find out what the truth is here, because around the world, people are going to look at Hillary Clinton, a potential candidate for president, a former Secretary of State, and say gosh, is this a person who could be trusted? And I think the American people are asking that question as well.

Hewitt: Now Governor Romney, Brian Fallon, a spokesperson for Mrs. Clinton’s presidential campaign, said, “No one has produced a shred of evidence supporting the theory that Hillary Clinton ever took action as Secretary of State to support the interests of donors to the Clinton Foundation. To suggest the State Department under then-Secretary Clinton exerted undue influence in the U.S. government’s review of the sale of Uranium One is utterly baseless.” Is that a sufficient response?

Romney: Well, it’s blah, blah, blah. The story that came from the New York Times is pretty straightforward, which is that millions upon millions of dollars were given to the Clinton Foundation at the same time by a group of people who had uranium assets, and shortly thereafter, these people came to the State Department for approval to be able to sell these assets to Russia for a huge price tag. And those are the facts. And if those things are connected, as they certainly seem to be, it’s a form of bribery. And that’s what it appears to be, and that is of course what’s going to have to be delved into, and I’m afraid this is a, this is bigger than just her presidential campaign. I mean, this is a question about whether or not the United States Secretary of State was bribed to grease the sale of strategic assets to Russia.

Hewitt: We also have to look at…

Romney: This is a serious potential setting.

Hewitt: Yeah, we have to look at Paragraph 8 of the story. “Shortly after the Russians announced their intention to acquire a majority stake in Uranium One,” the New York Times reports, “Mr. Clinton received a half million dollars for a Moscow speech from a Russian investment bank with links to the Kremlin that were promoting Uranium One stock.” Then very deep in the story, it says, “The $500,000 dollar fee was paid by Renaissance Capital, a Russian investment bank with ties to the Kremlin.” Now you were an investment banker, Governor Romney, before you went into politics, before you rescued the Olympics. Were you in the habit of paying people a half million dollars to speak at your conferences?