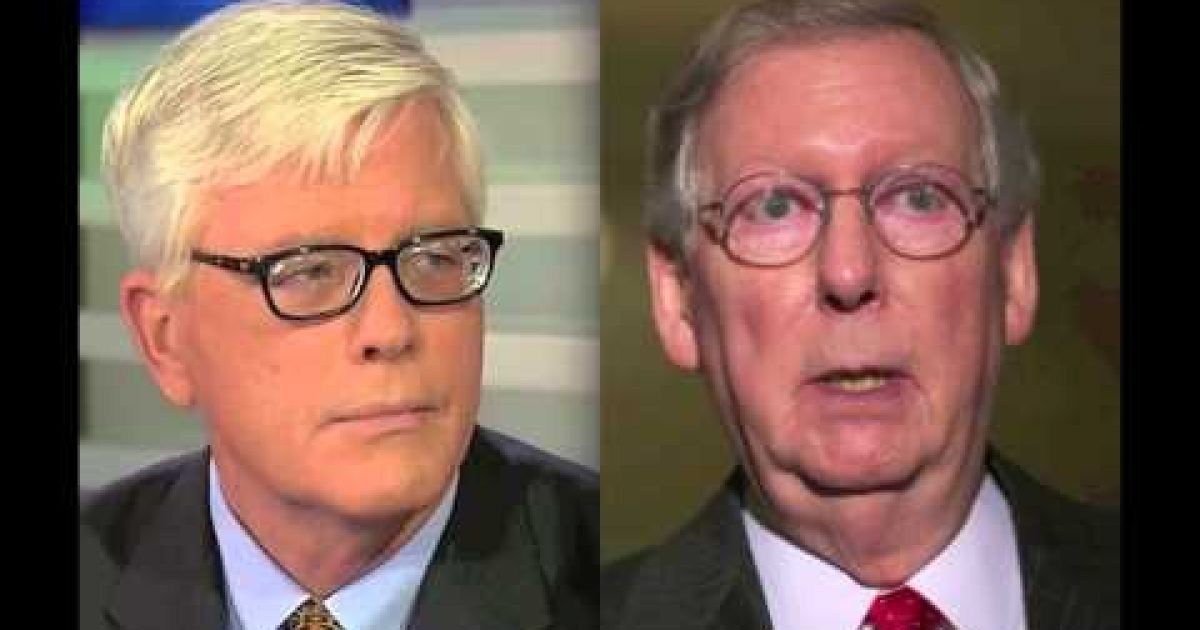 Senate Majority Leader Mitch McConnell (R-KY) was a a guest on Thursday Evening’s Hugh Hewitt show and made a controversial statement that President Obama would get no more of his judicial appointments approved till the end of the present term, which also happens to be the end of Obama’s time in office.

During the last Senate term the Democrats shook the upper house by changing the rules and eliminating the filibuster for the votes confirming presidential appointments. While the Senate seems to be more productive overall under McConnell when compared to the Harry Reid controlled Senate, the only Judges that have been approved are ones that have been signed off on by Republican Senators.

Hewitt: Now Senator McConnell, if you go to 30,000 feet with me, I think the Senate’s been working for the first time in six years. And there have been some bumps like the Patriot Act/USA Freedom Act, but that was the only one I can remember. You got the doc fix done; the appropriation bills are rolling along. What’s your impression about the restoration of regular order? Is it actually happening?

McConnell: It sure is. I mean, we had 15 roll call votes in all of 2014. We’ve had 120 or so, so far this year. And we didn’t pass a budget four of the last five years. To show you how unusual that is, the law requires it, of course, and only one time from 1974 down to five years ago did we not pass a budget. We’ve done that this year. We’ve passed bipartisan bills on requiring the President to submit his deal with the Iranians’ nuclear weapons to Congress, we’ve done a bipartisan trade promotion authority bill. Yeah, we’re up and running, and the Senate is certainly functioning again. It doesn’t mean we’re not going to have great debates, and one of the biggest ones is going to be the issue you and I were discussing earlier, just how much are we going to spend and where are we going to spend it. We think defense of the nation is job one.

Hewitt: And my last question goes to judicial nominations. I am one of those people who wouldn’t confirm another judge given the antics they pulled last year. But what is the situation vis-à-vis federal judicial nominations and the process in the Senate right now?

McConnell: Well, so far, the only judges we’ve confirmed have been federal district judges that have been signed off on by Republican Senators.

Hewitt: And so you expect that that will continue to be the case for the balance of this session?

Hewitt: Well, that’s very good news from my perspective. Senator McConnell, thanks for joining us, and good luck and continue the regular order rebirth, and we’ll talk about that filibuster break some other time.