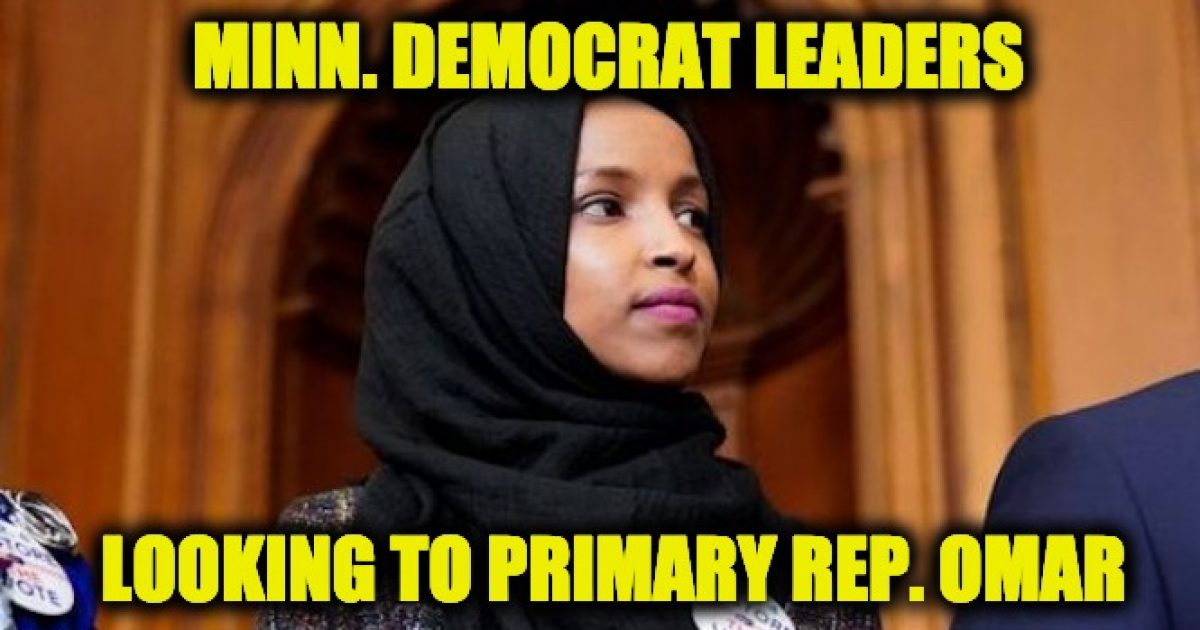 Upset at her public anti-Semitic statements, there are Minnesota Democratic Party leaders are already working to recruit candidates to run against Rep. Ilhan Omar in next year’s primary election.

The Hill is reporting that several party leaders “have had discussions about finding a candidate to take on Omar, just two months into her first term in Congress.” It is extremely rare for party leaders to try and primary an incumbent.

Before she ran for Congress, Latz hosted a meeting in his home between Omar and community Jewish leaders. They weren’t trying to change her anti-Israel positions but to teach her not to use hurtful language when expressing those positions.  Latz reported that they “shared with her our concerns for things, including language that has references and meanings beyond just the meanings of words. Tropes, dog whistles — call them what you will. We explained to her how hurtful, and factually inaccurate, they were.”

Based on her recent comments using the tropes she was advised against using, Rep. Omar doesn’t really care about promoting Antisemitism, but then again neither does her party. The Jewish community in her district is horrified.

“Our community is exasperated by Rep. Omar’s unfulfilled promises to listen and learn from Jewish constituents while seemingly simultaneously finding another opportunity to make an anti-Semitic remark and insult our community,” Steve Hunegs, executive director of the Jewish Community Relations Council of Minnesota and the Dakotas, said in a statement.

Omar met with Hunegs last month after her initial remarks received widespread condemnation. She has continued to meet with Jewish leaders both in Minneapolis and Washington, a spokesman said.

“Unfortunately, having the opportunity to speak with her about that point didn’t dissuade her making that statement,” Hunegs told The Hill in an interview Wednesday. “We were appalled.”

Keep in mind that before Omar, Minnesota’s 5th Congressional was represented by Keith Ellison, a former friend, and defender of Louis Farrakhan, and featured keynote speaker at many anti-Semitic BDS organization events. So when push comes to shove the rank and file Democrats in her district may be very comfortable with Omar’s Antisemitism
Facebook Twitter Flipboard