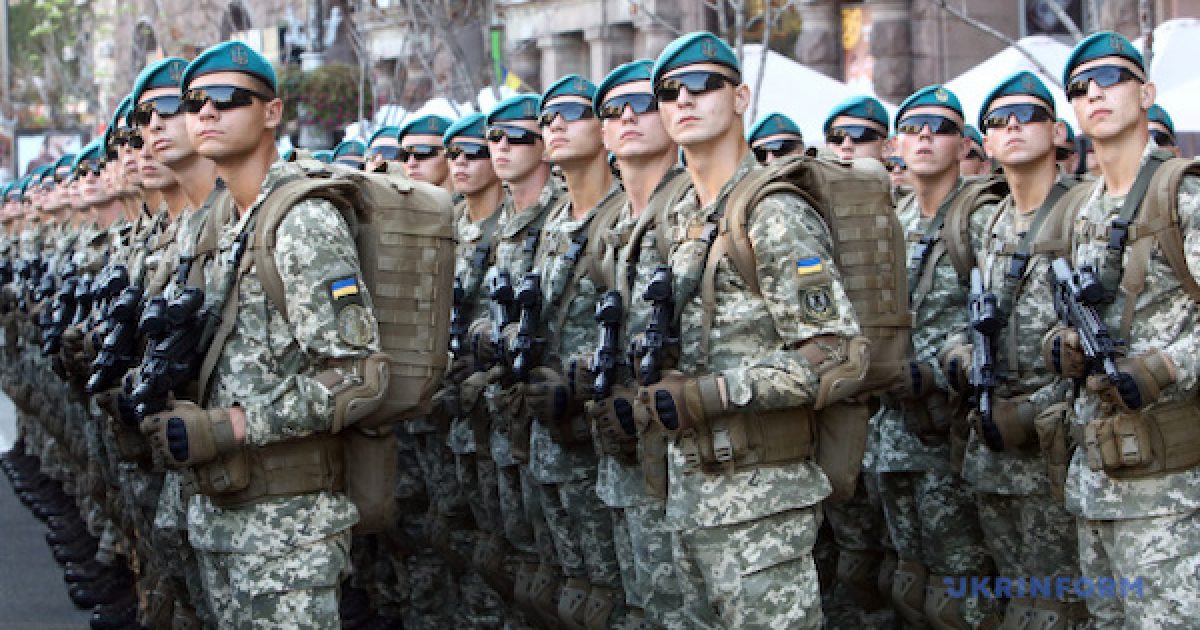 What a difference two weeks makes.  That short a time ago, no one outside Washington had heard about the rumor-mongered version of a misnamed “whistleblower” allegation: that Trump tried to strong-arm Ukraine to investigate the Biden family’s activities there, by threatening Ukraine’s military aid funding.  The only thing the folks outside a few privileged corners of D.C. knew was that military aid to Ukraine had been slow-rolled since early July, and was under review.

But two weeks ago, the folks outside D.C. had every opportunity to know why the funds were under review.  So, for that matter, did the folks inside D.C.

Not only that: the review the Ukraine assistance funds were under was a source of indignation against the Trump administration.  It was a great reason to be mad at Trump; it just wasn’t the same reason now being turned into a melodramatic script about extortion, high crimes, misdemeanors, and impeachment.

But that was two weeks ago.  Indignation wasn’t fanned high enough, and the late reporting languished.  The biggest reason it languished, we can assume, is that after reviewing the Ukraine funding, the Trump administration decided to make no changes to it, and has allowed it to resume in the current fiscal year.

We knew all of that, and we knew why it was done before the rosy-fingered dawn of Ukrainegate crept across the sky.

What was this earlier, actual reason for reviewing the military aid package for Ukraine?  Here was a big one, proven by the reports of two weeks ago to have genuinely been at issue:

It’s all out there in black-and-white and has been for a while.  Now, it’s fair – and essential – to point out that finding funds to raid for the border wall wasn’t the only reason for reviewing the specific program that affected Ukraine’s aid funding.

A prior reason, one more basic to President Trump’s general thinking about alliance security in Europe, was articulated in March 2019, when the Pentagon requested an umbrella military aid package for Europe in 2020 reduced by 10% from the one for the current fiscal year.  This package includes the military aid for Ukraine.

The funding reduction, from a total of $6.5 billion to a total of $5.9 billion, met with disapproval at the time from much of the foreign policy establishment.  It was felt that reducing the funding request for the European Deterrence Initiative (EDI) – the name of the overarching program – sent the wrong signal to Russia.

The Trump administration’s characteristic reasoning, about allies paying a fair share and the U.S. resetting priorities, was suggested again in late August.  (For a brief few days, the media-spin emphasis was on the potential that this was about appeasing Russia.  Other reporting at the time put the aid review in the context of an across-the-board scrubbing of foreign aid, launched by Trump in early August.  These latter reports about foreign aid reflected actual policy statements from the administration.)

It is not to debate the merits of the opposing arguments (i.e., for or against levels of aid) that I point all that out in this article.  One counterargument to the establishment consensus may be read here; please entertain the question at your leisure.

The purpose, rather, is to clarify that (a) aid packages for European security have been under extra scrutiny from the Trump administration because of Trump’s particular, well-known perspective on them; and (b) the Ukraine funding itself falls in the budget portfolio of the European Deterrence Initiative, and that’s why it was under general review.*

We don’t have to deduce these details from circumstantial clues.  They were stated repeatedly, explicitly, and in those very words, both in March 2019, when the defense budget for 2020 was proposed and in late August and early September 2019, when the recent review of military aid for Ukraine was reported.

The EDI as the umbrella program for the Ukraine Security Assistance Initiative, for which the $250 million at issue was requested, can be verified from Department of Defense programming documents (here and here) and the NDAAs for FY2019 and FY2020.

The Security Assistance Monitor website, therefore, shows Ukraine’s $250 million per year for 2019 and 2020 as a budget element of the EDI. 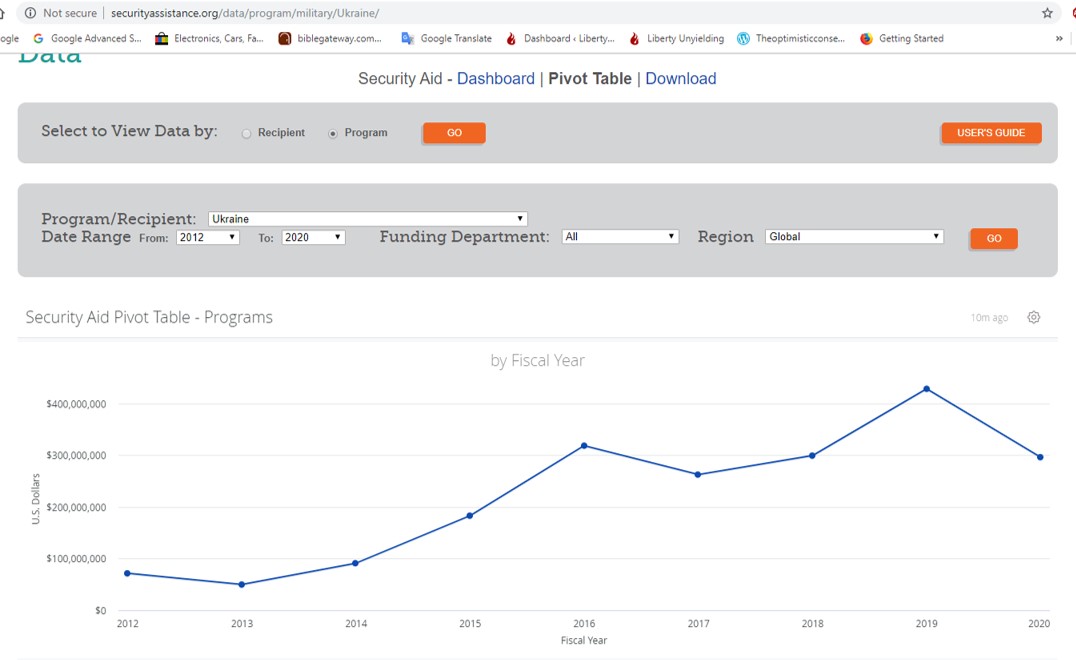 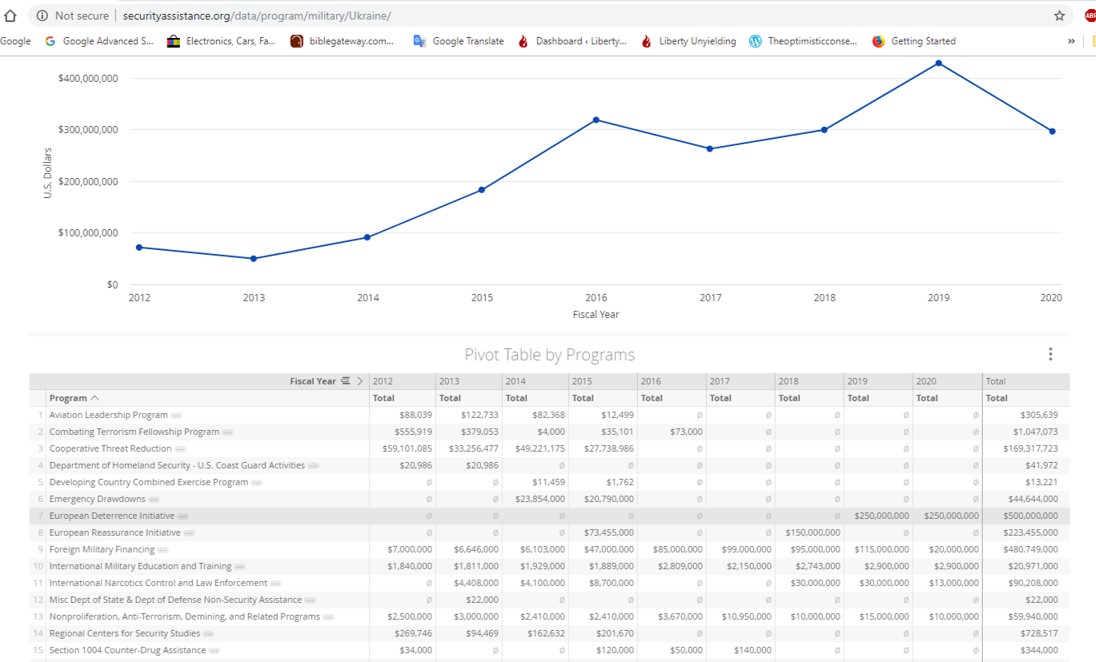 Meanwhile, by early September, numerous media outlets including the Washington Post, the Daily Beast, Defense News, and others were reporting in black-letter prose that the purpose of reviewing the EDI at that specific time was to find the money for the border wall.

Wow Trump is taking money from European Deterrence Initiative to find border wall – $771 million deferred from projects in Europe to beef up deterrence of Russia and NATO military readiness https://t.co/09IdZihsIu

By 6 September, the Trump administration had clarified for Congress that it would not seek to reduce the funding for Ukraine under the EDI.  Some reports had this clarification being made as early as 29 August.

But other projects under the EDI in Europe were to be postponed to fund the border wall; see here, for example, for the Navy’s cut, and the Washington Post link from 4 September for a more general list.

At this point, we’ve learned that the so-called “whistleblower” didn’t actually witness or hear first-hand the presidential phone conversations s/he has made allegations about.

We’ve been given information that directly contradicts the reported assertions of the “whistleblower”:  that Trump put unseemly pressure on the president of Ukraine (Ukraine says he didn’t), and that the pressure involved a quid pro quo (Washington Post sources say it didn’t).

We’ve figured out that there is no smoking gun even alleged to point to this putative quid pro quo.  It remains putative, concocted from circumstance.

We’ve been reminded that the circumstance in question is guilty circumstance – but it’s guilty for the Obama State Department, Obama’s ambassador to Ukraine, Joe and Hunter Biden, the Democratic Party and its machinations in 2016, and the Hillary Clinton campaign.  Some of the circumstances relate to general issues like the expenditure of U.S. aid funds and the uses of U.S. influence in Ukraine.  Some of it relates to the 2016 election campaign, Russiagate, and Spygate; i.e., the misuse of the elements of national power against the Trump campaign.

Some of it indicates in particular that the Bidens’ activities in both Ukraine and China, and perhaps elsewhere, fully warrant urgent investigation as a matter of U.S. national security.  (Note the date of the Washington Examiner article at the last link, on information that was published one day before Adam Schiff’s insinuating tweet below.)  Investigating the Bidens isn’t about Trump and the 2020 election; it’s about the American people needing to know what the Bidens have been doing overseas under the aegis of taxpayer-funded foreign policy.

We’ve recognized that members of Congress, notably Adam Schiff, started a drumbeat of innuendo about the Biden-Ukraine investigation and the Ukraine military aid back in August.

Remember how in 2016 the Collusion hoax was being quietly seeded into the media? Note the date and content below for the “whistleblower” story ? https://t.co/6DdVnRRe33

Others have noted the eruption of National Security Action theme-mongers Ben “Echo Chamber” Rhodes and Ned Price all over the Ukrainegate circus, and have recognized that, in turn, as a sign of prior concoction and theme placement.

All right, I’ll wager someone $100 that the whistle-blower is an associate of Ben Rhodes and Ned Price, who are now talking at length about it in news and on television. This is very similar to things they’ve done in the past.

That certainly bears a resemblance to the media-Democrat theme factory that hasn’t scrupled, for the last 15-plus years, to simply make things up about Trump, Obama’s electoral opponents in 2012 and 2008, and George W. Bush.

But now we can also remind ourselves of the record that’s been out there all along. The Trump administration had the entire European Deterrence Initiative, which includes the military aid for Ukraine, under review for multiple reasons.  And a reason that actually produced consequences was this simple one:  Trump was looking for ways to shift defense funds and use them for the border wall.

Despise that policy choice as seems good to you.  But it’s an unvarnished, pre-spin record of what happened.  It’s been there in plain sight.

* I suspect, without having specific evidence of it, that there’s an additional consideration in the intensive scrutiny being given the EDI.  It is funded as an element of Overseas Contingency Operations, or OCO, a practice favored during the Obama years but one that in some ways reduces the strict accounting integrity of defense spending.  The Obama DOD tended to fold more defense spending into OCO than had been customary in the past, and budgeteers – like Mick Mulvaney – have looked askance at the method for some time.  Reporting that Mulvaney was behind the intensive foreign aid review, and in particular behind the EDI military aid scrub and the Ukraine program suggests that the use of less-strictly-accountable OCO funding had something to do with it.

If that’s an accurate guess, I also suspect that the administration decided not to shoot silver bullets over defense accounting practices at the moment.  Reining in OCO spending may have been left to be fought another day.  That said, the general concerns about corruption in Ukraine and the accountability of U.S. program expenditures there would intensify the motive to segregate OCO from procurement more rigorously, in the designation of foreign aid funds.