Mike Rowe On Why Celebrities Should Shut Up About Politics 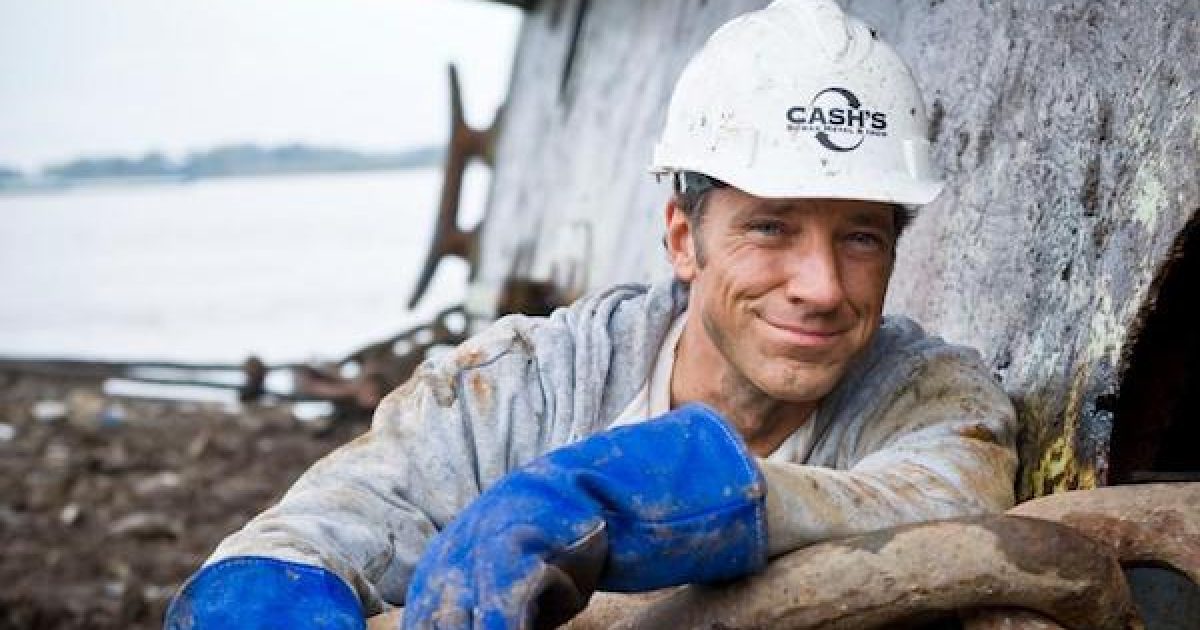 Mike Rowe became famous as the fun and gregarious host of the Discovery Channel’s Dirty Jobs and it’s that same personality and common sense attitude that still endears him to his fans.Recently, Rowe was criticized for not using his fame and his platform to speak out on political issues, particularly for not speaking out against “anti-intellectualism” that his critic said was coming from the GOP. Rowe responded by unmasking the “logical fallacies” that the criticism was replete with and he did so in his indomitable style, revealing that his critic’s own biases were actually driving the criticism against Rowe.

“One of the tenants of white nationalism is that college educated people are academic elitists. Comment? No? I’m not surprised. You never take a political stand because you don’t want to alienate anybody. It’s bad for business. I get it. But there is a current of anti intellectualism in this country – promoted by Republicans. Those people love you, and they think your initiative is their initiative. Meanwhile, the rest of the world is kickin our ass academically.”

Since we’re being candid, allow me to say how much I dislike your post. Everything about it annoys me – your smug and snarky tone, your appalling grammar, your complete lack of evidence to support your claims, and of course, the overarching logical fallacy that informs your entire position. What really bugs me though, is the fact that you’re not entirely wrong. It’s true; I haven’t shared any political opinions this week, in part anyway, because doing so might very well be “bad for business.”

What can I say? I work for half-a-dozen different companies, none of whom pay me to share my political opinions. I run a non-partisan foundation, I’m about to launch a new show on Facebook, and I’m very aware that celebrities pay a price for opening their big fat gobs. Gilbert Gottfried, Kathy Griffin, Colin Kaepernick, Milo Yiannopoulos…even that guy from Google who just got himself fired for mouthing off. There’s no getting around it – the first amendment does not guarantee the freedom to speak without consequences. And really, that’s fine by me.

So no – I’m not going to share my personal feelings about Charlottesville, President Trump, or the current effort to remove thousands of statues of long dead soldiers from the public square. Not just because it’s “bad for business,” but because it’s annoying. I can’t think of a single celebrity whose political opinion I value, and I’m not going to assume the country feels any differently about mine. So, rather than blow myself up, or chime in with all the obvious observations about the cowardly scum in the pointy hats, I’m going to talk instead about my belief that comments like yours pose a far greater threat to the future of our country than the existence of a memorial to Thomas Jefferson, or a monument to George Washington. Ready? Let’s start with a closer look at your claims.

You say that White Nationalists believe that everyone who goes to college is an “academic elite.” You then say that Republicans promote “anti-intellectualism.” You offer no proof to support either claim, but it really doesn’t matter – your statements successfully connect two radically different organizations by alleging a shared belief. Thus, White Nationalists and The Republican Party suddenly have something in common – a contempt for higher education. Then, you make it personal. You say that Republicans “love” me because they believe that my initiative and “their” initiative are one and the same. But of course, “their” initiative is now the same initiative as White Nationalists.

Very clever. Without offering a shred of evidence, you’ve implied that Republicans who support mikeroweWORKS do so because they believe I share their disdain for all things “intellectual.” And poof – just like that, Republicans, White Nationalists, and mikeroweWORKS are suddenly conflated, and the next thing you know, I’m off on a press tour to disavow rumors of my troubling association with the Nazis!

As I type this, a Democrat on CNN is making an argument that says, “because Thomas Jefferson owned slaves, those Republicans now opposed to tearing down his memorial are “pro-slavery,” and therefore aligned with the modern day KKK.” That’s a logical fallacy.

Over on Fox, a Republican is arguing that “any Democrat who has not yet condemned the Senator from Missouri for publicly wishing that Donald Trump be assassinated, is guilty of wishing for the exact same thing.” That’s a logical fallacy.

Yesterday, on The Science Channel, Neil DeGrasse Tyson, a noted astronomer, tweeted that the ability of scientists to accurately predict the solar eclipse was proof that predictions of global warming were also accurate. That’s a logical fallacy.

Want to hear another one? Imagine something like this, unfolding over on MSNBC.

“Good Evening, America, our top story tonight… Chuck Atkins is a racist! Why? Because he can’t spell. Just look at his grammar! In a recent post on Mike Rowe’s Facebook page, Mr. Atkins, while bemoaning America’s global academic standing, not only misspelled “elitist,” he used “tenants” when he meant “tenets.” He neglected to use a hyphen in “anti-intellectual,” and he misplaced several commas and apostrophes! But why is he a racist, you ask? Simple. Because everyone knows racists are ignorant. Chuck Atkins is clearly a poor speller. Poor spelling and grammar are signs of ignorance. Ergo – Chuck Atkins is a racist! Boom! The matter is settled!”

There’s not much we can do about the news, but here on Facebook, I think we can do better. This isn’t Twitter. We’re not limited to a few inflammatory sentences and a flurry of emojis. Take a moment, Chuck. Think. Make a rational argument. Otherwise, just link us to a cat video. People love those, and they’re almost never “bad for business.” (Unless of course, the cat gets hurt. People hate that.) Just don’t assume that people will care about your beliefs, if you’re not willing to back them up with some relevant facts and a rational conclusion. Here, for instance, are a few facts that matter to me, with respect to my foundation and the recurring charge of “fostering anti-intellectualism.”

mikeroweWORKS is a PR campaign for the skilled trades. For the last nine years, we’ve partnered with numerous trade schools, raised millions of dollars for work-ethic scholarships, and called attention to millions of jobs that don’t require a four-year degree. But that doesn’t mean we’re “anti-intellectual.” We’re not even “anti-college.” We simply reject the popular notion that a four-year degree is the best path for the most people. And we’re hardly alone.

Millions of reasonable people – Republicans and Democrats alike – are worried that our universities are doing a poor job of preparing students for the real world. They’re worried about activist professors, safe spaces, the rising cost of tuition, a growing contempt for history, and a simmering disregard of the first amendment. These people are concerned that our universities – once beacons of free speech – now pander to a relatively small percentage of students who can’t tolerate any political opinion that challenges their own. And they’re concerned – deeply concerned – that millions of good jobs are currently vacant that don’t require a four-year degree or any of the catastrophic debt that comes with it.

Again – these are not the concerns of “anti-intellectuals.” They are the concerns of people who care about the future of the country. I don’t know how many of these people are Republicans, but I can assure you that no one who actually supports my initiative is remotely confused about my feelings on education, because I’ve been crystal clear on that topic from the very beginning. To quote Thomas Jefferson, (while I still can,) “If a nation expects to be ignorant and free and live in a state of civilization, it expects what never was and never will be.” On this point, my foundation does not equivocate.

In other words, Chuck, I have no idea what The White Nationalists think about my efforts, or the Republicans, the Democrats, the elitists, the Italians, the Presbyterians, the unions, or the self-proclaimed anti-intellectuals. And really, I couldn’t care less. My question is, why do you?

PS. Ok, I’ve just re-read this, (in a desperate search for typos,) and I want to apologize for pointing out that you’re a lousy speller. This is probably not the time to trot out The Grammar Nazi, but your tenor and tone pissed me off, and I responded in my own snarky way. Sorry.

PPS Maybe this is how political correctness begins? Maybe we start by correcting each other’s grammar, and then move on to the business of correcting everything else? Today a missing hyphen, tomorrow a missing monument. Or, maybe not.