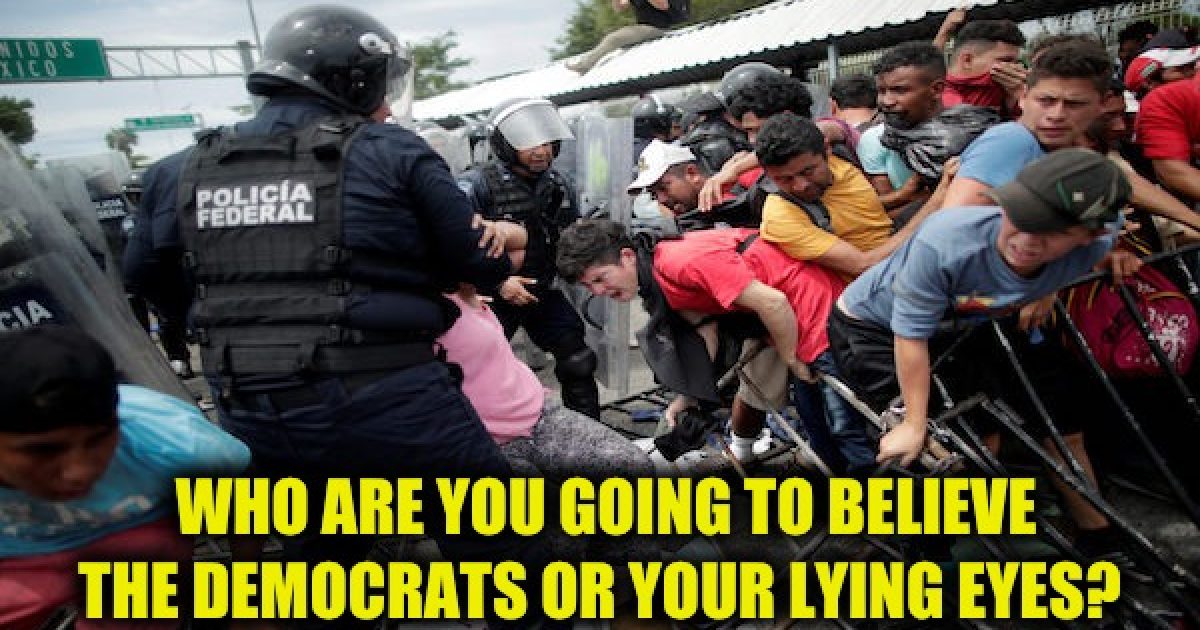 Former DNC Chairman and Governor of Pennslyvania, Ed Rendell, asserted that the migrant caravan currently heading to the U.S. border is a ‘made-up’ problem.

Rendell made the comments during an interview with Fox News’ Bret Baier, alleging that Trump’s immigration stance is actually a turn off for suburban voters.

“The president said it was his tone, he should tone things down. That’s absolutely right,” Rendell claimed. “He shouldn’t be talking about a made-up caravan.”

The comment was so absurd, Baier had to chime in and remind viewers that the caravan is quite real and it is a problem.

“Well, it’s not a made-up caravan. There’s actually a caravan,” Baier said. “And there are several of them.”

Rendell went off on a tangent about the potential illegal migrants carrying smallpox and leprosy, something the President has never stated, and the Fox News host again interjected.

“It’s an issue,” Rendell retorted. “But only an issue in President Trump’s mind.”

Isn’t this the moment where the media is supposed to come out and fact check Rendell right within the headline?

Headlines all over should read, ‘Ed Rendell, Without Evidence, Suggests Caravan Doesn’t Exist.’

No, the caravan is real, as is the caravan marching behind that one, and the caravan forming behind them both, and any caravan henceforth that believes they can illegally cross our borders because Rendell and his liberal buddies think it’s perfectly acceptable.

Fmr DNC chair Ed Rendell just said people in the Philadelphia suburbs who have done well under Trump’s presidency are voting against him because they don’t like his comments about a fake caravan. Bret Baier interjected, “But there IS an actual caravan.” Rendell, “Um, well um…”

The threat is also real, with reports of infiltration by individuals from the Middle East or MS-13 animals, along with profiles of migrants accused of major crimes.

Apparently having accepted the fact that the caravan is real, Rendell pivoted to the argument that the migrants aren’t trying to come into the country illegally, which is also pure fiction.

“These people are not trying to get in America illegally,” he stated. “They’re seeking asylum, which has always been the right of people all over the world.”

But they have to pass through specified ports of entry.

“It’s a law Congress passed,” DHS Secretary Nielsen explained in her testimony to the same body. “So those people need to come to the ports if they want to seek asylum.”

If they don’t, they’re “trying to get in America illegally,” despite Rendell’s best efforts to convince people otherwise.

Perhaps the former governor should stick to insightful campaign commentary, like that time he said Hillary Clinton would win in 2016 because “there are probably more ugly women in America than attractive women.”