"Give me all of 10 months and I and millions of Americans will remove Trump from the White House.” 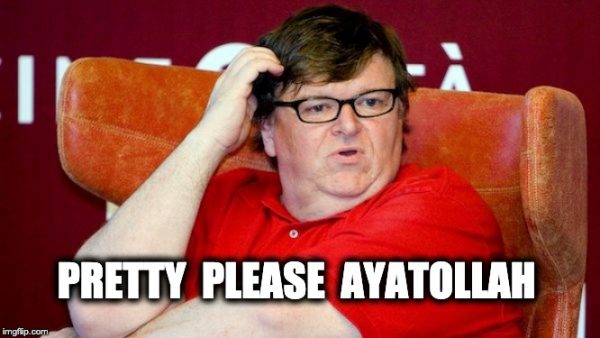 Over the weekend, wealthy left-wing filmmaker Michael Moore sent a message to the Iranian leadership begging the regime to let him and his fellow Trump-hating liberals take Trump out in the upcoming November election,  Michael Moore begs Iran

In an “Emergency Podcast” to his listeners and the Iranian people, Moore said that although he does not favor theocratic regimes, he sympathizes with Iran because of the way they have been treated by the United States.

The 65-year-old filmmaker went on to urge the Iranian leadership to not play into Trump’s hands with violent retaliation, but instead wait for Congress or the American electorate to remove Trump through impeachment or an election.

“I am asking you to try what Martin Luther King and Gandhi said requires the most amount of courage which is to respond with non-violence,” Moore said. “I am asking you to leave this up to me, give me all of 10 months and I and millions of Americans will remove Trump from the White House.”

I have just sent the Ayatollah of Iran a personal appeal asking him not to respond to our assassination of his top General with violence of any kind, but rather let me & millions of Americans fix this peacefully.

“I have just sent the Ayatollah of Iran a personal appeal asking him not to respond to our assassination of his top General with violence of any kind, but rather let me & millions of Americans fix this peacefully,” Moore said on Instagram.

I agree with his non-violent sentiments but exhibiting a lack of knowledge of world affairs. Terrorists like those who run Iran do not believe in “non-violence.” In fact, they read acting peacefully as a sign of weakness. Beyond that, does he really believe that Iran’s supreme leader gives a rat’s arse what he thinks? Most of America doesn’t care.

The reaction was pretty much what one might suspect, with at least one person wondering if Moore violated the Logan Act:

I presume this is a Logan Act violation, based on the Left's own standards.

I don’t know if a podcast qualifies as a Logan Act violation. After all, John Kerry met with Iran’s Foreign Minister after he left office to help him argue against Trump leaving the Iran deal, and he wasn’t prosecuted.

Twitchy said that even Trump critics and other liberals are mocking him for this silly stunt.

That oughtta do it, thanks very much Ray https://t.co/DhpXJteOyA

This is just… Wow. White men really be confident AF for no reason. Michael Moore legit thinks he can negotiate peace with the Ayatollah. Lmaooo everything is stupid. https://t.co/b8pO5VvEAW

He also sent a message to his acolytes on Instagram:

I have just sent the Ayatollah of Iran a personal appeal asking him not to respond to our assassination of his top General with violence of any kind, but rather let me & millions of Americans fix this peacefully. I recorded and DM’d him a message on my podcast, “RUMBLE”. You can hear it on any podcast platform like Apple or Spotify for free. We need to prevent war, any war. Now. When the Ayatollah responds, I’ll post his reply.

If Ayatollah responds, it means Michael Moor should take a lie detector test. Either that or the, I mean, the supreme leader is stoned out of his mind. Heck, it’s Michael Moore, his only real claim to fame was his cameo in Star Wars.

It’s clear which side Moore is on now… 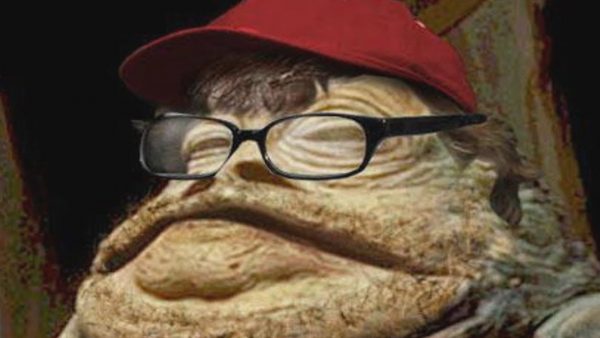 John McAfee Found Dead In Jail After Saying He Might Be “Epsteined”: “If I Suicide Myself, I Didn’t”
June 23rd, 2021 Sons of Liberty Media