He Can't Differentiate Between The Taliban And Other Terrorists. 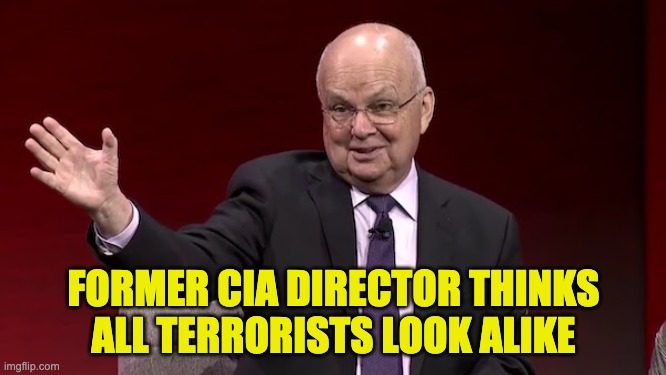 The Biden campaign endorsed by Hayden made promises largely comprised of vagaries and reversals.  First, he insisted that he would undo any number of Donald Trump’s policies “on day one,” which, of course, had the “resistance” crowd foaming at the mouth. And then, in an appeal to the softer, more empathic among the liberal left, Biden redundantly repeated several stump-speech lines about being a “healer” or a “uniter” or, his favorite, “a President for every American”

But we should have known better.  There was no way that Joe Biden was going to get petty political bickering to stop.  As a matter of fact, he encourages it, and Hayden is an enabler.

Former CIA Director Gen. Michael Hayden was widely panned for a retweet that signaled he equated President Trump’s supporters in the United States with the Taliban in Afghanistan.

On Thursday, Hayden retweeted a split image. The top showed black-clad Islamic militants waving guns and flags from a line of cars with a caption reading: “Their Taliban.” Beneath that was a line of pickup trucks hoisting American flags and “Trump 2020” flags with the caption: “Our Taliban” 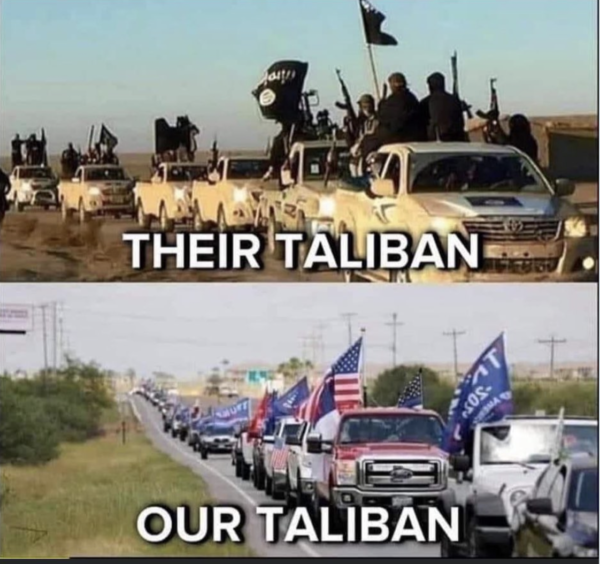 Hayden was anti-Trump since the former president slammed US intelligence during the 2016 campaign and his attack on Trump supporters was just an extension of the hatred. His hatred was so vicious that Hayden made a big mistake, at least for someone who ran military intelligence and was promoted to Director of the CIA during the War On Terror.

The Taliban has white flags with black writing.  What he tweeted as “their Taliban” wasn’t the Taliban—it was ISIS.  So if one is to act like a child and hate Trump’s supporters five years after he insulted Hayden’s former colleagues at the intelligence agencies, at the very least, he could get the terrorist organization correct.

Part of this post was first seen at Flag and Cross.