Proof the Fake Case Against Gen. Michael Flynn was Just Way to ‘Get’ Trump 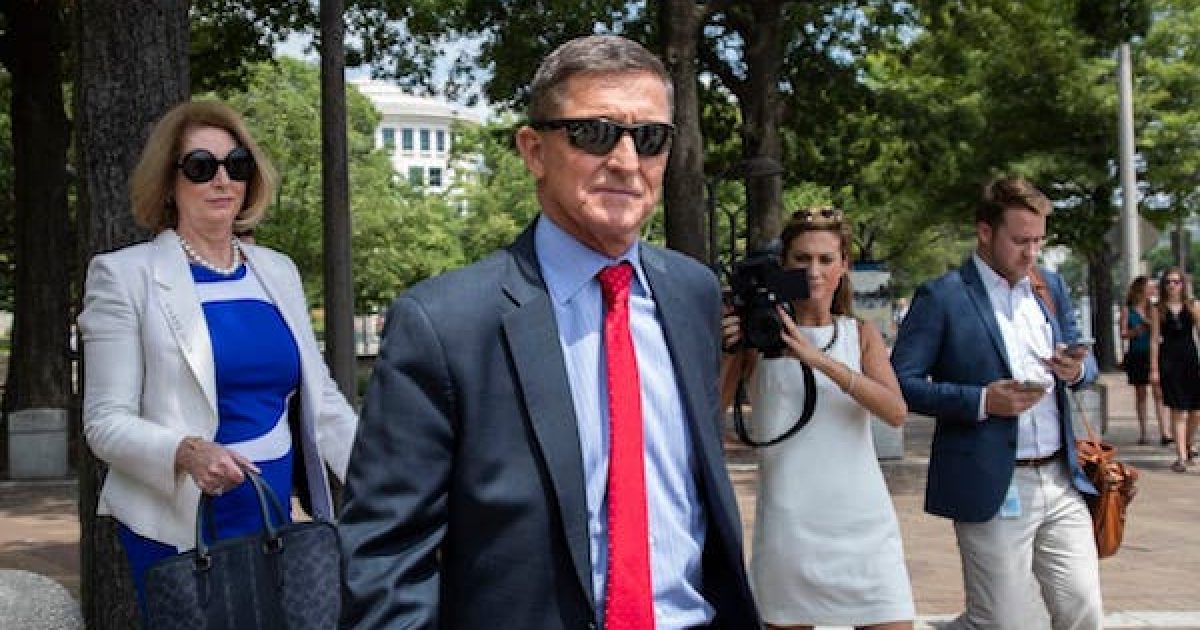 It now seems beyond doubt that the fake cases against Gen. Michael Flynn and his business partner are merely part of a plot to take down President Donald Trump and that the U.S. Intel community fully understands that the special counsel’s work is merely a political attack and not a serious investigation.

Worse, there has been a serious miscarriage of justice with both Flynn cases (the General’s and his partner, Mr. Rafiekian’s) whose cases have been beset with late-appearing “secret evidence” that the U.S. government has alluded to without handing over to either the court or the defendants.

The proof came during the trial of Flynn’s former partner at Flynn Intel Group (FIG), Bijan Rafiekian. During the trial, the government abruptly canceled plans for Gen. Flynn — who for a time served as President Trump’s national security adviser — to testify during the trial despite an agreement with Judge Emmet Sullivan that Flynn is allowed to cooperate fully with the investigations.

Federal prosecutors suddenly decided that Flynn’s testimony ordered by Judge Sullivan would not be beneficial to their case which prevented Flynn from bringing the truth to the court of law as planned. And so, on July 23, a federal jury convicted Rafiekian, Flynn’s former business partner, on a pair of foreign-agent felony charges connected to work the two did for a foreign government during the tail of President Donald Trump’s 2016 campaign for president.

But there was one big revelation that came out during Rafiekian’s trial. The government suddenly claimed that it has previously unreleased intel on the case. As The Federalist reported:

The United States government is in possession of multiple independent pieces of information relating to the Turkish government’s efforts to influence United States policy on Turkey and Fethullah Gulen, including information relating to communications, interactions, and a relationship between Ekim Alptekin and Michael Flynn and Ekim Alptekin’s engagement of Michael Flynn because of Michael Flynn’s relationship with an ongoing presidential campaign without any reference to the defendant or FIG.

Where the heck did all this come from? Why was it never released before last week? And, worse, why was this info never given to Rafiekian’s and Flynn’s legal teams? Why didn’t the special counsel have any of.. this? Why wasn’t it detailed in the Mueller report? And why didn’t the two judges who have seen these cases ever see or hear of this “secret intel”?

It seems clear that this info came from some shadowy government intel agency and that they held onto it during this entire process. And they only released it at this late stage to try to coerce Flynn to toe the government’s line and testify the way they wanted him to — in other words, they want him to lie to fit their claims. But, as The Federalist’s Margot Cleveland noted, with this sudden info showing up, it is clear that the intel community had no desire to bother with Mueller’s fake investigation because Mueller’s effort was a political attack and not a real investigation.

In what appears to be a clear case of revenge, the intelligence community handed off their supposed intel on Flynn, knowing neither Flynn nor Rafiekian could adequately counter it because it was classified, and all Rafiekian’s attorneys would likely get would be a lousy one-sentence summary of the “multiple independent pieces of information.” That one-sentence summary would be made public and implicate Flynn in a criminal conspiracy.

After receiving this notice, Rafiekian’s attorneys argued to the court that the recently disclosed evidence is quite clearly Brady evidence and that “if Mr. Rafiekian is convicted without his counsel having access to this exculpatory evidence, we believe it will go right to the heart of his due process and confrontation rights.” But, as of yet, the court has refused to provide Rafiekian access to the intel (in a classified setting, of course).

Flynn clearly fit the bill. Once he agreed to plead guilty and cooperated, that was good enough for the intelligence community. Their goal was accomplished, and the fact that Mueller had also been charged with investigating Rafiekian and Alptekin was of no matter.

“There is only one reasonable explanation for this,” Cleveland wrote. “The intelligence community viewed the special counsel’s investigation as an insurance policy meant to destroy Trump. And Flynn was just a means of getting to Trump.”

A key take away from all this is that this supposedly “secret intel” has still never been provided to anyone. At the very least, if it actually existed, it should have been presented sealed to the special counsel and the courts. The government is using the veil of secrecy to coerce Flynn. But does this intel even exist? Even the courts don’t know.

All of this will likely lead to a re-trial for Rafiekian or maybe even an overturn of his conviction and it also shows that this has all been nothing but a political game, a coup aimed at dethroning a president that the insiders don’t like.