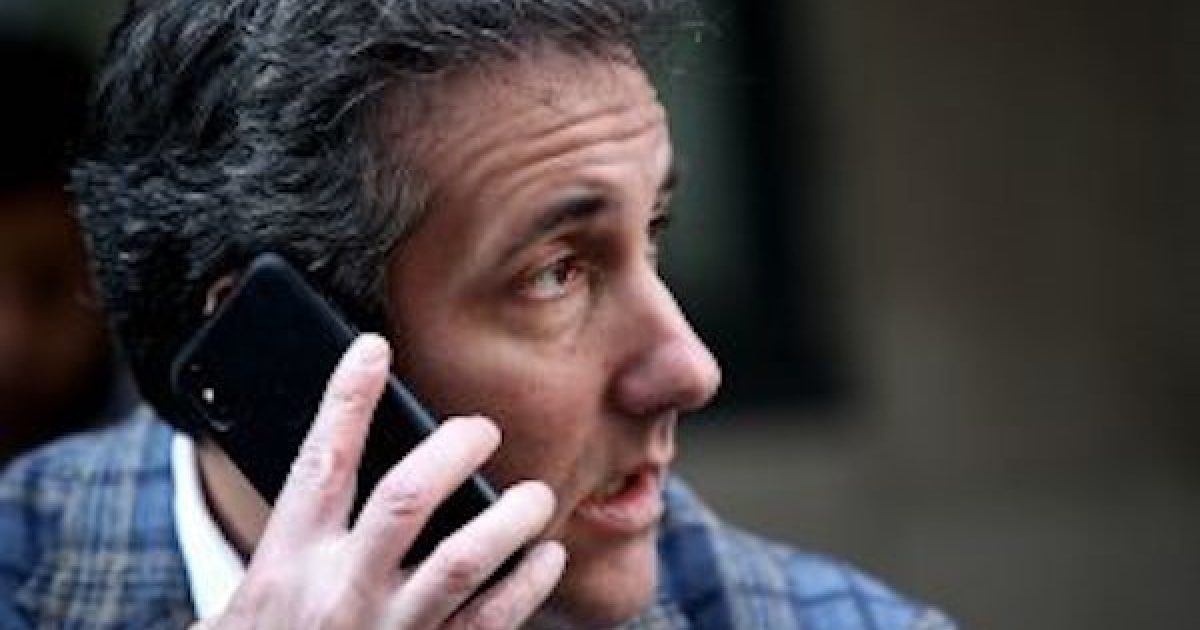 McClatchy reported on Thursday that unidentified sources (“people with knowledge of the matter”) say there is evidence placing Michael Cohen’s cell phone in or near Prague in “late summer” 2016. The story must be scrutinized because it has some significant holes.

A mobile phone traced to President Donald Trump’s former lawyer and “fixer” Michael Cohen briefly sent signals ricocheting off cell towers in the Prague area in late summer 2016, at the height of the presidential campaign, leaving an electronic record to support claims that Cohen met secretly there with Russian officials, four people with knowledge of the matter say.

During the same period of late August or early September, electronic eavesdropping by an Eastern European intelligence agency picked up a conversation among Russians, one of whom remarked that Cohen was in Prague, two people familiar with the incident said.

First, to cut to the chase, the case I made in April 2018 applies here.  This information cannot be from the source you immediately imagine — i.e., a U.S. intelligence agency tracking Michael Cohen’s communications — if it comes with only a general timeframe and not exact dates of detection.  Nor could it come directly from any other credible source; e.g., British GCHQ, another European intelligence agency, the police in Prague.  It isn’t possible to detect Michael Cohen’s cell phone interacting with microwave towers in Prague and not have a time-hack.

Nothing significant about intelligence sources and methods is hidden from the public by giving only the general timeframe (“late August or early September”).  The report already says this comes from detecting Michael Cohen’s cell phone.  That’s the “sources and methods” element.

Instead, information that would certify the good faith of the supposed detection is deliberately obfuscated by giving only an indeterminate timeframe. There’s clearly a reason for that; the question is what it is.

One answer could be that this claim is just something made up out of thin air.  I regard that as very possible.  McClatchy cites wholly unidentified sources, after all, who is said to have gained their information from “foreign intelligence connections.”

It could be that the claim is being staged to fit a single, verifiable data point that may be reported down the road — a data point that isn’t definitive in itself but might be held to bolster a non-specific case that Cohen’s phone was in Prague during a general timeframe.  Perhaps it has to do with the other piece of information discussed: that Russians were talking about Cohen being in Prague at the time.

The seemingly established data points could be melded into a sticky narrative, as long as they weren’t inspected too closely.  That fits the overall pattern of the Russiagate narrative to a T.

Another possibility is that the Cohen cell phone was reported to be in Prague, during a general timeframe that might be either late August or early September (that’s a giveaway about what this “intelligence” is NOT), by the Russians.  In other words, Russians reported amongst themselves that Cohen’s phone was in Prague, and referred to the timeframe in those non-specific terms.

In that case, beware intelligence being reported in a strange manner by Russians.  They’d have no reason to tell each other something like, “Yeah, we picked up Cohen’s cell phone bouncing off towers in Prague, in late August or early September.”

Nor would any other intelligence service we (or an ally) were listening in on.  If a third party was detected making that sort of internecine report, the Whiskey Tango Foxtrot antenna should immediately twitch.

We can also point out that a cell phone linked to Cohen could be interacting with towers in Prague without Cohen being present there.  That’s not actually a stronger point, but it’s significant in law enforcement terms, if not dispositive in intelligence terms.

Moreover, there’s always the point that U.S. law enforcement, if spotted nothing more than the vague time references and the “cell towers in Prague” clue, could find the communications of Cohen’s cell phone and do a forensic examination.  Given where we are with Cohen’s case, it’s not credible to suggest that we wouldn’t already know if a service provider’s record showed the exact calls that went through microwave towers in Prague.  That data point would have been trumpeted loudly in the headlines months ago — if it existed.

Keep in mind as well that, as recently as last week, sources reportedly in the FBI and CIA doubt the claim that Cohen was ever in Prague.  Those are the agencies that could look firsthand at Cohen’s phone records (the FBI) and other forensically relevant sources (both agencies).

And when the Prague/Cohen story first came out

The bottom line is that the cell phone “breadcrumb” is framed to make it sound much more exciting and credible than it is.