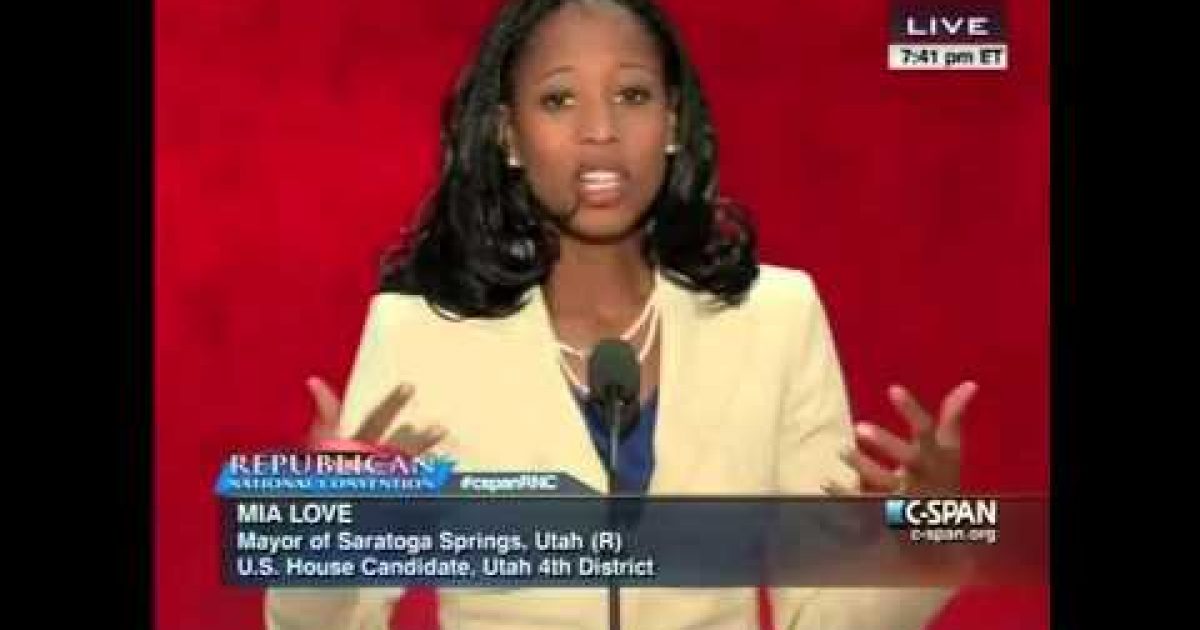 Facebook Twitter Flipboard
Rep. Jim Matheson, (D-Utah) announced his retirement on Tuesday not only opening the door for a GOP takeover of the Utah’s 4th Congressional district seat, but advancing the candidacy of a future Republican superstar—Mia Love.   I met her at CPAC a few years back and she is the real thing. Mayor Love is a tea party conservative who can explain her positions without alienating moderates.

Mayor of Saratoga Springs Mayor, came from way behind in 2012 lost to Matheson by 768 votes in
2012. She got a jump on the GOP competition by kicking off her campaign
early this cycle and supposedly has already raised $700k for her campaign in this R+16 district.

“I think Mia Love is too formidable right now,” said Kirk Jowers,
director of the University of Utah’s Hinckley Institute of Politics.
“She has the name ID, the money and now she has Dave Hansen who is about
the most respected campaign manager. So if you’re taking a look at your
ability to win, it’s hard to see anybody who doesn’t start out behind
in all major campaign considerations.”

Utah Republicans said Love has been aggressively campaigning and
fundraising, setting herself up for a strong performance at the April 26
state nominating convention. If she wins 60 percent of the locally
elected delegates, Love will emerge with the nomination — as she did
last cycle.

Mayor Love released this statement upon the announcement of Congressman Matheson retirement:

Below is some of Mayor Love’s speech at the 2012 Republican Convention—Get to know her, this woman is going places.