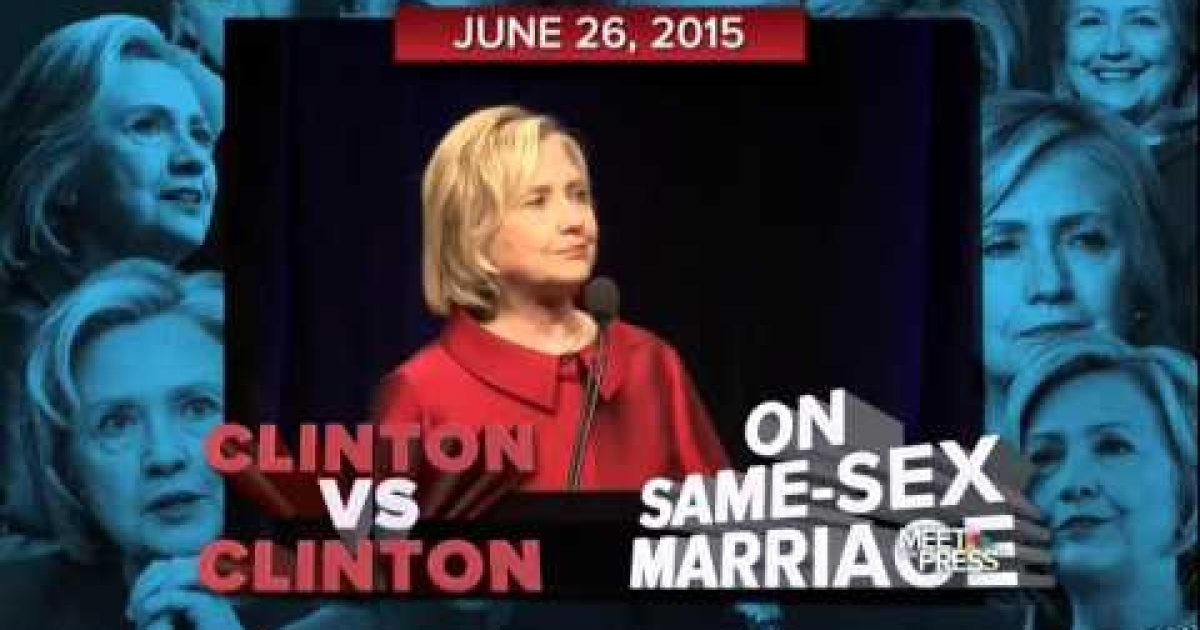 Hillary Clinton was a guest on “Meet The Press” on Sunday, after Chuck Todd subjected her to a bit of back and forth about her emails, he played her a brutal video showcasing both sides of some her best flip-flops, including  the Iraq War,  Gay-Marriage, and the Keystone Pipeline.  It was almost as if NBC was trying to save the GOP some cash by producing and effective anti-Clinton commercial (not that I mind.)

After watching this segment, you will agree that this video is gonna leave a mark.