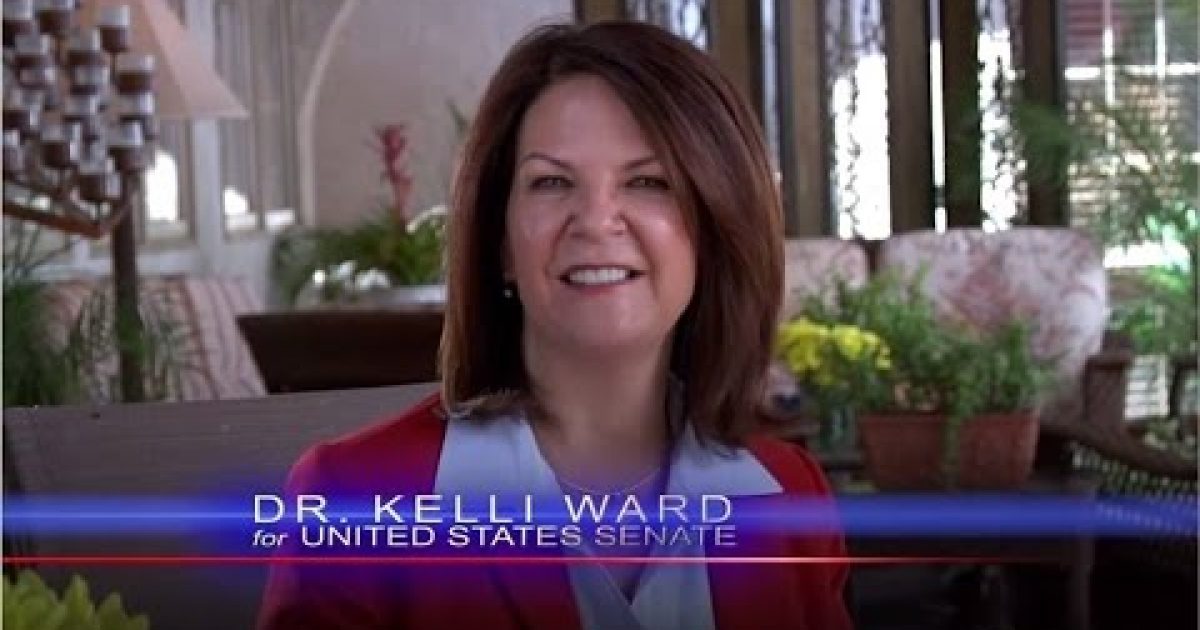 It’s not often that we get to meet a “politician” that’s worth supporting. For the most part, the politicians leading our nation today have proven themselves to be self-interested and craven polluters of our culture, as opposed to the helpful humanitarians they pretend to be. But not all are bad… and we have proof.

Her name is Dr. Kelli Ward and she is running to help send Senator John McCain into retirement. Dr. Ward served as a conservative state Senator in Arizona often fighting against her state’s establishment and earning the respect and admiration of voters all over the state. She recently resigned her post to focus on primarying [score]Senator John McCain[/score] and becoming the next Senator from Arizona.

While at CPAC I had the wonderful opportunity to meet Dr. Ward and to spend some time speaking with her about her run for office. I walked into that meeting a skeptical political observer — someone who has watched conservative upstarts rise up to fight against the system only to be undercut by the establishment and fail to change a system that so desperately needs an infusion of new talent and ideas. I can honestly say that when I first met Dr. Ward I was skeptical about her chances of winning the coming fight against the well-heeled and entrenched McCain… but I walked away a true believer.

Dr. Ward has spent her life serving the people in her community, first as a Doctor, then as an activist, and finally as a state Senator in Arizona. She has fought for our Veterans and taxpayers and fought against Obamacare, illegal immigration, and the corruption in our political processes. Dr. Ward speaks eloquently about upholding the Constitution and defending our Bill of Rights, but even better, her time in office is filled with examples of her doing what she says she will.

Dr. Ward is 100% pro-life, has been endorsed by Gun Owners of America (one of the nation’s most conservative and staunch defenders of gun rights), stands for traditional marriage, argues that man-made Global Warming is a hoax, proudly defends religious liberty, has fought against Obamacare (both as a Dr. and as a legislator), and believes that we must cut taxes, spending and cumbersome government regulations.

Please take the time to listen to Dr. Ward’s interview where she explains why it’s time for Senator McCain to retire, how the legislature can rein in the President and bring back balance to our federal government, and what her priorities will be on her first day in office.

Dr. Kelli Ward is a firebrand whose time has come. Dr. Ward is a passionate conservative who has the right ideas to move our nation forward and the political backbone to see the job done. If elected, I believe that you can expect Senator Ward to stand with her conservative colleagues and to fight against the corruption, cronyism and largesse of the establishment in both parties. I believe that she will do what she says and the she will take a strong stand for conservative values and make us proud to have supported her.

In fact, I am so certain that Dr. Ward is the “real deal” that I am writing today to urge the wonderful people of the great state of Arizona to stand with Dr. Ward. I am pleased to endorse her candidacy and excited to support her run for the Senate.

I encourage you to see what Dr. Ward is all about and then to get involved to help her win. Please consider how you can help. Our nation is on the brink, and it’s time for all hands on deck to do what we can to save the republic. Dr. Ward is ready, willing, and able to serve – now we just need to let her do it.

Click Here To Learn More About Dr. Kelli Ward And To Support Her Run For Office