A Threat To Democracy? 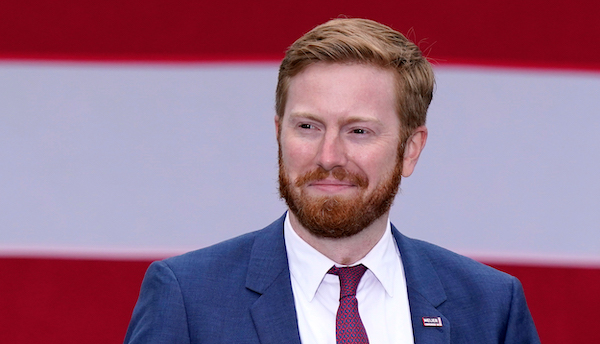 Rep. Dean Phillips is calling out the hypocrisy he sees among his fellow Democrats over upcoming primary elections:

I’m disgusted that hard-earned money intended to support Democrats is being used to boost Trump-endorsed candidates, particularly the far-right opponent of one of the most honorable Republicans in Congress, @RepMeijer. Another reason to reform our broken campaign finance system. https://t.co/hhKYcLVmxk

The second-term Minnesota congressman was irked that his party is wasting important donations by trying to replace certain Republicans, especially those the left may deem principled conservatives.

In essence, Democrats are happily promoting “MAGA” and “stop the steal” candidates across Republican primaries with the idea they’ll be easier opponents in the general election.

But if these candidates are truly a “threat to democracy,” as the left has long claimed, why is Democrat leadership supporting so many of them?

Phillips is not the only liberal baffled. Left-leaning writer Matt Yglesias called this effort “insane.”

Boosting the Trumpier candidate in GOP primaries for PA-Gov and MD-Gov is morally a bit dubious but these are at least winnable races for Democrats.

Going against Pete Meijer given the losses facing House Dems is just insane. Spend the money defending your incumbents!

Asked by MSNBC Tuesday about this kind of nefarious meddling in Republican primaries, DCCC Chair Sean Patrick Maloney confirmed, “I think you might see us do that, sure.”

Ironically, Canadian-born Maloney is trailing a Republican in his re-election bid within a New York swing district.

Pete Meijer, 34, is in his first term representing Michigan’s Third District and is an Iraq War veteran. On his tenth day in office, he voted to impeach Trump, becoming the only freshman congressman to do so.

Whether or not one agrees with the vote, Democrats are showing their lack of appreciation for Meijer by figuratively punching him from behind.

Endorsed by former President Donald Trump in the Michigan race, John Gibbs was an aide to former HUD Secretary Ben Carson. The former software developer holds degrees from Stanford and Harvard. He also believes the 2020 election was improperly decided.

For their part, the Meijer campaign argues, “Democrats don’t want to face Peter Meijer in the November election because …he’s the only candidate who will put the interests of the 3rd District ahead of partisan priorities.”

NPR called the move “part of a larger trend” for Democrats, noting:

“The spending in Michigan, which holds its primaries on Tuesday, is not the first time Democratic groups have meddled in Republican primaries this year.

In California, a Democratic super PAC funded a TV ad criticizing Rep. David Valadao’s GOP bona fides. Valadao, another of the 10 House Republicans who voted to impeach Trump, narrowly finished ahead of a far-right challenger in June’s primary.

Democrats have made similar moves in places such as Colorado,  Maryland and Pennsylvania. In Pennsylvania, Doug Mastriano, who was the subject of ads paid for by Democratic gubernatorial nominee Josh Shapiro, is now the GOP nominee himself.

Some Democrats have criticized the high-risk, high-reward strategy, especially when the party boosts candidates who are viewed as a threat to democracy.”

The Michigan primary is set for this coming Tuesday.