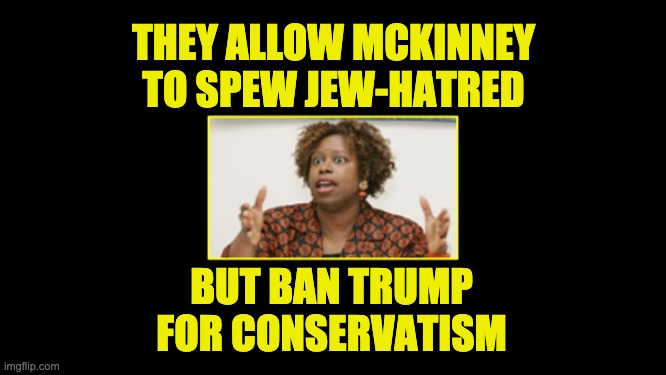 Twitter and Facebook each banned President Trump for posting opinions they disagreed with, but they allow McKinney to use their platforms to spew Antisemitism. Cynthia McKinney spew antisemitism

On the last Monday in June 2021, former Congresswoman for Georgia’s 4th Congressional District, the anti-Semitic Cynthia McKinney, proved that her brain is still not wired up to code despite being out of office for fourteen years.  McKinney, who was once arrested for slapping a US Capitol Policeman who asked her for ID,  posted on Twitter anti-Semitic conspiracy theories, this one blaming the Jews for 9/11.

“The Final Piece of the Puzzle,” she wrote with a picture that makes her claim very clear, so clear that Twitter actually took it down on Tuesday morning.  She also posted it on her Facebook page, where it is still up along with her other anti-Semitic posts on both platforms.

This is a flip-flop for the Georgia crazy lady. She used to blame 9/11 on Bush #43 and Dick Chaney. 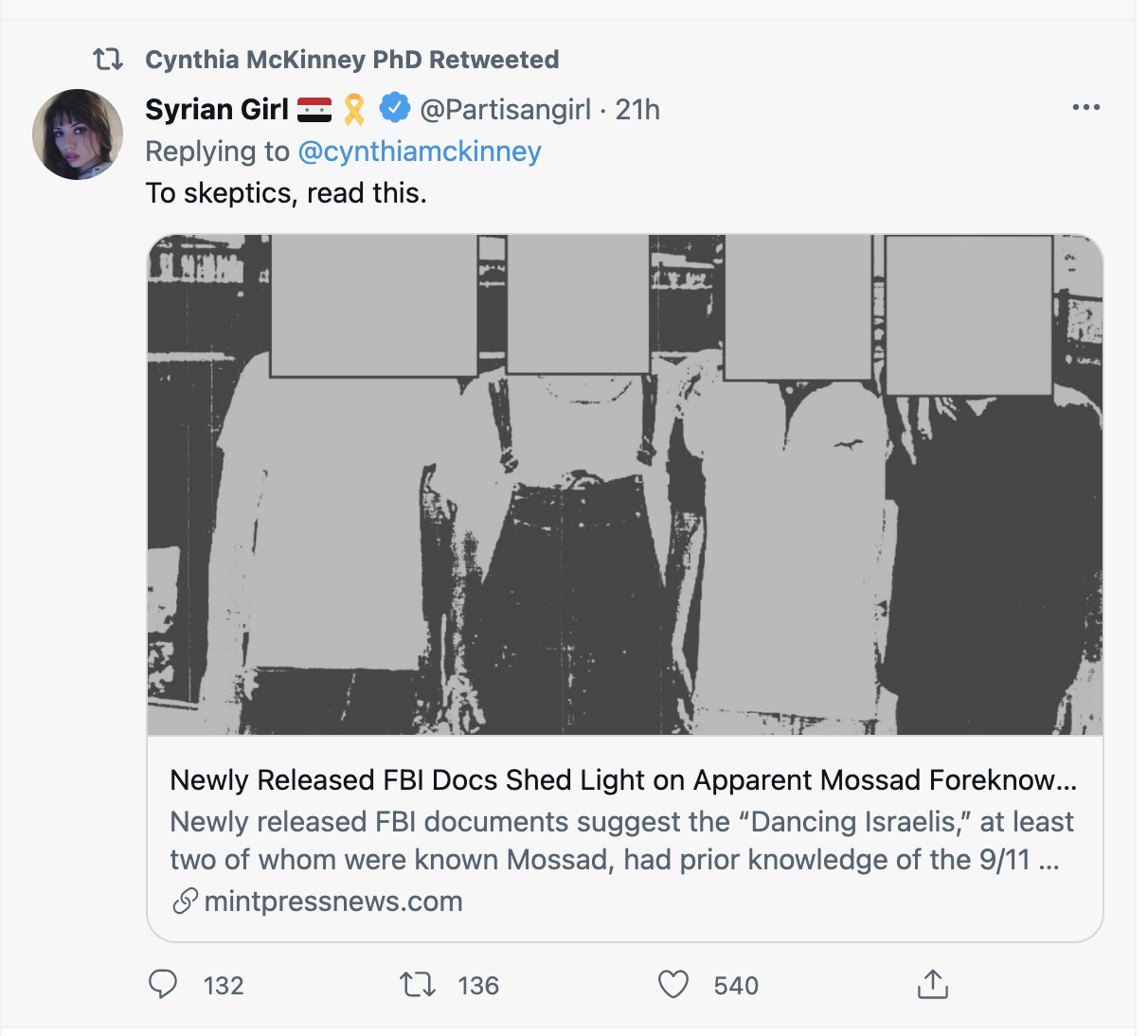 Where McKinney hasn’t flip-flopped is her hatred of Jews.

It’s not even her lowest pic.twitter.com/7FffzP3pms

On Facebook page McKinney who is nuttier than a porta-potty at a peanut convention used another anti-Semitic canard by tying the death of John McAfee to those darn Rothschilds:

Did you know that the Jews think they also run the British foreign office? McKinney does:

Maybe those Jews control Britain because they like to kill.

McKinney is confusing because she also says Israel isn’t killing using spies but with biological weapons.

She does give the Jews credit for learning something from its recent war with Hamas:

Steal and Kill and you shall be rewarded: https://t.co/2XlX2OoKrd

Did you know when the US killed the Iranian terrorist Solemani, Trump’s announcement speech was written by Israel? I bet neither Trump nor anyone in Israel knew either:

There’s plenty more putrid hate from McKinney on Twitter and Facebook.  Not that either social media gives a rat’s arse about the Georgia crazy lady using their platform to broadcast Antisemitism. Twitter took down one tweet but not the others and she is allowed to keep her accounts.

Cynthia McKinney may have intellect rivaled only by garden tools and she is allowed to push hatred on social media. Why? Because she is a liberal. On the other hand, President Trump is banned because he is a conservative and a very popular one at that.

Truth be told is that neither Facebook nor Twitter is bothered by Jew-hatred, they’re only bothered by conservatism.