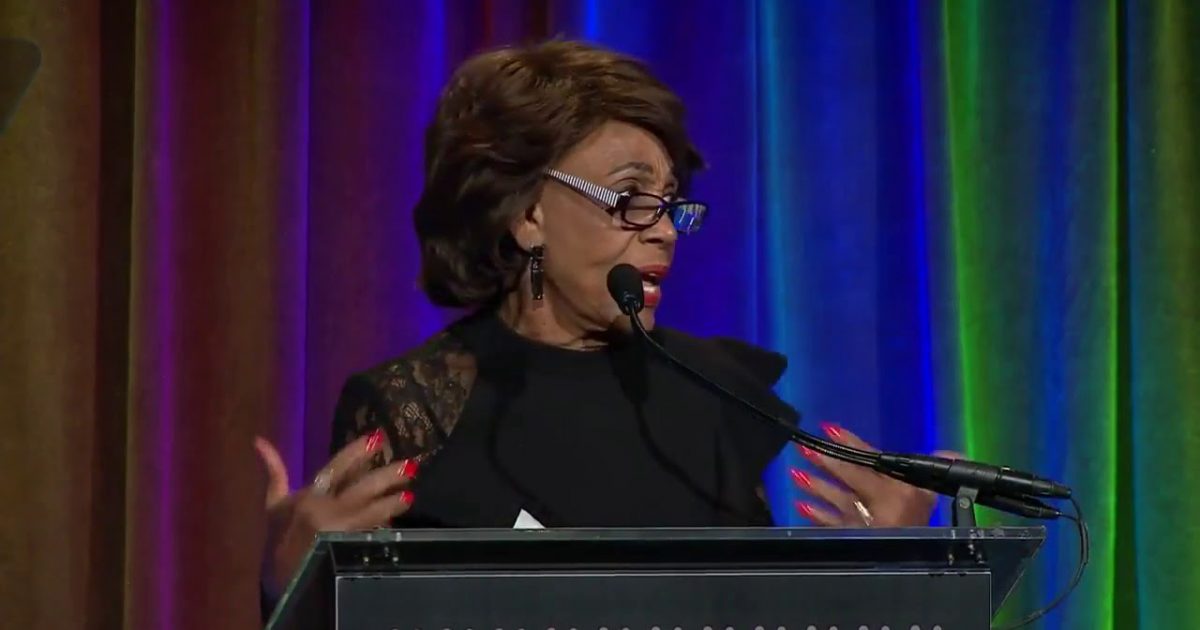 We are living in a world of political absurdity in 2017, as open threats on the life of the President by prominent Democrats are not as rare as they should be, the latest attack comes from mad Maxine Waters who has gone past calling for Donald Trump’s impeachment and seemingly has threatened the president with bodily harm.

In fact, unless you are pursuing the free press of the right wing, you are unlikely to even be informed of such uncouth behavior coming out of the liberal fracas.  It was just a year ago that a crazed liberal attempted to wrestle a gun away from a police officer at a Donald Trump rally with the stated purpose of murdering then-candidate Trump, only to have the entire event ignored by the mainstream media.

Then, when James T. Hodgkinson opened fire on a baseball field full of GOP congressmen, severely injuring Rep. Steve Scalise, leftist outlets such as CNN and MSNBC avoided the shooter’s background as a Bernie Sanders campaign volunteer like the plague.

Now, yet again, we have the democrats acting with a lack of decorum and class that would make inmates blush, and with no recourse from within the radical left.  And, no surprise here, the nonsense is coming from Maxine Waters.

Waters, a Democrat from California with a history of corruption promised a group that benefits ‘homeless LGBTQ youth’ that she will ‘take out’ the president — and the liberal audience wildly applauded.

“Appearing recently at the Ali Forney Center gala in New York City, it only took Waters 27 seconds before she slammed Trump.

“’Wow, what a moving evening this is,’ Waters began on October 13 in a clip posted Friday.

“’I’m sitting here listening, watching, absorbing, thinking about Ali even though I never met him. And with this kind of inspiration, I will go and take out Trump tonight,’ she said as the crowd roared in approval and Waters pumped her fist.”

This is, of course, not the first time that Waters has made absurd and morally bankrupt statements about President Trump, and it likely won’t be the last.

Maxine Waters has seemingly injected herself into the front line of the so-called “resistance” to the President, with Democrats and progressive from all across the nation banding together in order to defame Donald Trump, delegitimize his electoral victory, and defile the office of the President. The lady is nuts.