Prosecutors Didn’t Dare Charge Her With Breaking The Local Mask Mandate, However… 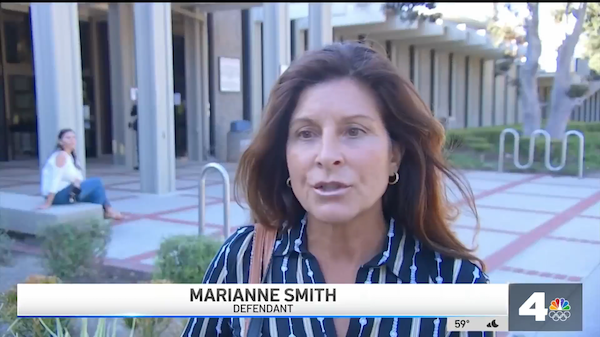 The war over pandemic precautions is reaching a fever pitch these days, as both sides of the argument continue to ratchet up their fervor and their ferocity.  maskless convicted of trespassing

Among us are those who are just over the whole coronavirus thing.  They see the issue as resolved:  Some among us will take precautions, others will take their chances.  They see this nation as one that allows us all the freedom to decide the amount of risk we’re willing to take.

The more cautious among us, however, find the aforementioned non-worriers to be an affront to the idea of community and have consistently placed extraneous and arbitrary mandates in the way of their freedom.

This has now led to a ridiculous litigious situation in California.

A Southern California woman who refused to wear a mask or leave a grocery store last year was convicted of trespassing and obstructing a business or customers.

Smith was unsatisfied with the outcome.

Smith said she cannot wear a mask due to a medical condition and her lawyer said she went into the store to get food, not to protest.

“Justice was not served, but I accept it,” Smith, 57, said outside the courthouse. “Because it was important to talk about these issues today.”

Another woman arrested with Smith previously accepted a plea deal requiring a donation to a coronavirus relief fund and admitted to an infraction for refusing to leave the store when a police officer ordered her to leave the premises at the owner’s request. A third woman who entered with them apparently left before police responded.

Oddly, a local district attorney had a different take on the situation, calling prosecutors out for charging Smith for trespassing, as opposed to breaking the mask mandate, in an effort to keep their names far away from such a hot-button topic.