They Should Look At Their Own Propaganda 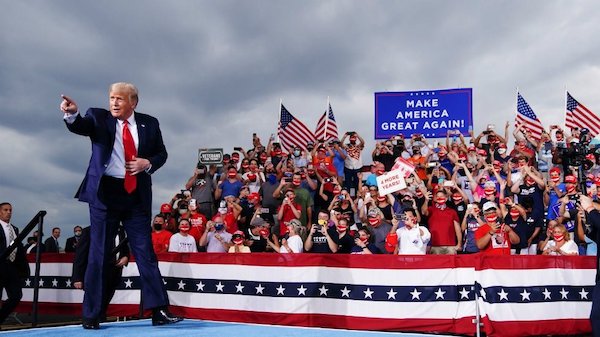 The Hill published a report in which they attempted to mask-shame Trump supporters at a rally in North Carolina, but it didn’t go very well. The headline is pretty straight-forward: “Trump, supporters gather without masks in NC despite request from local GOP official.”

“President Trump and scores of supporters gathered for a rally in Winston-Salem, N.C., on Tuesday without masks, despite the urging of a local Republican official and a state mandate,” the opening paragraph reads.

One – the President hasn’t worn a mask very often, if ever, at campaign speeches, with White House Press Secretary Kayleigh McEnany referring to it as a “personal choice.” Plus, it’s kind of hard to make a speech with a mask on.

Two – the accompanying photo that the Hill chose to use in driving the point home about his supporters shows … every single person in that section of the audience wearing a mask.

This tweet has since been deleted, but a screenshot can be seen below, and an archive of it can be seen here. 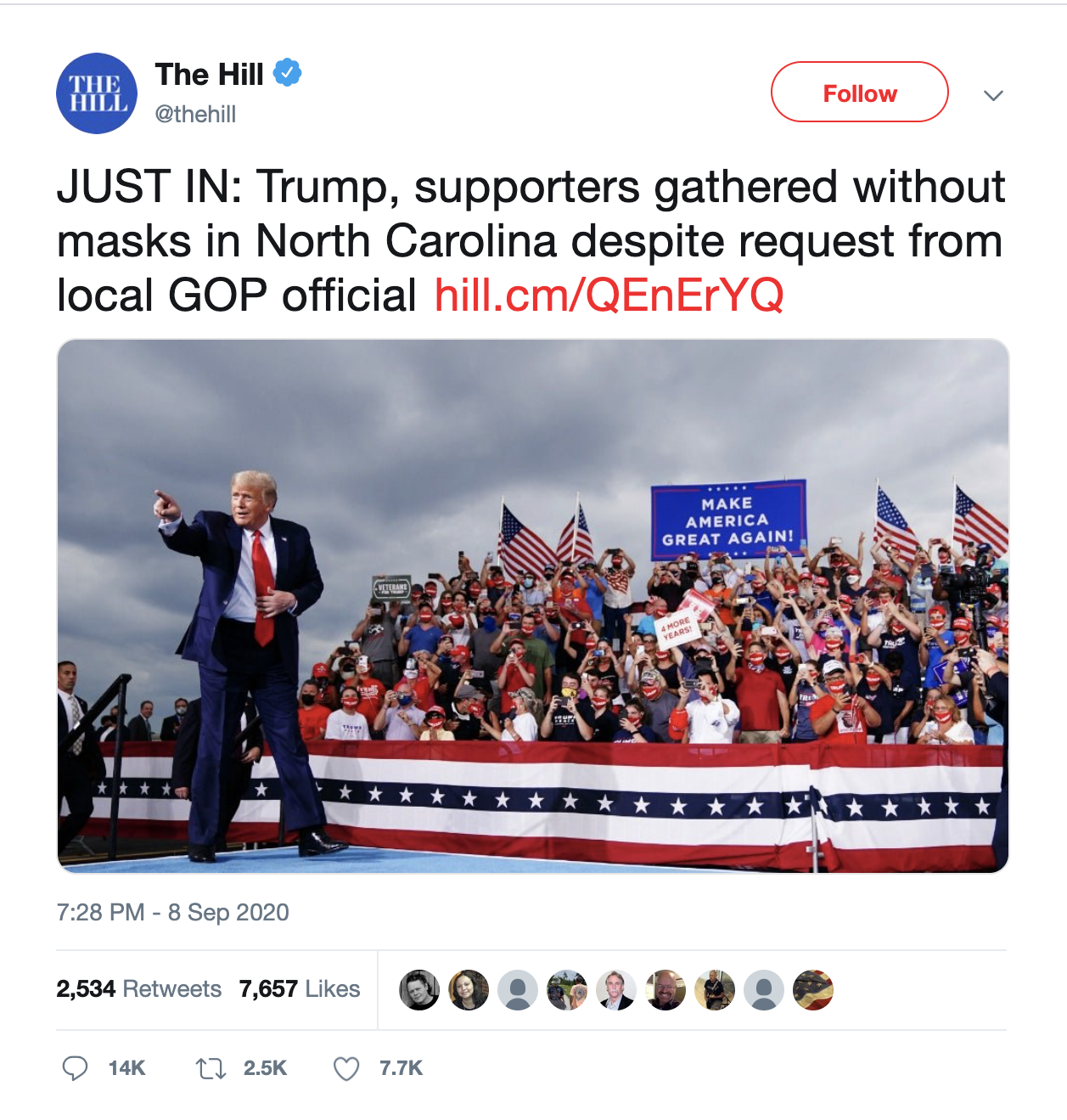 Did They Not Look At Their Own Image?

Seriously? They couldn’t find some people in the crowd who weren’t actually wearing masks?

We aren’t suggesting there weren’t any to be found, as other pictures from the rally clearly show some supporters of the President not wearing masks.

But shedding the ‘fake news’ mantra isn’t exactly helped along by posting a picture that directly contradicts the reporting.

The President’s son, Donald Trump Jr., had a field day mocking The Hill for their efforts.

“WTF? Literally, all you have to do is zoom in on the picture to realize that everyone gathered in the stands is wearing a mask,” he tweeted. “I was able to do it on my iPhone in two seconds!”

He added, “I guess ‘journalists’ are not capable of basic observation, they just blindly run with the narrative.”

WTF? Literally all you have to do is zoom in on the picture to realize that everyone gathered in the stands is wearing a mask.
I was able to do it on my iPhone in two seconds!
I guess “journalists” are not capable of basic observation, they just blindly run with the narrative. https://t.co/aNtxhmhgGn

This is typical of today’s leftist media. Let’s take an image where 100% of the people are wearing masks and tell the American people that they’re not, in fact, wearing masks. And they expect the public to believe them.