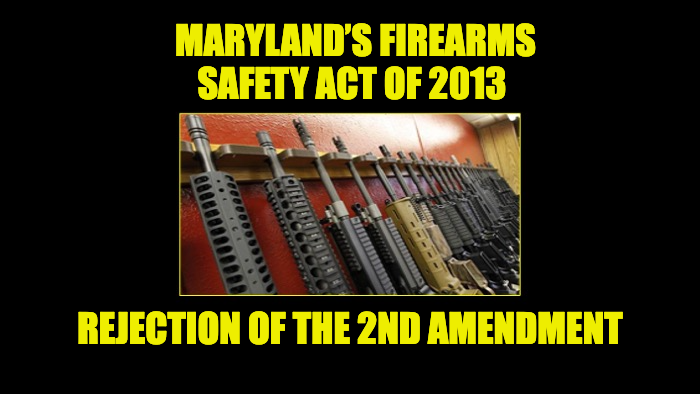 Maryland’s rigid gun law is the center of a lawsuit that now has Attorneys General from 25 states filing an Amicus brief against it. The Supreme Court is being urged to take up the case, Bianchi v. Frosh, court file 21-902. The 4th Circuit court upheld the law back in September. The Petitioners argue that the 4th Circuit Court “fashioned its own standard” rather than adhering to Supreme Court Rulings.

Maryland’s Firearms Safety Act of 2013, enacted on the theory that restricting legal gun purchases promotes safety, is among the strictest in the nation. The legal regime requires that those who wish to purchase a pistol seek a license. Applicants must complete safety training and be fingerprinted before a gun permit will be issued. The state bans popular weapons such as the AR-15 and similar rifles and limits magazine capacity to 10 rounds. Maryland law also prohibits firearms with features such as flash hiders and folding stocks that the bloc of states argues enhance gun safety.

Second Amendment advocates understand that Maryland’s rigid gun law has nothing to do with ‘safety.’ It does have to do with restricting the rights enumerated in the US Constitution. The 25 states that have filed the “friend of the court” brief are Alabama, Alaska, Arkansas, Florida, Georgia, Idaho, Indiana, Kansas, Kentucky, Louisiana, Mississippi, Missouri, Montana, Nebraska, New Hampshire, Ohio, Oklahoma, South Carolina, South Dakota, Texas, Utah, Virginia, West Virginia, and Wyoming.

The petitioners filed the lawsuit in December 2020. The premise of their request for Certiorari is

“Whether the Constitution allows the government to prohibit law-abiding, responsible citizens from protecting themselves, their families, and their homes with a type of “Arms” that are in common use for lawful purposes?”

… Maryland’s categorical ban on the possession of common semiautomatic firearms is facially unconstitutional under the Second Amendment, which is applicable to Maryland under the Fourteenth Amendment.

excerpt from the PDF request for Writ of Certiorari

The Attorneys General for the 25 states stated that the Maryland ban on commonly owned firearms would “perversely result in eliminating constitutional protection from the very arms the Founders expected law-abiding citizens to bring with them when mustering for militia service … but taken to the limits of its logic, this standard threatens to strip constitutional protection from virtually all firearms.”

The Supreme Court may issue its ruling on the New York State Rifle and Pistol Association v. Bruen at any time. Meanwhile, Maryland’s response to the request for Certiorari has been moved to March 16. Whether or not the 25 states that have filed an Amicus brief will make a difference in the outcome is anyone’s guess.